By Guest contributor(s)Saturday 19 May 2012 No Comments 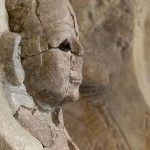 IN THE spring of 1887 a Lebanese villager named Mohammed Sherif discovered a well near Sidon that led to two underground chambers. These turned out to be a royal tomb containing 18 magnificent marble sarcophagi dating back to the fifth century BC. The Ottoman sultan, Abdul Hamid II, ordered the sarcophagi exhumed, placed on rails and carried down to the Mediterranean coast, where they were sent by ship to Istanbul. The largest sarcophagus was believed to contain the remains of Alexander the Great. The coffin is not Turkish and Sidon is now in Lebanon, but the sarcophagus is regarded as Istanbul’s grandest treasure, as important to the archaeology museum there as the “Mona Lisa” is to the Louvre.

The mildly Islamist government of Recep Tayyip Erdogan, led by the Justice and Development (AK) party, likes to think of itself as the heir of the Ottoman sultans. The Turkish authorities have recently launched a wave of cultural expansionism, building new museums, repairing Ottoman remains, licensing fresh archaeological excavations and spending more on the arts. A grand museum in the capital, Ankara, is due to open in time for the centenary of the Turkish republic in 2023. “It will be the biggest museum in Turkey, one of the largest in Europe; an encyclopedic museum like the Metropolitan or the British Museum (BM),” boasts an aide to Ertugrul Gunay, the culture and tourism minister. “It’s his baby, his most precious project.”
In this section

Turkey’s cultural plans at home are coupled with an unprecedentedly bold campaign to bring back treasures that it believes were stolen, which now sit in Western museums. These plans enjoy political support across the spectrum and the backing of all Turkey’s museum directors. The campaign targets many more objects and museums than the government has so far let on. “We are not waging a battle,” says Mr Gunay. “But this is definitely a struggle in the field of culture. And we are determined to boost our efforts in a more determined and more persistent way.”