The high cost of neoliberalism

By Guest contributor(s)Wednesday 30 June 2010 No Comments

Financial liberalisation undermines democracy, handing power to a “virtual senate” that acts on behalf of the wealthy few. But a handful of Latin American countries offer an alternative.
In the contemporary world of state-capitalist nations, loss of sovereignty can lead to a diminution of democracy, and a decline in the ability of states to conduct social and economic policy on their own terms. History shows that, more often than not, loss of sovereignty leads to liberalisation imposed in the interests of the powerful. In recent years, the regime thus imposed has been called “neoliberalism”. It is not a very good term, as the social-economic regime in question is not new; nor is it liberal, at least as the concept was understood by classical liberals. The very design of neoliberal principles is a direct attack on democracy. 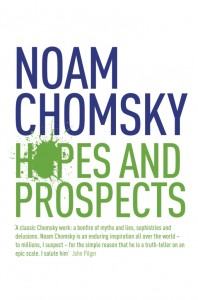 The central doctrine of neoliberalism is financial liberalisation, which took off in the early 1970s. Some of its effects are well known. With the increase in speculative capital flows, countries were forced to set aside much larger reserves to protect their currencies from attack. It is striking that countries which maintained capital controls – among them India and China – avoided the worst of the Asian financial crisis of 1997-98.

In the United States, meanwhile, the share of the financial sector in corporate profit rose from just a few per cent in the 1960s to over 30 per cent in 2004. Concentration also increased sharply, thanks largely to the deregulatory zeal of the Clinton administration. By 2009, the share of banking industry assets held by the 20 largest institutions stood at 70 per cent.

Among the consequences of financialisation is the creation of what an analysis by the investment bank Citigroup calls “plutonomy”. The bank’s analysts describe a world that is dividing into two blocs: the plutonomy and the rest. The US, UK and Canada are the key plutonomies: economies in which growth is powered by – and largely consumed by – the wealthy few. In plutonomies, these rich consumers take a disproportionately large slice of the national pie. Two-thirds of the world’s economic growth is driven by consumption, primarily in the pluto­nomies, which monopolise profits as well.
The virtual senate

Citigroup’s “plutonomy stock basket” has far outperformed the world index of developed markets since 1985, when the Reagan-Thatcher programmes for enriching the very wealthy were taking off. This is a substantial extension of the “80-20 rule” that is taught in business schools: 20 per cent of your customers provide 80 per cent of the profits, and you may be better off without the other 80 per cent. Corporations recognised years ago that modern information technology allows them to identify profitable customers to whom they can provide grand treatment, while deliberately offering skimpy services to the rest, creating a form of “consumer apartheid”.

Financial liberalisation also creates what some international economists have called a “virtual senate” of investors and lenders, who “conduct moment-by-moment referendums” on government policies. If the virtual senate determines that those policies are irrational – meaning that they are designed to benefit people, not profit – then it can exercise its “veto power” by capital flight, attacks on currency and other means. Take one recent example: after Hugo Chávez was elected president of Venezuela, capital flight escalated to the point where assets held abroad by wealthy Venezuelans equalled a fifth of the country’s GDP. With capital flow liberalised, governments face a “dual constituency”: voters and the virtual senate. And even in the richest countries, the private constituency tends to prevail.

The Bretton Woods system put in place at the end of the Second World War was designed on the understanding that capital controls and regulated currencies would create a space for government action responding to public will – for some measure of democracy, that is. Keynes considered the most important achievement of Bretton Woods to be the establishment of the right of governments to restrict capital movement. In dramatic contrast, in the neoliberal phase that followed, the US treasury department came to regard free capital mobility as a “fundamental right”, unlike such alleged rights as those guaranteed by the United Nations Universal Declaration of 1948: to health, education, decent employment and security – entitlements that the Reagan and Bush administrations dismissed as “preposterous”, “letters to Santa Claus”, mere “myths”.

In earlier years, the public had not been much of a problem. In his definitive history of the international monetary system, the economist Barry Eichengreen observes that, in the 19th century, governments had not yet been “politicised by universal male suffrage and the rise of trade unionism and parliamentary labour parties”. This meant that the severe costs imposed by the virtual senate of lenders and investors could be transferred to the general population.

But with the radicalisation of the general public during the Great Depression and the anti-fascist war that followed, this luxury was no longer available to private power and wealth. Hence, in the Bretton Woods system, Eichengreen writes, “limits on capital mobility sub­stituted for limits on democracy as a source of insulation from market pressures”. It is only necessary to add the obvious corollary: with the dismantling of that system from the 1970s on, functioning democracy was restricted.
Real choices

In Latin America, specialists and polling organisations have, for some time, observed that the extension of formal democracy was accompanied by an increasing disillusionment about democracy and a lack of faith in democratic institutions. A persuasive explanation for these disturbing tendencies was given by the Argentinian political scientist Atilio Boron, who pointed out that the new wave of democratisation in Latin America coincided with neoliberal economic “reforms”, which undermine effective democracy. The phenomenon extends worldwide, although it appears that the tendency may have reversed in recent years, with departures from neoliberal orthodoxy.

The annual polls on Latin American opinion by the Chilean polling agency Latinobaró­metro, and their reception in the west, are interesting in this respect. Few elements of the reigning western orthodoxy are upheld with more fervour than the view that Chávez is a tyrant dedicated to the destruction of democracy. The polls are therefore a serious annoyance that have to be overcome by the usual device: suppression.

The November 2007 poll had the same irritating results as in the preceding few years: Venezuela ranked second behind Uruguay in satisfaction with democracy and third in satisfaction with leaders. It ranked first in the assessment of the current and future economic situation, equality and justice, and education standards. True, it ranked only 11th in favouring a market economy but, even with this flaw, overall it ranked highest in Latin America on matters of democracy, justice and optimism, far above the US favourites Colombia, Peru, Mexico and Chile.

The Latin America analyst Mark Turner has written of an “almost total English-speaking blackout about the results of this important snapshot of [Latin American] views and opinions”. He also found the usual exception: there were reports of the finding that Chávez is about as unpopular as Bush in Latin America, a fact that will come as little surprise to those who are familiar with the bitterly hostile coverage to which the Venezuelan president is subjected in the media, not least (and this is an odd feature of this putative dictatorship) in his country.

In the US, faith in institutions has been declining steadily. It is interesting to compare recent presidential elections in the richest country in the world and the poorest country in South America, Bolivia. In the 2004 US presidential election, voters had a choice between two men born to wealth and privilege, who attended the same elite university, joined the same secret society where privileged young men are trained to take their place in the ruling class, and were able to run in the election because they were supported by pretty much the same conglomerations of private power. Their announced programmes were similar, consistent with the needs of their primary constituency: wealth and privilege.

By contrast, in the December 2005 election in Bolivia, voters were familiar with the issues: control of resources, cultural rights for the indigenous majority, problems of justice in a complex multi-ethnic society and many others. They eventually chose Evo Morales, someone from their own ranks, and not a representative of narrow sectors of privilege. There was real participation, extending over years of intense struggle and organisation.

Election day was not just a brief interlude for pushing a lever and then retreating to passivity and private concerns, but one phase in ongoing participation in the workings of the society. The comparison, and it is not the only one, raises some questions about where democracy promotion is most needed.

Latin America has real choices, for the first time in its history. The usual modalities of imperial control – violence and economic strangulation – are much more limited than before. There are lively and vibrant popular organisations providing the essential basis for meaningful democracy. Latin American and other former colonies have enormous internal problems and there are sure to be many setbacks, but there are promising developments as well. It is in these parts of the world that today’s democratic wave finds its basis and its home. That is why the World Social Forum has met in Porto Alegre, Mumbai, Caracas, Nairobi, not in northern cities, though by now the global forum has spawned many regional and local offshoots, doing valuable work geared to problems of significance in their own regions.

The former colonies, in Latin America in particular, have a better chance than ever before to overcome centuries of subjugation, violence and foreign intervention, which they have so far survived as dependencies with islands of luxury in a sea of misery. These are exciting prospects for Latin America, and if the hopes can be realised, even partially, the results cannot fail to have a large-scale global impact as well.