Turkey: A Democratic Superpower in the Middle East 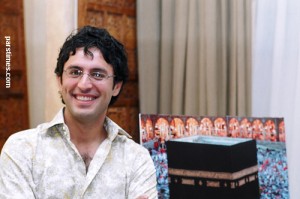 Istanbul—A political party espousing a commitment to what it calls “Islamic moral values” has brought Turkey closer to a full-fledged democracy than it has ever been.

The reforms strengthen the rights of women, children and the handicapped, provide greater freedoms for Turkey’s Christian and Kurdish minorities (both of whom have been repeatedly persecuted and marginalized by previous governments), relax Turkey’s restrictive labor laws, curtail the role of the military in political affairs and allow for the creation of more democratic institutions throughout the country. More crucially, the reforms reorganize the structure of the court system, providing greater legal protections for ordinary citizens while stripping the military of its immunity against prosecution in civilian courts.

Opponents in the constitutional referendum argued that it ceded too much power to the president and parliament, particularly when it comes to appointing judges. Yet such arguments failed to persuade voters, nearly 60 percent of whom voted for the package of reforms that the AKP presented as a necessary step toward Turkey’s membership in the European Union. (Interestingly, even as enthusiasm for EU membership has deteriorated in Turkey—support has dropped to 54 percent from 68 percent in 2005—the economic and political changes have proved so popular that they seem no longer to be dependent on what Europe wants from Turkey, but on what Turks want for themselves.)

Since coming to power in 2002, the AKP, which models itself on Europe’s conservative Christian Democratic parties, has steadily chipped away at the military’s self-ascribed role as the protector of Turkish democracy. Instead, the AKP has provided Turks with a model of governance that reflects a commitment to constitutional democracy and the rule of law, but without the need to forcibly repress the country’s religious identity.

Not only has Turkey become a freer, more liberal, more inclusive and more democratic country under the AKP, it has also become a more dominant global power and has experienced an unprecedented period of economic growth. Indeed, the Turkish economy has come out of the global recession stronger than ever, posting a 10.3 percent growth in GDP in the second quarter of this year. That makes Turkey the third-fastest-growing economy in the world behind Singapore and Taiwan.

And yet the AKP continues to face the same tired rhetoric from Turkey’s main opposition parties that it is undermining the “secular foundations” of the state by, for example, allowing girls to go to school while wearing a simple scarf over their hair.

One hears similar criticisms in the United States, where there has been a lot of hand-wringing lately over Turkey’s increasingly assertive foreign policy, its deepening ties with Iran, Syria and Iraq, and its overt criticism of Israel’s treatment of the Palestinians. Some have even suggested that Turkey, the only Muslim member of NATO, is turning away from its strategic alliance with the West and instead building an “Islamic axis” against America’s interests in the region.

This is nonsense. It is not Islam that drives the AKP’s foreign or domestic policy but rather its economic and national security interests. If Turkey has been focusing its diplomatic efforts on the Middle East, Central Asia and the Persian Gulf, it is because that is where its economic growth is coming from, not from Europe or the US.

Further, Turkey’s more robust foreign policy and its attempts to insert itself as a mediator in the region’s conflicts are the result of its revived sense of national confidence. Turkey is no longer willing to be subordinate to the US but insists on being treated as an ally and equal, with its own proposals and policies for dealing with the region’s problems.

That is a good thing, because Turkey’s interests in the region—whether regarding a two-state solution to the Israeli-Palestinian conflict, or building stability in Iraq and Afghanistan, or keeping Iran from developing nuclear weapons—align with those of the US In fact, it is no exaggeration to say that Turkey is now America’s most important strategic ally in the Middle East.

More significantly, Turkey has provided the peoples of the Middle East with a more authentic example of Islamic governance than one finds in the secular dictatorships of Egypt, Jordan and Syria or the religious authoritarianism of Iran and Saudi Arabia. The AKP has proved that there need not be any contradictions between Islam and democracy, that a party committed to Islamic values can be equally committed to human rights, constitutionalism, pluralism and the rule of law. And with the passage of the constitutional reforms, Turkey took another step toward solidifying its position as the new superpower of the Middle East: the shining model of what a modern, Muslim-majority democracy can achieve if given the opportunity.