By Ramin JahanbeglooThursday 17 February 2011 No Comments 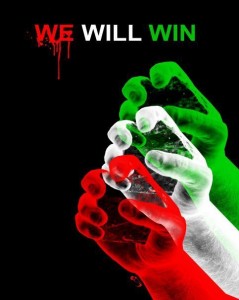 The collapse of the Hosni Mubarak regime is a great victory for democracy in Egypt in particular and for the middle east and the Muslim world in general. This Egyptian experience of democratisation shows once again that the deepest life of democracy is in the passion of its citizens, and that this is a fluid arena which has to deal with unforeseen challenges from both within and outside the society.

The relationship between Islam and democracy is best understood in a perspective that views both the global context of democratisation and the distinctive concepts and experiences of Muslims. The Tunisian and Egyptian experiences of democracy have shown that democratisation in the Muslim world  takes place less within the framework of the existing state systems than at the level of civil societies.

Before the appearance of the new democratic paradigm in the Arab and Muslim world, many observers ascribed the weakness of the civil societies in the middle east to cultural factors. This perspective forgot two things. First, the sheer ruthlessness of regimes that refused society any room to manoeuvre: no free trade unions, no real opposition, no free press, no tolerance of even a hint of dissent. Second, the miracle that stubborn civil societies did persist in countries like Tunisia and Egypt; even after decades of brutal rule underwritten by external economic and diplomatic support, courageous activists continued their work, and helped to lay the ground for the democratic revolt.

Moreover, the Iranian experience shows that even within a religiously dominated society a basis for “civic pluralism” can be created. Although other forms of civility and civic discourse exist in Muslim societies, this civic pluralism – with roots in a spiritual-based reading of pluralism, in opposition to moral and political “monism” – offers a rich model for those seeking to make democratic change sustainable.

There is potential here for a Muslim politics that is both civil and democratic, and thus transcends the banal choice that has dominated much of the last decade: between an ossified view of the Qur’an (proclaimed by a rigid Islamism) and uncritical adoption of western norms (advocated by a dogmatic mindset impervious to reality on the ground). But to realise this potential, each Muslim society needs to refine such concepts as civic decency, institutionalised pluralism, and individual rights to fit within its own principles of political reasoning.

This is the challenge for civic activists in Muslim societies. The core principle that should shape their work is a pluralist acceptance of a common human horizon in the process of democratic development. This is the basis on which they can contest the hegemony of both religious and political fundamentalists.

The absence of democracy has trapped the regimes of the middle east and blocked any hope of their achieving social justice. The result is widespread and pervading fragmentation and division. Indeed, the gap between the rulers and the people is so wide that – as events in Egypt and Tunisia make clear – it cannot be bridged without the help of civil-society actors. Civil society, more than the state apparatus, has become the core site of democratisation in these Muslim societies.

A space has now been opened for a new civil and democratic politics in the Muslim world. As it evolves, it is likely that it will share some of the values adopted in the west and refuse others. In particular, it may be that real democratic development in Muslim societies will entail a decoupling of democracy from liberalism. What will remain is an understanding that democracy is a form of political association that can accommodate the plurality of communities while not rejecting traditional wisdom.

The process is just beginning. The events in Tunisia, Egypt, and elsewhere already suggest that the emerging civic, plural and democratic politics in Muslim societies could distinguish themselves by associating debates on freedom (including in relation to religion) with debates on models of good governance.

There is a big agenda in waiting, and many tests for civil society. To establish and nurture a process of mutual listening and learning among (and within) secular and religious forces in the region will be a vital component in making public life more democratic and accommodating.

Civic activists from all areas of social life are central to the events now unfolding. From Egypt to Iran, Yemen to Algeria, Tunisia to Bahrain, they carry crucial democratic responsibilities: connecting freedom and good governance, creating a culture of democracy, and shaping a civic pluralism where the religious and the secular can coexist. Tunisia and Egypt have lit a benign fire that fills the region with hope that they can succeed.

Ramin Jahanbegloo is professor [8] in the Centre for Ethics [8] at the University of Toronto. He was previously Rajni Kothari professor of democracy at the Centre for the Study of Developing Societies [8] in Delhi. His twenty books include India Revisited: Conversations on Contemporary India [8] (Oxford University Press, 2007).