By Guest contributor(s)Thursday 29 December 2011 No Comments 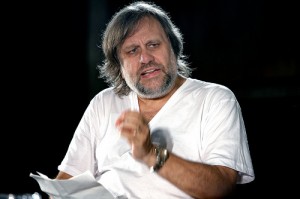 Don’t fall in love with yourselves, with the nice time we are having here. Carnivals come cheap – the true test of their worth is what remains the day after, how our normal daily life will be changed. Fall in love with hard and patient work – we are the beginning, not the end.

Our basic message is: the taboo is broken, we do not leave in the best possible world, we are allowed and obliged even to think about alternatives. There is a long road ahead, and soon we will have to address the truly difficult questions – questions not about what we do not want, but about what we DO want. What social organization can replace the existing capitalism? What type of new leaders we need? The twentieth-century alternatives obviously did not work.

So do not blame people and their attitudes: the problem is not corruption or greed, the problem is the system that pushes you to be corrupt. The solution is not “Main Street, not Wall Street,” but to change the system where main street cannot function without Wall street. Beware not only of enemies, but also of false friends who pretend to support us, but are already working hard to dilute our protest. In the same way we get coffee without caffeine, beer without alcohol, ice-cream without fat, they will try to make us into a harmless moral protest. But the reason we are here is that we had enough of the world where to recycle your Coke cans, to give a couple of dollars for charity, or to buy Starbucks cappuccino where 1% goes for the Third World troubles is enough to make us feel good. After outsourcing work and torture, after the marriage agencies started to outsource even our dating, we see that for a long time we were allowing our political engagements also to be outsourced – we want them back.

They will tell us we are un-American. But when conservative fundamentalists tell you that America is a Christian nation, remember what Christianity is: the Holy Spirit, the free egalitarian community of believers united by love.

We here are the Holy Spirit, while on Wall Street they are pagans worshipping false idols.

They will tell us we are violent, that our very language is violent: occupation, and so on. Yes we are violent, but only in the sense in which Mahatma Gandhi was violent. We are violent because we want to put a stop on the way things go – but what is this purely symbolic violence compared to the violence needed to sustain the smooth functioning of the global capitalist system?

We were called losers – but are the true losers not there on the Wall Street, and were they not bailed out by hundreds of billions of your money? You are called socialists – but in the US, there already is socialism for the rich. They will tell you that you don’t respect private property – but the Wall Street speculations that led to the crash of 2008 erased more hard-earned private property than if we were to be destroying it here night and day – just think of thousands of homes foreclosed.

We are not Communists, if Communism means the system which deservedly collapsed in 1990 – and remember that Communists who are still in power run today the most ruthless capitalism (in China). The success of Chinese Communist-run capitalism is an ominous sign that the marriage between capitalism and democracy is approaching a divorce. The only sense in which we are Communists is that we care for the commons – the commons of nature, of knowledge – which are threatened by the system.

They will tell you that you are dreaming, but the true dreamers are those who think that things can go on indefinitely they way they are, just with some cosmetic changes. We are not dreamers; we are the awakening from a dream which is turning into a nightmare. We are not destroying anything; we are merely witness how the system is gradually destroying itself. We all know the classic scene from cartoons: the cat reaches a precipice, but it goes on walking, ignoring the fact that there is no ground under its feet; it starts to fall only when it looks down and notices the abyss. What we are doing is just reminding those in power to look down.

So is the change really possible? Today, the possible and the impossible are distributed in a strange way. In the domains of personal freedoms and scientific technology, the impossible is becoming increasingly possible (or so we are told): “nothing is impossible,” we can enjoy sex in all its perverse versions; entire archives of music, films, and TV series are available for downloading; space travel is available to everyone (with the money); we can enhance our physical and psychic abilities through interventions into the genome, right up to the techno-gnostic dream of achieving immortality by transforming our identity into a software program. On the other hand, in the domain of social and economic relations, we are bombarded all the time by a You cannot … engage in collective political acts (which necessarily end in totalitarian terror), or cling to the old Welfare State (it makes you non-competitive and leads to economic crisis), or isolate yourself from the global market, and so on. When austerity measures are imposed, we are repeatedly told that this is simply what has to be done. Maybe, the time has come to turn around these coordinates of what is possible and what is impossible; maybe, we cannot become immortal, but we can have more solidarity and healthcare?

In mid-April 2011, the media reported that Chinese government has prohibited showing on TV and in theatres films which deal with time travel and alternate history, with the argument that such stories introduce frivolity into serious historical matters – even the fictional escape into alternate reality is considered too dangerous. We in the liberal West do not need such an explicit prohibition: ideology exerts enough material power to prevent alternate history narratives being taken with a minimum of seriousness. It is easay for us to imagine the end of the world – see numerous apocalyptic films, but not end of capitalism.

In an old joke from the defunct German Democratic Republic, a German worker gets a job in Siberia; aware of how all mail will be read by censors, he tells his friends: “Let’s establish a code: if a letter you will get from me is written in ordinary blue ink, it is true; if it is written in red ink, it is false.” After a month, his friends get the first letter written in blue ink: “Everything is wonderful here: stores are full, food is abundant, apartments are large and properly heated, movie theatres show films from the West, there are many beautiful girls ready for an affair – the only thing unavailable is red ink.” And is this not our situation till now? We have all the freedoms one wants – the only thing missing is the “red ink”: we “feel free” because we lack the very language to articulate our unfreedom. What this lack of red ink means is that, today, all the main terms we use to designate the present conflict – “war on terror,” “democracy and freedom,” “human rights,” etc. etc. – are FALSE terms, mystifying our perception of the situation instead of allowing us to think it. You, here, you are giving to all of us red ink.

Slavoj Zizek is a Slovenian philosopher. His recent books include First as Tragedy, Then as Farce (Verso 2009), In Defense of Lost Causes (Verso 2009), and Living in the End Times (Verso 2011).