Cairo, Benghazi and beyond: Beware the false fury

By Hamid DabashiFriday 14 September 2012 No Comments 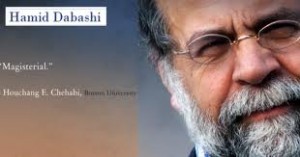 Back in the late 1970’s when I was a graduate student at the University of Pennsylvania one day my late mentor Phillip Rieff (1922-2006) walked into my small cubical of an office and saw me reading the New York Times. He quietly turned around, went to his own office and came back with a pair of scissors, handed it to me and said: “Never read the papers without a pair of scissors—to cut out clips that will become handy later for your theories——for facts always arise obediently to meet the theory,” and then he stared straight into my eyes with his habitually piercing gaze and said:  “Remember we are sociologist we collect garbage.”

It was in that spirit that I actually sat down and watched the atrocity—the whole 13:51 minutes of it put on YouTube—this “Muhammad Movie Trailer” for the evidently even longer calamity called “The Innocence of Muslims”—a film that may in fact not exist, by a fictitious character initially billed as a real state developer named Sam Bacile. A fiction by a fictitious author is just too delicious even for the age of the “death of the author”—if the whole production was not so clinically banal.

Forget about insulting Prophet Muhammad. This imbecility of “Sam Bacile” is an insult to the very idea of cinema.

It is simply impossible to imagine a more inane film—a handful of talentless mannequins hurdled in front of curiously incompetent cameras against projected desert scenes and tent interiors to muffle inane lines all grotesquely written and delivered simply to anger and insult Muslims.

The Innocence of the Islamophobes

According to an initial report by the Guardian:  “By his own account, Bacile raised a budget of $5m (£3m) from 100 unnamed Jewish donors for The Innocence of Muslims, which he wrote and directed himself, with the aim of demonstrating his belief, as he described it to the Wall Street Journal, that “Islam is a cancer.””

Before this report of the Guardian and Wall Street Journal was proved to be hasty, the first thought that would obviously come to mind was the desperate gullibility of those who had came together and presumably gave 5 million dollars to this man to make this movie. Why would anyone do anything like that—in this economy, $5m to a moron to make a calamity like this? Are these people so desperate to insult and enrage Muslims that are point blank blinded to what is being sold to them? How did they make those millions that they are wasting them so callously? Bizarre proposition is this logic of capitalism.

But the temptation towards that reading was a trap—and the clues were already evident in the two leading tropes of “100 unnamed Jewish donors” and “Islam is a cancer” thing that put together revealed the deeply anti-Semitic disposition of those behind this film—revealing once again, as I have argued since the Danish Cartoon affair, that the current Islamophobia in Europe and North America is a simple transformation of the classical European anti-Semitism with a not so clever twisting from “the Jew” to “the Muslim.”

Subsequent reports questioned these initial accounts, exposed their innate anti-Semitic disposition, and pointed finger at some other characters—“a California Coptic Christian convicted of financial crimes who acknowledged his role in managing and providing logistics for the production” of this film.  According to this AP report, the man, a certain Nakoula Basseley Nakoula, 55, may in fact have fabricated this Sam Bacile identity.

Even more reports have now surfaced pointing finger at a certain Steve Klein character—yet another mercurial Islamophobe creature—as the culprit. Soon another figure appeared, Jimmy Israel, this time—fueling the suspicion that “Israel, Bacile, and Nakoula,” as the Atlantic has reported, “could be working together, or they could all be the same person”—and revealing the fact that that 5 million budget is equally bogus, and not more than 100,000 was the budget—namely the fictitious budget was pumped up in order to justify those fictitious “100 unnamed Jewish donors.”

But the identity of the person or persons behind this film is a rather moot and irrelevant question. The usual Islamophobes usually pop on these occasions—a band of losers preying on “Innocent Islamophobes” (no pun on the title of the film intended here) like Bernie Madoff did on his, cheating them out of their money and delivering garbage as in their propaganda Ponzi scheme.

Always remember the two tropes of this story—“100 unnamed Jewish donors” and “Islam is a cancer” thing—and you have caught the deeply anti-Semitic origin of the current Islamophobia red-handed. According to the New York Times, this film was “promoted by a network of right-wing Christians with a history of animosity directed toward Muslims.”  Well, take a wild guess towards who else have “right wing Christians have a history of hostility?” “The Jew” and “the Muslim” are interchangeable there.

The principle problem with this absurdity, however, is not its origin—but its destination: the riots and demonstrations in front of the US embassies that began in Cairo and Benghazi and have now spread all over the Muslim world.

Attacks on embassies and rage against insult to Prophet Muhammad in the Muslim world have a frightening echo in the ears of an Iranian—remembering the US Hostage Crisis of 1979-1980 and the Salman Rushdie affair of 1988-1989—two smoke screens under which militant Islamists in Iran (some of them now among the so-called “Opposition”) hijacked a revolution and categorically recoded it as “Islamic.”

The current catastrophe called “the Islamic Republic” and the entrapment of 75 million human beings in its theocratic snare is framed between those two smoke screens—two diversionary tactics made out of events that fell on Ayatollah Khomeini’s lap.

As for 444 days the world attention was distracted by the American Hostages Crisis the belligerent lslamists went on a rampage destroying their political rivals and categorically claiming a multifaceted revolution all for themselves—and a decade later as the world attention was once again drawn to the Salman Rushdie affair the selfsame Islamists redrafted the constitution of the Islamic republic to perpetuate the reign of militant Islamists and anoint Ayatollah Khamenei as their Supreme Leader and Vali Faqih.

This was all after the late Ayatollah Montazeri (1922-2009) had repented from his role in making the Islamic republic a viable proposition, objected to the mass execution of political prisoners, and one of his family members, Seyyed Mehdi Hashemi, exposed the arms-for-hostage deal that would later be known as “the Iran Contra Affair.”  Ayatollah Montazeri went to his grave having repented that gross miscalculation called “the Islamic republic,” and called the concoction “neither Islamic nor a republic”—about thirty years too late for a population of 75 million human beings now trapped inside a horrid theocracy presided by the Shi’i clerical class.

The same danger is now looming from Cairo to Benghazi to the rest of the Arab and Muslim world—for militant Salafis or Wahhabis to abuse this ignoramus film to derail a world historic succession of revolutions. But this time around Arab revolutionaries are far quicker in responding both to ghastly Islamophobia and the violent disrespect for the sacrosanct principle of diplomatic immunity. Demonstrations in both Benghazi and Cairo have categorically denounced the violence that has resulted in the death of Ambassador Christopher Stevens.

It is imperative that these denunciations be amply noted—as indeed President Morsi put it succinctly:  “We Egyptians reject any kind of assault or insult against our prophet. I condemn and oppose all who… insult our prophet. [But] it is our duty to protect our guests and visitors from abroad… I call on everyone to take that into consideration, to not violate Egyptian law… to not assault embassies.”

This is the difference between Khomeini n 1979 and Morsi in 2012. Beware the false fury. The US has done enough atrocities around the globe to be blamed for just about everything—but this is a different season—this is the season of the Green Movement and the Arab Spring—do not be fooled by these zealotries of the fanatics who are trying to steal the revolution. Diplomatic immunity of even a global hubris like the United States must remain sacrosanct for civilised life to be possible. Many of those who took over the US embassy in Tehran have now repented and joined the opposition—never admitting to the full scale of the calamity they caused in their homeland by having been the instruments of a vicious theocracy.

As the fate would have it this is also an election year—as it was back in 1979 when President Carter was caught in the quagmire that now President Obama faces. The trigger-happy Republicans are pushing President Obama to do something rash. Presidential candidate Mit Romany has accused President Obama of “sympathizing” with the attackers, as Aljazeera reports that “US warships steam towards Libya coast.” This is after Sarah Palin has criticised president Obama’s shortcoming and urged him “to grow a Big Stick.” The depth of this woman’s banality seems to have no limit.

The last thing that President Obama wants to do now is what President Carter did in 1979 and try something foolish like “Operation Eagle Claw.” If I were President Obama I would invite former President Carter to White House and hang out with him for a weekend. President Obama must do absolutely nothing. The true measure of his statesmanship is do exactly the opposite of what Palin urges him to do, and let Muslims raise their own voice in condemning both bigotry and violence at one and the time—as indeed we see it happening in both Libya and Egypt—best summarised in President Morsi’s statement. This is the season of the Arab Spring—binary banalities of fanatics on both sides of the divide cannot derail the course of history anymore.

Hamid Dabashi is the Hagop Kevorkian Professor of Iranian Studies and Comparative Literature at Columbia University in New York. His most recent book is The Arab Spring:  The End of Postcolonialism (Zed 2012).