Europe and Israel are not drifting apart, By Bilal Benyaich

By Guest contributor(s)Tuesday 11 December 2012 No Comments

Palestine’s status has recently been upgraded to a non-member observer state in the United Nations (UN). The resolution of the General Assembly at the UN was passed with 138 votes in favour, 9 against, and 41 abstentions. Among the EU member states 14 voted for, 12 member states – including Germany and the United Kingdom – abstained, and the Czech Republic voted against. Does Europe’s divided voice implies that the EU-Israel relations are in a downward spiral, as is suggested?

Despite the recent diplomatic victory of the Palestinians at the UN, Palestine as a UN member state à part entière still seems remote. After all, the road to full membership runs through the Security Council. It is not inconceivable that a majority can be achieved there, but the United States has already threatened in an earlier round to use its veto. Palestine’s recent upgrade to “state” however falls short of making it a sovereign country, as Israel still occupies Palestine (the West Bank, East Jerusalem and Gaza). Throughout the years, the situation on the ground has evolved inversely to international recognition of the Palestinian cause.

As recognition and financial support for the Palestinians and the peace process increased, Israel’s urge to colonize Palestinian land grew even stronger. Today, Palestine is nothing but a series of enclaves which are totally dependent on Israel, both politically and economically. And in spite of worldwide protest, Israel seems far from loosening its grip on Palestinian territory. On the contrary, in response to Palestine’s diplomatic move, Israel bluntly announced that it will enforce its occupation by building a new settlement in the E1 area between the settlement Ma’ale Adumim and Jerusalem, thus effectively sealing off East Jerusalem – what Palestinians see as their (future) capital – from the West Bank. 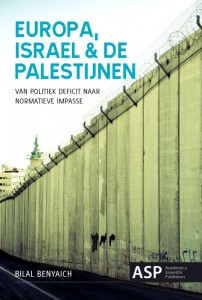 Does the pro-choice of this slim majority of European countries imply that support for Israel is waning? In the days after the vote, news articles with titles like ‘UN vote marks EU Defeat for Israel’(EUobserver), or even, ‘How Israel lost Europe’s support ‘(Ha’aretz) suggested this is indeed the case. In the Financial Times (12/1) a former Israeli ambassador to Berlin simply stated that the UN vote was indicative of a long-term erosion in Israel-European relations – which is incorrect. On Wednesday, FT columnist Tobias Buck even took it a step further by stating that ‘Israel and Europe have been gently drifting apart for years.

The past week, however, has brought strong evidence that the rift is widening fast’ (FT, 12/5). It is indeed true that the Netanyahu government lost the trust of most European leaders (and of president Obama) some time ago. However, the recent European vote, and subsequently the public criticism of countries such as France, the UK and even Germany to Netanyahu’s decision to build in the E1 area does not necessarily mean a diplomatic crisis is in the making.

Intergovernmental Europe has been divided since the Six-Day war. Only now the dividing line has glided towards the east. Actually, we got accustomed to the fact that, whenever discussions about the Israeli-Palestinian conflict arise, European countries are split along two lines, ‘New Europe’ versus ‘Old Europe’, to quote Donald Rumsfeld. Nearly all countries which became member of the EU in 2004 and 2007 – consistently accompanied by the Netherlands and Germany – take an almost unconditional pro-Israel stance in European and international meetings.

The ‘Old Europe’ is more spun. It demands respect for international law and points out the rights and obligations of both conflict parties more explicitly. In this respect, the European vote to upgrade the status of the Palestinians at the UN underlined the need for a two-state solution. Nothing more, nothing less.

Moreover, the cooperation between the EU institutions and Israel, especially with the European Commission leading the way, has never been better. No country has such a broad and deep partnership with the EU than Israel. After all, the country has access to a whole range of European funds, structures, agencies and meetings. The cooperation which has grown between the EU and Israel within the framework of the European Neighbourhood Policy is of such a nature that Israel almost is a Member State of the EU.

Netanyahu went to Prague to express his thanks for the Czech vote, and after that to Berlin to voice his disappointment with Germany’s position in the United Nations’ General Assembly vote on recognizing Palestine as a non-member observer state. In Berlin, Netanyahu encountered some harsh words from Angela Merkel, but they agreed to disagree on settlement construction, to say it in Merkel’s words. No diplomatic crisis between Israel and the European Union states hence seems at hand. The declaratory storm went down as always. No, Europe and Israel are not drifting apart. Not yet.

Bilal Benyaich is researcher at the Political Science Department of the Vrije Universiteit Brussel and author of the book ‘Europe, Israel and the Palestinians’ (appeared in Dutch at Academic and Scientific Publishers)