Why I Didn’t Go to Dubai, by Khaled Fahmy

By Guest contributor(s)Wednesday 6 March 2013 No Comments 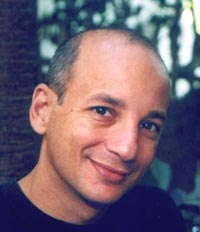 When I received an invitation from David Wheeler to participate in the launch of Al Fanar, I was delighted.  I believed that the Arab World desperately needs an incisive look at the state of its institutions of higher education. I was hoping that the publication’s inaugural event would be a good opportunity to meet fellow academics and to discuss with them the sad state of Arab universities.

For the launch, I had prepared a presentation on what I thought was the single most important factor threatening higher education in the Arab world, namely, the nearly complete absence of the very concept of liberal education.

My presentation acknowledged that many universities throughout the Arab world suffer from lack of funds and overcrowding. They also suffer from the tight grip that “al-amn”, i.e. “security” on Arab universities, has with university guards interfering in academic affairs, with censorship rampant on campuses, and with faculty and students not being free to pursue their academic endeavors in a free and healthy environment. I am also very cognizant of the seriously uneven distribution of resources with a handful of higher education institutions receiving donations of astronomical proportions while institutions a stone’s throw away are older and equally serious but have very meager resources.

´´A university is not a bubble to which you invite the best faculty members and the best students from all over the world and expect to share and produce cutting-edge knowledge. A university that is cut off from its immediate environment, that has no links with neighboring institutions of higher learning, that does not engage with the social, economic and political problems of the society in which it is embedded does not deserve the title of  “university.” ´´

In my presentation, I was going to argue that despite these serious factors characterizing the situation of higher education in the Arab World, it is the lack of a proper understanding of the nature and value of a liberal education that poses the gravest danger. The majority of those institutions were founded with a nineteenth-century mentality about what a university degree is all about. As a result, there is an obsession with specialization and very little attention paid to how to train students across disciplines, how to broaden—rather than deepen—their knowledge, and how to couple their knowledge with intellectual curiosity, critical thinking, creativity, moral courage and responsibility.

I was going to argue that even when it comes to preparing students for the job market, Arab universities do not serve the students well by ignoring the principles of a liberal arts education. I always tell my students who want to learn medicine and land a lucrative job as a physician that a good doctor is not only someone who knows his anatomy well; he must also understand hospital management, the history of his profession, the psychology of patients, how to deal with nurses. A narrow specialization on the human body without knowledge of the social, economic and historical contexts in which this body moves does not prepare one to be a good doctor.

Briefly put, this is what I had prepared for my talk. As said above, I was very much looking forward to discuss these ideas with fellow panelists and to listen to what they too had to say.

However, less than 48 hours before my trip, I learned of the decision by the United Arab Emirates government to deny entry to Kristian Coates Ulrichsen, who was planning to attend a conference in the American University in Sharjah and to give a presentation on Bahrain. When I looked further into this matter, I came across the statement by the UAE Ministry of Foreign Affairs that said that “Dr Coates Ulrichsen has consistently propagated views de-legitimizing the Bahraini monarchy. The UAE took the view that at this extremely sensitive juncture in Bahrain’s national dialogue it would be unhelpful to allow non-constructive views on the situation in Bahrain to be expressed from within another GCC state.”

Upon learning about this development, I became increasingly uncomfortable with going to the launch event in Dubai, and with time, I decided not to go. I was pleased when David Wheeler, the editor of Al Fanar, told me that the entire event was cancelled.

My decision not to go to the UAE was based on three considerations.

First, like millions of fellow Egyptian citizens I have been actively participating in our revolution. Together with many of my colleagues, students and friends, we have been marching in demonstrations and agitating for a freer country at extreme risks to ourselves. It did not feel right to go to a country that had just prevented an academic from speaking about atrocities committed by Bahrain against Bahraini citizens who, just like  my friends and I, are struggling to live in a freer country.

Second, given that I was planning to speak about the desperate need for liberal education in Arab universities, it did not feel right to go to a country that is censoring free speech on its university campuses and is curtailing academic freedom in such a blatant manner. For liberal education entails, indeed necessitates, training students to be civically engaged and politically aware. And at the heart of this engagement and awareness is free speech. Free speech, I realize, is dangerous. Free speech during times of tumult and revolution is especially dangerous, I am aware of that. But it is exactly during times of trouble that free speech is needed most for it is only through the free exchange of ideas that a society can best understand the dangers it faces and be capable of devising means to deal with them. For the UAE government to prevent Dr. Ulrichsen from delivering his paper on Bahrain believing that his presentation would be “unhelpful … [during] this extremely sensitive juncture in Bahrain’s national dialogue” belies the UAE’s fatal misunderstanding of the values of liberal education, free speech, and academic freedom. I therefore thought it would be extremely unhelpful if Al Fanar was launched from the UAE.

Third, over the past few years I have been following closely the phenomenal growth of branches of top U.S. universities in the Gulf. While there is much to admire about the seriousness with which these academic institutions have been planned, and while the facilities and resources of these new institutions are the envy of the world, I deeply believe that the basic premise upon which they are founded is deeply flawed. A university is not a bubble to which you invite the best faculty members and the best students from all over the world and expect to share and produce cutting-edge knowledge. A university that is cut off from its immediate environment, that has no links with neighboring institutions of higher learning, that does not engage with the social, economic and political problems of the society in which it is embedded does not deserve the title of  “university.” Sadly, I believe that most U.S. universities working in the Gulf suffer from these fatal problems: They are hermetically sealed establishments that have little or no contact with the societies they are in. The latest episode of censorship belies this philosophy. It is as if the UAE government is saying “You can have the most impressive campuses, with cutting edge scientific labs, libraries and sports facilities, but you have no right to discuss the pressing political and cultural issues of the society just beyond the campus gates.”

Khaled Fahmy is professor and chair of the history department at the American University in Cairo. He is a member of the advisory board of Al Fanar.
from: al-fanar.org