By Guest contributor(s)Friday 28 June 2013 No Comments 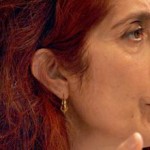 Over the past week, protest movements have spread across Turkey’s largest cities and appear to have become widespread urban uprisings. Despite often violent police intervention, people have not hesitated to take to the streets and block avenues, neighbourhoods and their cities’ central spaces. Others participate from their balconies, with whole families chiming in to the protestors’ chorus, banging on pots and pans. They have found pacifistic means of protest that require no arms or political slogans to express their discontent and frustrations with the Erdogan regime.

“The future of Turkish democracy resides in the credo of this movement, which asks that those in power hold their tongues, abstain from moral intrusions and ban violence. Rejecting the politics of polarisation and stigmatisation, the Gezi movement is reuniting people across ancient divides,” writes renowned professor of sociology, Nilüfer Göle  ”

This urban movement – started by young people, supported by the middle classes and featuring a strong female presence – has not weakened in the face of impressive displays of force by riot police using tear gas without hesitation. Clouds of gas cover the sky in town centres, making breathing difficult; but these clouds, symbols of pollution and the abuse of power, have only increased the anger of ordinary citizens.

Restrictions on freedom of expression and the crackdown on the opposition and in particular on journalists who have lost their jobs and the mass media, which has changed its editorial line, have put a muzzle on public discourse. The most recent protests in Taksim, which were not covered by the major television stations, are ample proof of this.

Moralising intrusions into citizens’ ways of life have abounded. The latest regulations, which aim to restrict sales of alcohol and ban all images, advertisements and movie scenes that are seen as promoting alcohol consumption were the last straw. Students, merchants and above all actors, singers and directors protested out of fear of restrictions on their individual and artistic freedoms.

Besides this authoritarian and moralising drift, it is Erdogan’s style and tone of address that have profoundly offended public opinion. He blames his opponents by referring to them in a pejorative manner as “marginals”, “thugs” or even “drunks”. His contemptuous vocabulary is no longer a simple source of mockery in conversations, but has incited collective indignation.

He also provoked a scandal by naming a new bridge over the Bosporus “Yavuz Sultan Selim”, a name that evokes the massacres of the Alevis. “Respect” has become a new slogan tagged on walls all over the cities and expressing the need for a return to civility in Turkish public life.

For the past few years, the mode of governance has seen the personalisation of power, not unlike that of the sultanate. Enjoying majority rule with no real political opposition, Erdogan has not hesitated to make major decisions himself, without deigning to consult either those primarily concerned, the citizens, or his own political entourage.

By monopolising discourse, he has undermined the power of others, such as the Mayor of Istanbul, who sought to ease tensions during the demonstrations in Gezi Park. This personalisation of power is felt in his omnipresence in the public sphere and is now turning against him and crystallising in anger directed specifically at his person.

Parallels to other civic movements

For those who take the Arab Spring as a model, these protests resemble the occupation of Tahrir Square and are an illustration of the population’s anger against its authoritarian political regime. For others, these movements are similar to European activists who protest against global economic powers. The Turkish debate has similar elements within it, but also more specific ones.

As in the two aforementioned cases, the Turkish movement has become a public one. However, if the Arab Spring demanded the majority’s voice in democracy, the Turkish movement is rising up against democratic majoritarianism. While European activists have been weakened by the economic crisis, Turkish residents have been filled to overflowing with a certain form of capitalism.

It is thus necessary to look for the meaning of these protests in their original context. Defending a few trees in Istanbul’s Gezi Park is not merely a pretext for political contestation. The plan to destroy this public park in order to construct a shopping centre has aroused a new critical consciousness. The Gezi occupation movement reflects resistance to urban development of the past ten years.

In Turkey, capitalism has taken a material form, incarnated in the shopping centre, a new and concrete symbol of global financial capitalism which has escaped citizens’ control. Turkish citizens who were enthusiastic about economic growth today express their concern with the insatiability of consumerism, which is destroying the urban environment and the modes of living together and public spaces. In the eyes of residents, razing Gezi Park and transforming it into a place of consumption quite literally symbolises a confiscation of public space by private capitalism.

At the heart of this movement is the restoration of public space in democracies. These spaces are public in that they are open to all, and bring together men and women, Muslims and the non-religious, Alevis and Kurds, young and old, middle and lower classes. This has allowed a new critical imaginary to circulate, one which focuses on protecting public space in its physical sense, with its capacity for bringing people together in a convivial way. In the face of state oppression through commerce and morality, citizens have put culture before consumption and respect for diversity before contempt for others.

It is when the taboo of the Armenian Genocide is lifted, when it becomes possible to make peace with Kurdish nationalists and when the army is withdrawn from public life, this movement announces the need for a new public culture based on recognition and bringing people together.

The future of Turkish democracy resides in the credo of this movement, which asks that those in power hold their tongues, abstain from moral intrusions and ban violence. Rejecting the politics of polarisation and stigmatisation, the Gezi movement is reuniting people across ancient divides.

While it is predominantly a secular movement, it is not secular in a repressive way. The soul of this libertarian and unifying movement is best summed up by Nazim Hikmet’s poem: Live like a tree, lone and free; live like brothers, like the trees of a forest.

Nilüfer Göle is a sociologist. She works at the EHESS (School for Advanced Studies in the Social Sciences), Paris.