Midwife for a pregnant Egypt, By: Asef Bayat 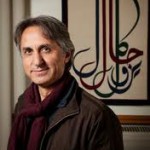 On the face of it, 30 June was a “coup”: the army intervenes to remove an elected president, annul the constitution, and oversee an interim government to undertake new elections for president, parliament, and a new constitution. But what if this is what a majority of people in a country want? Is any military intervention of this sort necessarily illegitimate? How do we then read the supporting role of the army in Egypt’s January 25Revolution or the military’s part in the Portuguese Carnation Revolution in 1974 that entailed a democratic order?

A coup happens when one segment of the ruling elite (such as the military) forcefully takes over power from the other segment without or with minimal involvement of the populace. What happened in Egypt on 30 June was much more than that. It was more “revolutionary coercion” than simply a coup. The army’s intervention was the endgame of a monumental uprising in a long revolution when some 17 million people from all walks of life (Muslim, Christian, men, women, religious, secular), from Upper Egyptian towns to the cities of the Delta, displayed a collective contention unrecorded in any nation’s memory. And they did so to depose an Islamist government they deemed was busy building an electoral theocracy rather than fulfilling the promise of the revolution — bread, freedom, justice — for which so much sacrifice had been made and so much blood shed. The spirited revolutionary youth, Tamarod, worked day and night for months to mobilise, gathering some 22 million withdrawal of confidence signatures ahead of 30 June.

For its part, the military had been watching the situation, following closely the spread of discontent that eventually boiled over to form the 30 June drama. When the army eventually saw the magnitude of the protests, it was compelled to side with the protestors in a bid to secure its own power and privilege in the new balance of power. At this juncture, the interests of the revolutionaries and those of the army converged. For revolutionaries, however, the military’s intervention in deposing Morsi served as a catalyst, removing the barriers preventing a stalled revolution moving forward. It was an unfortunate midwife for a pregnant nation enduring agonising labour to give birth to a new social order. It needed a dramatic push, revolutionary coercion.

This stage in Egypt’s revolutionary drama reflects the paradoxical but inescapable strategy of the revolution that lacked a coercive power to do what the army did on its behalf. It is the ironic but inevitable consequence of its paradoxical character: it has enjoyed an enormous popular constituency, but painfully lacked administrative power; it has garnered remarkable hegemony, but does not rule, with the consequence that it has to rest on the institutions of the incumbent state — this time the military — to change things. Indeed, if the Egyptian revolutionaries, just like most of their 20thcentury counterparts, had produced their own resources and hard power (like guerilla militias or a revolutionary army), they might have done what they expect the military to do for them, and that would not have been labeled a “coup.”

Most 20thcentury revolutions had such coercive power. In the Iranian revolution of 1979, for instance, some revolutionaries (like the Fedaian and Mojahedin guerillas) were already armed, while others stormed the police stations and military barracks to acquire weapons. This enabled them to engage in an insurrection that in a final push defeated the Shah’s loyalists and brought the bulk of the military to side with the revolution. Once the old regime fell, they created the Revolutionary Guards (Pasdaran), charging them with “defending the revolution” and overseeing “revolutionary justice” — that is, eliminating key figures of the ancien regime, and new opponents. That was not called a “coup”; it was called revolution.

Egypt, one might argue, is different. The 30 June “second revolution” has been launched against an elected, “legitimate” government, and this with the aid of a military that is not a creation of the revolutionaries but an ad hoc ally in a tense relation. The Muslim Brothers dispute Morsi’s ouster on the grounds that his government was legally elected and so is legitimate. For sure, Morsi’s government was legal. But does legality alone render an institution or a process legitimate? Emergency law under Mubarak was a legal decree but not necessarily legitimate. In Iran today, the notorious Council of the Guardians, which vets with great impunity who can or cannot stand for elections, is legal but not necessarily legitimate. What underscores legitimacy is not simply legality, but popular consent, which may or may not assume a legal form. In normal conditions, where a broad consensus on norms and rules govern a nation’s institutions, ballet boxes are usually used to determine people’s consent. But post-revolution Egypt has rarely seen a day when a modicum of stability, normality and consensus-based governance has guided the nation’s political life.

Ever since 25 January 2011, Egypt has continually remained in extraordinary state of revolutionary motion, where street politics has by far overshadowed legally-bound institutional work. Of course, life has gone on — not because of some functioning institutions that enjoy legal authority, but largely thanks to the prevalence of extra-legal norms and self-regulation, as one can observe in the country’s factories, neighbourhoods, schools, courts, universities or parliament. How can one speak of normality and consensus when in the past nine months alone the country experienced 130 street demonstration and 200 other social protests (such as blocking railways) per week? In such an extraordinary revolutionary mode, when conventional institutions exhibit disarray, with little consensus on the rules of the game, politics gets done mostly in the street, outside legal institutions. It is the street and not, say, parliament that expresses and stands as a measure of the voice of the populace. On 30 June, we saw some 17 million citizens pour into the streets to depose a “failed president” — not via parliament, not “legally” but in streets through “revolutionary” action. Revolutions, after all, are illegal affairs.

Surely democratic practice is not limited to the ballot box, and recent times have shown how liberal “democratic” institutions in many countries, including the West, have failed to represent the true wishes of large numbers of their citizens. But this should not be a cause to over-celebrate street politics and even worse to romanticise extra-legal acts. On the contrary, these acts are precisely the inescapable corollary of exclusion from, mistrust in, and failure of institutional politics in a volatile revolutionary mode; a tendency increasingly on display in many countries that have experienced popular protests in recent years. Street politics as such is not a virtue, but a necessity. Virtue lies in building a broad consensus across diverse national constituencies in the spirit of citizenship; one that embraces political equality and social justice. Thus, such institutions as political parties, civil society, voting, parliament, and above all rule of law do matter — in fact they are the indispensable (but by no means sufficient) ingredients of building an inclusive polity in which the key objectives of the revolution (bread, freedom, justice) may be realised. To achieve this, the revolution cannot get stuck in the main streets, but will have to move beyond into the backstreets, local communities, neighbourhoods, villages, unions, schools, and households, in order to learn, educate, mobilise, and organise. These represent some of the key elements of continuing the “long revolution.”

For now, the mightiest institution in the nation has sided with the revolutionaries. Who doesn’t want to have the support of the military? But at what cost? How is it possible to build inclusive and functioning governance, to undo the repressive culture of the “deep state” of which the military is a part? What is the good in a midwife who may pose great danger to the baby? This is the same army against which the revolutionaries battled fiercely for months, one that brought 12,000 of them before military tribunals, and condoned notorious practices like “virginity tests.” It is an army that ultimately gets the blessing of the Pentagon, and when the push comes to shove will likely sacrifice the revolutionaries.

The question then is how to manage relations with the army: how much control can the revolutionaries exert on this entity; to what extent they can resist getting pushed around? Will they stand up to the military and police to limit their repressive practices, to protect and defend the rights of their odeological opponents against witch-hunts, to assert the will of millions who created the wonder of 30 June? The good news is that Egyptians have proven again that they possess an extraordinary spirit and drive, rarely seen elsewhere. They have mastered the art of being ungovernable. This is a formidable power in bad times.

The writer is an Iranian scholar and professor of sociology at the University of Illinois.