Create dangerously: Albert Camus and his quest for meaning 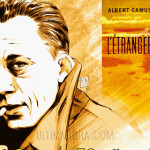 ON a steady diet of Nietzsche and Dostoevsky, Humphrey Bogart might have played him in the film version. Albert Camus, however, was never comfortable with his own role.

An Algerian-born Frenchman, perpetual exile and outsider, a novelist, playwright and philosopher, Camus remained freelance in his intellectual commitments, choosing to follow Pascal’s notion that “a man does not show his greatness by being at one extremity, but rather by touching both at once”. Such an endeavour, Camus believed, teaches the artist (the one label he used often in titles) a lesson “not of selfishness but rather hard brotherhood”.

Camus, who received the Nobel Prize in Literature in 1957 and whose birth centenary falls on November 7, spent much of his life and work examining what he considered the only philosophical question worth asking: whether suicide is an appropriate response to an absurd world. It’s a query Robert Zaretsky answers with the title of his latest book, A Life Worth Living: Albert Camus and the Quest for Meaning.

Answering in the affirmative is also what Camus’s readers have done from the time of the author’s youthful writings and through a body of work that includes The Outsider, The Myth of Sisyphus, The Plague and The Rebel. In these books and others, Camus interrogated what he addressed in his Nobel acceptance speech: “Whatever our personal weaknesses may be, the nobility of our craft will always be rooted in two commitments, difficult to maintain: the refusal to lie about what one knows and the resistance to oppression.”

More than a half-century after his untimely death in 1960 at age 46, Camus continues to engage us. He is, as Rick Lewis writes in the September-October issue of Philosophy Now magazine, “the James Dean of philosophy”. That Camus’s brow had the brood of a Bogart or that, like Dean, he died young in a car accident, only enhances the author’s seductiveness.

Camus in trench coat, collar upturned as a perpetual cigarette droops from the corner of his mouth, has become the emblem of the stylishly engaged writer. Debonair personality aside, he had the prescience to know more than a half- century ago what the evening news makes increasingly clear: “Today, mankind needs and cares only for technology. We rebel through our machines, holding art and what art implies as an obstacle and a symbol of slavery”; and, in another essay, “The greatest renown today consists in being admired or hated without having been read.”

While it doesn’t take A Life Worth Living to remind us why Camus is worth reading, here and in his 2010 book Albert Camus: Elements of a Life, Zaretsky provides thorough and rigorous examinations into the author’s life and work while also helping us understand the disquiet of a man who gave readers seeking sustenance in art some of the most lyrical and encouraging advice in 20th-century literature.

Consider these lines from his essay Create Dangerously, a title that could also stand as Camus’s credo: “Every great work makes the human face more admirable and richer, and that is its whole secret.” Or, from The Artist and His Time: “By itself art could probably not produce the renascence which implies justice and liberty. But without it, that renascence would be without form and, consequently, would be nothing. Without culture, and the relative freedom it implies, society, even when perfect, is but a jungle. This is why any authentic creation is a gift to the future.”

One reason for Camus’s continued popularity is that he was never afraid to open his investigations at square one. Throughout his work, Camus insists repeatedly that the primary aim of art is to understand. While this explains, in part, his success with students, Camus goes always beyond that starting point to examine further his ideas in drama, fiction or philosophical essays through which he weaves connected thematic ideas. The “unparalleled urgency and comprehension” with which he does it, as Zaretsky writes, also helps to explain the continued interest of the 80-year-olds who teach those students.

While Camus insisted he was not a philosopher, his overarching themes, Zaretsky believes, are philosophical in a different sense of the word. Published between 1947 and 1951, The Rebel (philosophy), The Plague (a novel) and The Just Assassins (drama), for instance, form a triptych of “works of art that explore the human condition with a degree of nuance and richness that traditional philosophical systems cannot”.

Such explorations go beyond what Martha Nussbaum, in The Fragility of Goodness, believes to be a common reaction for readers of philosophy: “[The] natural response is that this is not how it feels to be in that situation. It does not feel like solving a puzzle, where all that is needed is to find the right answer.”

To give his work the feeling that Nussbaum and others desire, Camus sought guidance from the work of Aeschylus and Sophocles. Like the great tragic poets before him, he, too, chose to speak directly to his own present condition. In doing so, he was never afraid to acknowledge that he didn’t have all the answers.

When war broke out in Europe, Camus learned of the hard brotherhood he later identified in his Nobel speech. A member of the French Resistance, Camus wrote for and ultimately edited the clandestine newspaper Combat. His August 25, 1944, article relays the first night within liberated Paris: “Those who never despaired of themselves or of their country find their reward under this sky. This night is worth a world; it is the night of truth … Nothing is given to men, and the little they can conquer is paid for with unjust deaths. But man’s greatness lies elsewhere. It lies in his decision to be stronger than his condition.”

For Camus’s commitment to understand the condition of his own era, the 1957 Nobel committee cited “his important literary production, which with clear-sighted earnestness illuminates the problems of the human conscience in our times”. Believing the artist must commit to his time, Camus evolved during one of the bleakest eras of his century.

And yet the darkness with which many continue to associate Camus is at odds with the clear hopefulness of his vision. This is one reason for the difficulties in pigeonholing Camus into a single school of thought. Another is his willingness to change his mind while others stood unyielding. For these matters, and for his late silence on Algeria, Camus remains a contentious figure.

None of that would have surprised Camus, who wrote: “The only really committed artist is he who, without refusing to take part in the combat, at least refuses to join the regular armies and remains a freelance.”

As Zaretsky writes in Elements of a Life: “I doubt that Camus, were he alive today, would feel at home in the company of either the neoliberal or the neoconservative thinkers who claim him as an inspiration.” Rather, he remains today as he always was: an outsider and exile whose discomfort with himself and the world provoked his need to understand his time and fellow man.

Although Camus spent most of his adult life in France, in his own world Algeria remained the major reference point. Only one of his novels, The Fall, is set outside of Algeria. He was a pied-noir, his father a descendant of the first generation of Frenchmen to settle in the country, his mother an illiterate washerwoman. Perhaps it’s thanks to her and also his illiterate grandmother, both of whom used to sit beside Camus in the cinema while the child read the subtitles aloud for their benefit, for the fact he never feared to start his investigations in a place that colleagues might have deemed intellectually naive.

But in the 53 years since his death, these starting points have continued to make his work accessible for each new generation. Here he is again, in Create Dangerously: “But in order to speak about all and to all one has to speak of what all know and of the reality common to us all. The sea, rains, necessity, desire, the struggle against death … these are things that unite us all.”

As Camus writes in the opening of The Myth of Sisyphus: “There is but one truly serious philosophical problem, and that is suicide. Judging whether life is or is not worth living amounts to answering the fundamental question of philosophy. All the rest afterwards.”

Camus pondered the same topic, in less serious form, as a young man: “The only thing is to decide which is the most aesthetic form of suicide, marriage and a 40-hour-a-week job, or a revolver.” In his life and work, Zaretsky reminds us, Camus’s directive on this was clear: it cannot and must not be. Despite his death at 46 and through works that retain cult and popular appeal, Camus is the great writer as he defined that role in his early review of Sartre’s The Wall. For much of the past century, he has continued to bestow readers with his own world and its singular message.

A Life Worth Living: Albert Camus And The Quest For Meaning
By Robert Zaretsky
The Belknap Press, 228pp, $34.95 (hb)

Kevin Rabalais is a writer and critic. see Link: theaustralian