By Guest contributor(s)Thursday 31 July 2014 No Comments 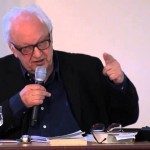 Where, when and how was the concept of racism formed? It seems to have its origins in a book that appeared in 1933-1934, in which Magnus Hirschfeld described the ‘racial theory’ underlying Hitler’s conception of race war. So the word was born in Germany, by way of contact with its first ‘object’: the racism of the Nazi state elaborated in the name of the Aryan myth, principally directed against Jews, but also against other ‘untermensch’ peoples and populations.

As early as 1938 the term appeared in English in the translation of Hirschfeld’s book. Through various theoretical contributions it acquired its standard, international meaning, namely the prejudice that there are congenital inequalities among human groups.

A French philosopher who was attentive to these questions – Pierre-André Taguieff – identified what he called the two ‘incommensurable apparitions’ of the word ‘racism’ in France. The first, a relatively episodic one (1895–1897) corresponded to the establishment of Action Française and the creation of the ‘integralist nationalist’ paper of the French far Right, La Libre Parole. The partisans of this current of thought, which actively propagated anti-Semitism in France but also maintained close relations with colonial milieux, termed themselves ‘racists’ insofar as they represented a ‘French race’ which had to be preserved and defended from degeneration. Then, between 1925 and 1935, the terms ‘racism’ and ‘racist’ returned, taking on a wider meaning, this time designating the doctrine of German fascism and translating its key adjective ‘völkisch’.

The Anglo-Saxon usage of the term intersected with this latter meaning, under the impact of the Second World War. But in France the nationalist reference remained the decisive one: the discourse that stigmatises German-style ‘racism’ is wholly organised around the difference that separates it from French ‘nationalism’. This latter sees itself as being ‘universalist’ and having a ‘cultural’ foundation wholly foreign to the Germanic ‘naturalist’ tradition based on the supposed biological fixity of ‘races’. Thus we find at the very origins of anti-racism in France an ideology that is itself xenophobic and essentialist.

This line of argument, which I am here simplifying in the extreme, shines a light on the ambivalence that can, to a certain extent, characterise anti-racist discourse just as much as racist discourse. The ambivalence of racism appears in the fact that it is based on the idealisation of the self (the ‘master race’) as well as the deprecation of the other (‘degenerate’, ‘untermensch’, ‘primitive’, etc.). But we also find this ambivalence in the relationship between racism and universalism. In inflating in an almost mystical fashion the illusion of the absolute singularity and definitive superiority of a nation or set of nations that consider themselves ‘chosen peoples’, racism is paradoxically in accordance with universalism, since universalism seeks to inscribe this supremacy within a schema of universal history or of the natural evolution of all humanity.

It should not then, be any surprise that anti-racism itself, when it is adopted on the terrain of nationalism – the state ideology that has dominated our time – sometimes manifests such an ambivalence. And what goes for the French denunciation of ‘German racism’ amidst a climate of nationalist revanchism, also goes for the denunciation of Nazism by certain among the powers victorious in World War II, as well as the rejection of colonial racism by certain liberation movements’ nationalisms.

It is the notion of ‘race’ that, on account of its extraordinary polysemy, secures the passage from one racist conjuncture to another, from one anti-racist strategy to another. ‘Races’ do not exist, but the signifier ‘race’ has for a whole epoch been the pivot for a vision of history and the clash among different conceptions of the world. Whatever the inversions of the meaning of certain words across changing historical circumstances, these inversions no less imply the same interrogation, connoted by the word ‘race’, of the relationship between biological inheritance and cultural specificity. It is precisely this interrogation that today seems to have disappeared; but it seems more probable that it has been displaced onto other terms.

The history and the critique of ‘racism’ have lost their innocence: knowing that they are themselves historically and ideologically determinate, they find themselves forced to deal with the retaliation, the blinding effects, of the very language of which they make use.

At the same time as a standard definition of racism crystallised, two major debates developed in parallel. The first concerned the relationship between ‘racism’ and ‘anti-Semitism’, the second the circumstances in which modern ‘racism’ merged. While the former debate is far from over, a relative consensus reigns in the latter case, situating its emergence at the end of the fifteenth century at the moment of the ‘discovery’ of the Americas. This was indeed the point of departure of the Europeanisation of the world, but also the beginning of the formation of absolute monarchies (embryos of the nation-state), the secularisation of anti-Semitism and the domestication of the aristocracies who developed the ideology of ‘the purity of the blood’.

I am tempted to draw a methodological lesson from the current debate around the notion of ‘racism’. Historically, there is no one racism that appeared in the West in a given moment and must at some other moment disappear. There are many successive ideological configurations of racism, closely linked to the conflicts among cultures and violent political practices (in particular, state violence). Each of these configurations expresses the tensions, the antagonisms internal to a great endeavour of universal domination: whether that be the Roman Empire, Christianity, European expansion, nationalisms, the world market, or tomorrow, perhaps, the ‘new world order’.

Each of them leaves a trace that contributes to the composition of a new ‘racism’, which is always, then, a ‘neo-racism’. Thus we have passed from theological anti-Judaism to secular anti-Semitism, from biological racism to cultural racism, from colonial violence to post-colonial discrimination against the peoples of the ‘South’, among other cases. Like it or not, this is without a doubt testimony to the fact that schemas of domination, discrimination and domestic exclusion are powerful instruments of identification – of the self and of others – and, therefore, of historical and collective memory.

Ultimately, the ambivalences and theoretical weaknesses of anti-racism obviously do not raise any doubts over its necessity. Just as the fluctuations of the racist discourse legitimising discrimination and segregation cannot mask the analogy among all such practices, the continuity of anti-racism is in each epoch founded on the awareness of racism’s incompatibility with freedom, as well as of the intolerable denial of humanity inherent within it.