By Guest contributor(s)Thursday 7 August 2014 No Comments 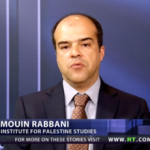 Q — On Saturday, under intense international pressure to negotiate a ceasefire, Israeli Prime Minister Benjamin Netanyahu held a press conference to say that the Israeli military would “regroup,” while continuing its operations in Gaza. Following the announcement, Israel began to withdraw at least some of its forces from inside Gaza.

Why is Netanyahu halting the ground invasion now, even though one of his main stated objectives for the operation, stopping rocket fire, hasn’t been accomplished?

MR — “Even though Israel has announced relatively modest military objectives with respect to its current assault on the Gaza Strip (decommissioning cross-border tunnels, terminating hostile fire, dealing a significant blow to Palestinian militants), it has failed to achieve them, and has apparently concluded that the cost of doing so would be prohibitively expensive in terms of Israeli military casualties and international political support.

“Israel’s only real achievement thus far has been massive Palestinian – overwhelmingly civilian – casualties (nearly 2,000 dead and more than 8,000 wounded) and massive destruction of civilian infrastructure. Its hope and expectation that this will lead to a significant public backlash against Hamas and other organizations, and force the latter to focus on reconstruction rather than confrontation, has yet to be validated.

“Given these circumstances Israel does not have the leverage to extract ceasefire terms that the Israeli public will recognize as a victory. The old adage that you cannot obtain at the negotiating table what you fail to achieve on the battlefield applies. Israel has therefore chosen to continue its increasingly costly assault upon the Gaza Strip from the territory’s periphery and the so-called seam zone it has occupied. This too is an untenable proposition because a unilateral decision to discontinue a ground invasion projects weakness and, particularly in view of the presence of Israeli forces within the Gaza Strip, commits the Palestinians to nothing.

“Unless it is once again embarking on a calculated ruse, I consider it likely Israel will take the 5 August ceasefire more seriously than its predecessors, with a view to negotiating a face-saving formula that allows the Israeli military and political leadership to extricate themselves from the Gaza Strip. But this will require a beginning of the end of the illegal blockade of the Gaza Strip, which Israel is unlikely to accept unless it is done in a way that strengthens Egypt and the Palestinian Authority at the expense of Hamas – and even this may be too much for the many radical extremists in the Israeli cabinet.

“Simply stated, if the temporary ceasefire does not produce a more substantive arrangement, Israel will go back to committing mass murder and mass destruction. The United States, European Union, and UN Security Council will then have to decide whether to continue extending political legitimacy and in many cases material assistance to Israel’s actions, or remain complicit by doing nothing, or whether it is time to begin, to use Netanyahu’s phrase, “second guessing” him and call time on Israel’s impunity in dealing with the population of the Gaza Strip.”

Q — Prime Minister Netanyahu has said that Gaza and Hamas must be demilitarized as part of any lasting solution, and in order for Israel to allow reconstruction. Is that a realistic goal?

MR — “Netanyahu has put this forward as a strategic rather than immediate demand, and true to form the United States and European Union instantaneously adopted it. In practice there are only two ways to achieve this. The first is by force, and as noted above Israel does not appear willing to pay the price involved. The second is by Palestinian consent, and as with the IRA in northern Ireland this would require a meaningful political process. I consider this scenario even less likely, since we have two decades of proof that Israel has absolutely no intention of reversing its colonization and annexation of Palestinian land, ending the occupation, and allowing for the emergence of an independent, sovereign Palestinian state. In this respect, the Netanyahu government is in composition and policy by far the most extremist of any that have taken office since Oslo.

“The only other alternative would be something akin to UN Security Council Resolution 1701 that ended Israel’s 2006 offensive against Lebanon, but this was never more than ink on paper to allow Israel to save face, and while Hizballah has become exponentially stronger in the intervening years Terje-Rod Larsen is perhaps the only individual on the planet who still believes it can be used to weaken Hizballah.

“The most likely scenario is that the demilitarization of Palestinian militias will accompany a resolution of the Israeli-Palestinian conflict through a process that is entirely different from Oslo, in which Israel is compelled to end the occupation by Palestinian mobilization and international pressure, rather than permitted to negotiate indefinitely about how to maintain it. The sheer savagery of Israel’s current offensive is likely to have brought that day significantly closer.”

Q — Over the past six weeks, as the carnage the Israeli military has been inflicting on the civilian population of Gaza has caused mounting outrage around the world, President Barack Obama and State Department spokespeople have become increasingly critical of Israeli actions. At the same time, Israel appears to be disregarding American requests to be more careful in avoiding civilian casualties, and last week it was reported that Prime Minister Netanyahu admonished the Obama administration “not to ever second guess me again” when it comes to Hamas.

What leverage does the US really have with Israel, and how can President Obama use it more effectively to protect the population of Gaza from Israel’s US-supplied military, which has killed more than 1300 civilians in Gaza since July 7?

MR — “The question presupposes the Obama administration has the political will to be more assertive with Israel when in fact it has in relation to Israel been far and away the most spineless and frankly cowardly administration in American history. If one looks at the rhetoric towards the Obama administration coming out of Israel, replete with regular dressing-downs, calculated insults, and open accusations of providing strategic support to terrorists and the like, one could be forgiven for concluding that in this relationship Israel is the superpower and the United States the miniature client state. In the case of this administration, I’m only surprised the White House did not convene a press conference in the Rose Garden to offer a public apology and provide a formal written commitment that Washington will never second-guess Israel again – and have Secretary of State John Kerry read it out over his Israeli-monitored phone for good measure. The level of cowardice simply beggars belief, and one suspects that at least some of Israel’s attacks have been deliberate acts of defiance in response to American reservations about the scope and visibility of the slaughter; entire Palestinian families are being wiped out by American-supplied Israeli bombs and missiles so that Netanyahu can remind Obama that the latter is a spineless coward.

“The fact of the matter is that the Israeli offensive would come to a complete halt the moment Washington sends a clear message to the Netanyahu government that it must stop and that there will be consequences – in bilateral relations, at the United Nations – if it does not. Instead, Washington has in addition to its regular forms of support been preoccupied with re-stocking Israel’s supplies of bombs, missiles and jet fuel. Would Iran escape American charges of direct complicity if it was similarly re-stocking Hamas? And would Iran be taken seriously if it then asked Hamas to make greater efforts to reduce the number of Israeli casualties?

“There are of course additional factors. The Supreme Soviet of the United States has been a virtually unanimous cheerleader of the Israeli offensive, and there are no efforts by the Palestinians or Arab states – a number of whom would like the Israeli offensive to be more ambitious – to exploit and intensify tensions in American-Israeli relations.

“Under these circumstances, change in American policy will only come as a result of pressure from public opinion, from widespread revulsion towards Israeli savagery, a refusal to be implicated in it, and a demand that Washington do what is right. The signs in this respect are increasingly encouraging, and may even have an impact on the current crisis, but it will be a long-term process.”

Q — Last week, the Palestinian Authority announced that it was seeking a legal opinion concerning signing the Rome Statute so that the state of Palestine can join the International Criminal Court. Human rights organizations such as Amnesty International have been urging the Palestinian leadership to join the ICC, stressing that doing so is vital in order to end the impunity enjoyed by Israeli political and military leaders for alleged war crimes committed in Gaza and elsewhere.

Will President Abbas sign the Rome Statute and join the ICC, and if so, what implications would such a move have?

MR — “I have not seen persuasive evidence that Mahmoud Abbas is going to sign the Rome Statute anytime soon. Even if he has lost faith in Netanyahu, he still believes in negotiations and the power of Washington to make them happen. It seems he would rather negotiate with Netanyahu than sever relations in an attempt to place him behind bars. Abbas understands that he can’t have Oslo and internationalization, and has chosen Oslo.

“This may change in the coming weeks. Palestinian public and political pressure on Abbas to sign the Rome Statute is significant, growing, and likely to be massive but insufficiently organized. His failure to do so will be and is already being compared to his scuttling of the 2009 Goldstone Report on Operation Cast Lead.

“Abbas will do his best to ride out the storm and may well succeed. But if he concludes that the price of not signing will be greater than the damage that Israel, the United States and the European Union will inflict on him if he does, he will sign. As with the UN statehood bid, that will inaugurate an entirely new battle to ensure the Palestinian leadership goes beyond merely symbolic measures. In the meantime Israel is likely to continue enjoying impunity in its dealings with the Palestinian people.”

Mouin Rabbani, Senior Fellow with the Institute for Palestine Studies and Co-Editor of the ezine Jadaliyya. Former Senior Middle East Analyst with the International Crisis Group.