By Guest contributor(s)Monday 25 August 2014 No Comments 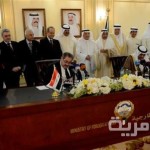 The story most media accounts tell of the recent burst of violence in Iraq seems clear-cut and straightforward. In reality, what is happening is anything but. The Islamic State of Iraq and al-Sham (ISIS), so the narrative goes, a barbaric, jihadi militia, honed in combat in Syria, has swept aside vastly larger but feckless Iraqi army forces in a seemingly unstoppable tide of conquest across northern and western Iraq, almost to the outskirts of Baghdad. The country, riven by ineluctable sectarian conflict, stands on the brink of civil war. The United States, which left Iraq too soon, now has to act fast, choosing among an array of ugly options, among them renewed military involvement and making common cause with Iran. Alternatives include watching Iraq splinter and the creation of an Islamist caliphate spanning eastern Syria and western Iraq.

Much of this is, at best, misleading; some is outright wrong. ISIS, to begin, is only one of an almost uncountable mélange of Sunni militant groups. Besides ISIS, the Sunni insurgency that has risen up against the government of Nouri al-Maliki includes another jihadi group, Ansar al-Islam (Supporters of Islam), as well as the Military Council of the Tribes of Iraq, comprising as many as eighty tribes, and the Army of the Men of the Naqshbandi Order, a group that claims to have Shiite and Kurdish members and certainly includes many Sunni Baathists once loyal to Saddam Hussein.

This is a partial list. The important point is that within the forces that have proven so powerful in recent weeks are groups with profound differences, even mutual hatred. ISIS, for example, has turned on al-Qaeda, its parent, for being too moderate, and considers Baathists to be infidels. These disparate groups are fighting together now, yes, but they won’t be together for long. And they have been fighting in places where local populations are friendly to them. It will be a different matter when they meet the tough and motivated Kurdish peshmerga or Shiite forces in the Shiites’ own regions.

The story, which has seemed to be all about religion and military developments, is actually mostly about politics: access to government revenue and services, a say in decision-making, and a modicum of social justice. True, one side is Sunni and the other Shia, but this is not a theological conflict rooted in the seventh century. ISIS and its allies have triumphed because the Sunni populations of Mosul and Tikrit and Fallujah have welcomed and supported them—not because of ISIS’s disgusting behavior, but in spite of it. The Sunnis in these towns are more afraid of what their government may do to them than of what the Sunni militia might. They have had enough of years of being marginalized while suffering vicious repression, lawlessness, and rampant corruption at the hands of Iraq’s Shia-led government…

Read the full text on the New York Review of Books.

Rostam and Sohrab: ‘A Story Filling the Eyes with Tears’