By Guest contributor(s)Friday 30 January 2015 No Comments 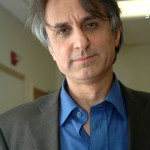 Things in the Middle East usually appear far worse than they really are when looked at from the outside. But on my recent visit to Egypt — as I talked and listened to people, watched local television, read daily papers and made observations — it became clear that revolutionaries were going through painful times. A deep disenchantment seemed to color the sentiments of many who once held high hopes for their remarkable revolution, but now have to face the vulgar triumphalism of the counter-revolution airing from what looked, not long ago, like an independent media.

Despair is neither surprising nor peculiar to Egypt. Almost all post-revolution moments are marked by an ecstatic exhilaration followed by a deep disappointment and demoralization. Hegel’s celebrated work, “The Phenomenology of Spirit” (1807), has been described as a historical philosophical mourning for the earlier defeat in the French Revolution. Scores of Russian revolutionaries attempted suicide when Stalin ascended to power, and a spate of despair overtook Iranian revolutionaries once the war with Iraq raged and the revolution under the Islamist state took a repressive turn. It is certainly an understatement to say that revolutions are never calm and clean episodes of transformation; they are marred by inherent paradoxes that make strife and unrest the enduring features of their history. The great revolutionary Rosa Luxemburg goes so far as to suggest that revolution is the only form of “war” in which the ultimate victory can be prepared only by a series of defeats.

“If we follow Gramsci, it should be possible to work on such a project even under the shadow of authoritarian states and neoliberal economies. I have suggested that the idea may begin with building an “active citizenry” endowed with the “art of presence;” a citizenry that possesses the courage and creativity to assert collective will in spite of all odds by circumventing constraints, utilizing what is possible, and discovering new spaces within which to make themselves heard, seen, felt, and realized.  “

So despair and disenchantment are nothing to be embarrassed about. They come as natural reactions when expectations are betrayed and dreams shattered. What is not natural, however, is disengagement. Because disengagement overlooks the fact that something as momentous as a revolution has happened — something that has unsettled the foundation of the status quo, shaping a society that is fundamentally different from its pre-revolution status. Of course, things might appear to have gone back to normal, when we observe how people are carrying on with their mundane routines: working, shopping, visiting friends, or going on vacation. Those who expect rupture and resistance would no doubt be dispirited by the brutal inertia of the everyday. But one should not be fooled nor disheartened by this seeming normalcy, for in substance it is hardly a measure of popular consent or compliance. Rather, it is driven by the inner force of life itself, expressed through an urge for self-regulation; it is a technique of survival in rough times. The fact is, Egypt and its revolutionary counterparts have experienced an “event,” in the sense of Alain Badiou, an extraordinary social happening that has impregnated these lands with open-ended possibilities. And it is here, in this realm of possibilities, that resignation and disengagement shed their relevance, whereas revolutionism finds new landscapes. Things, in other words, are far from over.

Certainly the counter-revolution remains adamant to regain the state apparatus, monopolize the media, restrain civil society, and re-establish repressive rule, perhaps more stubborn than its pre-2011 version. And in this it is likely to rest on a survival ideology that blends national chauvinism with, on the one hand, neoliberal globalism, and on the other, a conservative religiosity and moral politics of the Salafi sort that it supposedly disdains. But this new regime has to govern a citizenry that has been significantly transformed. Large segments of the urban and rural poor, industrial labor, an impoverished middle classes, marginalized youth and women, have experienced, however briefly, rare moments of feeling free, engaged in unfettered spaces of self-realization, local self-rule, and collective effervescence. As a consequence, some of the most entrenched hierarchies were challenged. Women’s extraordinary public presence threatened patriarchal sensibilities, and their public harassment produced one of the most genuine movements in the nation’s recent history. Revolutionary youths charged their elders with apathy and complicity, at the same time that they gained the respect and recognition of the older generation for their own remarkable activism and sacrifice. Workers demanded accountability from their bosses, students from their mentors, and citizens from the moral and political authorities. There were times when communal solidarity resurrected ingeniously in the midst of well-organized sectarian bloodshed. These subaltern citizens all lived through revolutionary moments in which what was right seemed wrong, and what wrong seemed right.

The memories of those extraordinary episodes and the moral resources they generated have become part of the popular consciousness. They could serve as the normative foundation to imagine and build a good society of inclusive social order that is concerned with solidarity, egalitarian ethos, and social justice. The fact is, even if the reform of authoritarian states would need a different set of painstaking struggles, change in society’s sensibilities remains a precondition for far-reaching democratic transformation. In this sense, revolution as such is more than simply regime change and reform of the state. The reform of the state — valuable and necessary in its own right — is also meant to foster and facilitate creating a novel, inclusive and egalitarian social order. If we follow Gramsci, it should be possible to work on such a project even under the shadow of authoritarian states and neoliberal economies. I have suggested that the idea may begin with building an “active citizenry” endowed with the “art of presence;” a citizenry that possesses the courage and creativity to assert collective will in spite of all odds by circumventing constraints, utilizing what is possible, and discovering new spaces within which to make themselves heard, seen, felt, and realized.

Truth be told, there is a limit as to how much states, even authoritarian ones, can control societies without turning totalitarian, such as the likes of Communist East Germany where the secret police Stasi kept files on one third of the total population. There are ironically more favorable spaces to pursue this strategy, in such settings as Egypt, than under the liberal democratic states like the US, where the apparatuses of surveillance, legal or technical, seem to be much more pervasive and detailed than our repressive but soft states. In our region, there remain vast informal sociascapes, the free zones within which alternative norms counter to state logic may be instituted. Eric Garner, the black American who was apprehended and choked to death by a police officer, was selling cigarettes illegally on the streets of New York City. Millions of Eric Garners work on the streets of Middle Eastern cities informally and illegally without states being able to do much about them.

Informal life, the relations and institutions that lie at the margin of state control, make up a vast swath of social existence, where some of the most creative (as well as anti-social) endeavors take shape, as shown in the circles of family, kin members, friends, or among those who operate in the localities, communities, and informal worksites. Spaces from among the art world, intellectual circles, book publishing, cultural production, new social media, independent journalism, legal and architecture profession, or social work may produce alternative speech and unorthodox ways of being and doing things. Even the state-regulated institutions such as schools, colleges, municipalities, neighborhood associations, city councils, student clubs, workers’ unions, and professional syndicates often turn, by critical and creative users, into spaces where some of the core social and political values are contested.

Active citizenry of this sort, in the meantime, is bound to subvert the ability of the authoritarian state to govern, because the state usually rules not from above or outside the society, but from within, by weaving its logic — through norms, relations, and institutions — into the social fabric. Challenging those norms, relations, and institutions would by definition diminish the state’s legitimacy and impair its ability to govern. In fact, active citizenry could go even further to possibly impel and even acclimatize the state to behave in line with the values that subaltern citizens may cultivate in society. No wonder the prohibition law in the US looked absurd when by the early 1930s so many citizens were unlawfully consuming alcohol; the law had to change. The absurdity of preventing women from driving should be clear even to the Saudi rulers who cannot help but see women as capable of doing more or less what men can. An authoritarian state cannot govern with peace and for long a democratic citizenry.

Does this way of thinking mean that we are back to the old ways? In a sense we are; partly because the old order is largely back in business. But something is fundamentally different: these are the old ways in new times, when the old order faces new political subjects and novel subjectivities; when the memories of sacrifice, the taste of triumph, and betrayal of aspirations are likely to turn quiet but lingering mass discontent into periodic social upheavals. These are uncharted political moments loaded with indefinite possibilities, in which meaningful social engagement would demand a creative fusion of the old and new ways of doing politics.