Étienne Balibar: The relations Greece and Europe need -(part I)

By Guest contributor(s)Thursday 9 July 2015 No Comments 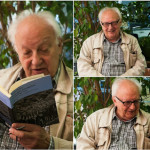 A friend of Nicos Poulantzas and many other Greek intellectuals, Étienne Balibar was in Athens recently for an Institut Français workshop titled “From populism to counter-populism: history and strategy”. Before the meeting he gave an exclusive interview to GrèceHebdo. Translated by David Broder.

First off, I wasn’t alone in saying that. It was a formulation used by a very great number of intellectuals on the Left—and there’s really deep disagreements among their ranks, when it comes to the European question. That’s far from just a matter of whether we need a united Europe, but also of what connection there is between the welfare of the Greek people and Europe’s survival. And these disagreements have probably been aggravated by the current situation. For my part I maintain that the solution is not a straightforward one: I think that Greece’s future is in Europe, but in a Europe that still needs to be built, and not just any Europe. Or, to put it more negatively, I think that Greece’s expulsion or exit from Europe would have very serious consequences for Greece itself. I believe I am right in saying that most of the Greek population thinks the same, though it’s not necessarily all of their view. The situation at the moment is so difficult, and the country’s relation with Europe so conflictual, that you can understand that there are some people who don’t see it that way. That is, they think Greece would be better off if it didn’t stay in Europe … even if that doesn’t mean they want to go and seek Moscow’s help, which isn’t an indispensable condition for that [laughs]. Above all, more than ever I’d insist that if Europe itself is to survive, it has to resolve the Greek question in a manner that is sufficiently favourable to the Greek people’s aspirations; that is, Europe has to transform in order to secure its own continued existence. So we can’t have any more diktats inflicting punishment on the Greek people. Clearly, the tense current situation is also an uncertain one. Some of the elements of this situation are more favourable than they were in 2012, most centrally the fact that the Greeks have elected a new government; and there are also less favourable ones, most centrally the fact that the financial situation is worsening and that there are political forces in Europe feeding off this decay. So I think Europe faces great danger.

You use the term “interregnum”, taken from Gramsci, in order to describe the current transitional situation. Do you think that the forces pushing toward Europe’s destruction, or the ones pushing toward its recomposition, are making most headway in this period?

Gramsci’s term has also been used by a notable figure in European intellectual life, namely the Polish-origin sociologist Zygmund Baumann. “Interregnum” denotes the period between the death of the previous sovereign and the arrival of the new one. In many historical periods this was a very dangerous moment, because it meant that sovereignty was suspended. This is what Agamben calls the “state of exception”. As Lenin said, it’s the moment when the old authority can no longer rule and the newly emerging one no longer accepts being ruled in the old way. Here, the new authority is already ready to take charge, even if there is still an uncertain balance of forces. In Gramsci’s portrayal, the interregnum is a moment when the old order breaks apart and is no longer viable, yet the new one still does not exist, even as a mounting force. So instead the result is a kind of political and social pathology. And in Europe at the moment we’re in a situation where all sorts of pathological phenomena are emerging, because the old order is no longer working, in particular the European Union in the form it’s been given since 1990 (by which I obviously mean the EU since Maastricht, and not the Europe of the Treaty of Rome). And the other side has no strength either. In Greece, yes, Syriza is a force, and perhaps up to a point there are other moral, ideological and political forces in various different European countries. But all that does not make for a political alternative—not yet, anyway—and that’s why we face the pathology of rising nationalisms, popular moral despair, disgust with politics, etc. And in the end that could have catastrophic consequences.

You’ve worked with Immanuel Wallerstein on the notions of “race” and “nation”. You term Greece a “historic nation”, one that’s fundamental to Europe. What do you mean by the term “historic nation” and how is it possible to avoid that being appropriated in an unintended manner by all kinds of nationalisms?

“Nation” is a complex term with multiple meanings. Nations are long-term cultural formations, each of which has its own unique history. Using different language we could call them ideological formations, but I prefer to hold onto the word “cultural”. Greece’s history goes back a very long way, and then there’s its national independence, etc. That doesn’t mean that there are not divisions. There are divisions even within a culture. So we have a cultural formation, as well as a constant conflict within that. And “Greek nation” also means the state—the Greek state, in this case. So that poses the question of national sovereignty, of popular sovereignty. Is that the same thing? I’m a European federalist myself, but that’s not to everyone’s taste. I am increasingly federalist, but I also think that the question is ever more complicated. I’ve come to this understanding gradually, and I have to tell you I didn’t agree with Habermas on the idea that we have entered a post-national constellation in which the question of the political-national unit completely belongs to the past. Even so we ought to recognise that Habermas himself developed his thinking in that regard. It’s true that at one point I thought that certain questions concerning democracy, popular sovereignty and political power were posed increasingly at the supra-national level and ever less on a national scale. Then I developed my thinking on that score: I really like my friend Kalypso Nikolaidou’s slightly bizarre concept of demoicracy [demoi is the plural of demos]: that is, democracy in the plural, a pluralist democracy in which nations do not disappear. Kalypso emphasised that the EU headquarters ought not always be in Brussels—even today the presidency moves around. Its administration ought to move from one country to another, in order to symbolically and materially demonstrate the equality of European nations. Europe can only survive if it makes a both mental and institutional effort to counter its natural tendencies and establish equality among nations. Nations clearly do have to abandon some of their exclusive sovereignty, insofar as today this is only a myth, which has been replaced in practice by a shared sovereignty. On the other hand, nations must also gain something from this in exchange, for example in terms of solidarity and equality.