REVIEW: Friend of the downtrodden: Eqbal Ahmad by Stuart Schaar 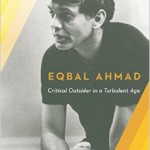 IT takes a brave writer to attempt the biography of somebody he has liked and admired for most of his life as it is difficult to view a fallen comrade objectively. But this is what Stuart Schaar has done in Eqbal Ahmad: Critical Outsider and Witness in a Turbulent Age. The many friends and admirers of Eqbal Ahmad (1930-1999) will welcome his book. Many aspects of his life as a student, an academic and political activist in the United States are not very widely known in Pakistan, and we owe Schaar a vote of thanks for his diligent documentation. The author was a friend of Ahmad’s from their days at Princeton in the late ’50s, and fills in many blanks in his early life.

Some lives leave ever-widening ripples in the pond that long survive them. Ahmad was one such person whose influence touched most of those he met. His strong personality, while never overwhelming, exuded a powerful aura of deep conviction. Perhaps his most precious gift was his ability to listen to others in a way most of us don’t: he would pay young students the same courtesy of carefully following their argument that he would extend to the rich and powerful.

I first met Ahmad in 1974 when I lived in Lahore, and got a call from the late I.H. Burney, the legendary editor of Outlook, the widely-quoted maverick Karachi weekly, asking me to do an interview with a certain Eqbal Ahmad who was in town. When (much to my later embarrassment) I expressed my ignorance about him, Burney told me briefly about his involvement in the famous Harrisburg Seven trial in the United States.

Those were pre-Internet days, and although I knew vaguely about a group of American radicals who had been arrested for an alleged plot to perform a citizens’ arrest on Henry Kissinger for his role in the Vietnam War, I had no idea that a Pakistani was a member of the group. In his book, Stuart Schaar gives fascinating details about this trial and the anti-war coalition that supported the Harrisburg Seven.

Without the help of Google, I quickly made up some questions on the fly and drove to the hotel where Ahmad was staying. I found him chatting to Safdar Mir, the left-wing intellectual who then wrote on cultural issues for the Pakistan Times as Zeno. I barely recall the interview now, but was quite pleased when Burney mentioned some months later that Ahmad had told him that I had asked him the most interesting questions posed by any journalist who had interviewed him.

In addition to being students together, Schaar and Ahmad travelled to North Africa where the latter got deeply involved with the Algerian freedom movement while they were both doing research in Tunisia. The two had been deeply influenced by Roger Le Tourneau, a French expert on North Africa, who taught them at Princeton. Ahmad went to Paris to learn French, and developed an abiding interest in ‘Third World’ freedom struggles through his contacts with Algerian resistance figures. His time in Tunis — where many journalists and Algerian activists lived during the Algerian war — gave him the opportunity to meet many interesting media figures and politicians. But despite his huge range of interests and passions, no other issue got his intellectual and emotional juices flowing as much as Palestine, and the injustices inflicted on Palestinians. Schaar describes his deep engagement with the major actors on the Palestinian side, and his efforts to make the Palestine Liberation Organisation understand that they could never hope to win their freedom through armed action. The Israelis were just too powerful for them to be defeated on the battlefield and enjoyed open-ended American support. Instead, Ahmad advocated a peaceful campaign based on moral persuasion to gain international support. He also supported a single state shared by Israelis and Palestinians. Much to his frustration, this advice was ignored by Yasser Arafat and his coterie.

Up until his death, Ahmad continued to write and talk about Palestine to express his pain and anger over the oppression there. Despite the large number of Jews he counted among his close friends, he could not empathise with the Israeli narrative of a persecuted people who had been homeless for millennia, and had finally achieved their own state. Given their experience as a downtrodden minority in the diaspora, as well as the horrors of the Holocaust, their paranoia and their desire for security could partly explain their endless foot-dragging over the creation of a Palestinian state.

Of course the Israeli oppression of the occupied people of Palestine is inexcusable, but Ahmad made little effort to put himself in an Israeli’s shoes. However, Schaar does not make this point. Indeed, while describing Ahmad’s political positions on a wide range of issues, the author makes no attempt to analyse or critique them. His affection and admiration for his old friend thus prevents him from wearing an impartial biographer’s hat. So while he chronicles events and the development of Ahmad’s ideas accurately, the reader does not get a sense of any disagreement the author might have had with his subject. Nor, indeed, are flaws in any of Ahmad’s arguments discussed.

Every now and then, Ahmad would mention some episode from his early days to me, and I am grateful to Schaar for giving us details about his childhood and youth. A description of the trauma of his father’s murder in Bihar before his eyes, and his crossing to Pakistan in 1947, gives readers insights into the early influences that shaped him. In the last phase of his peripatetic life, Ahmad spent a lot of time in India in an attempt to push the peace process forward. Indeed, Schaar mentions his conviction that Partition could be somehow undone.

Schaar mentions several delightful exchanges between Ahmad and his closest friend, Edward Said. In one, Ahmad wrote: “With much humble affection and prayers that I stay a particle of dust under your vigorous feet, I remain forever your homage-paying chamcha.” In his speech at Ahmad’s memorial at Hampshire College in 1999, Schaar cites Said quoting from a letter written to him by his friend.

This kind of wit and elaborate, self-mocking turn of phrase was never far from the surface with Ahmad. Although I often disagreed with him, as friends do, I always respected his views. So now when I mull over issues I am writing about, I find myself asking: What would Ahmad think about this? What position would he take?

By taking readers across the entire fascinating range of Ahmad’s preoccupations and passions, Schaar has made his subject accessible to all those who never had the privilege of knowing him. In a fairly short, fluently written work, Schaar has done his old friend proud, and shed light on a thinker, an engaged activist and a wonderful man.

Eqbal Ahmad: Critical Outsider and Witness in a Turbulent Age

see: dawn.com
Eqbal Ahmad (1930?-1999) was a bold and original activist, journalist, and theorist who brought uncommon perspective to the rise of militant Islam, the conflict in Kashmir, the involvement of the United States in Vietnam, and the geopolitics of the Cold War. A long-time friend and intellectual collaborator of Ahmad, Stuart Schaar presents in this book previously unseen materials by and about his colleague, having traveled through the United States, India, Pakistan, western Europe, and North Africa to connect Ahmad’s experiences to the major currents of modern history.
Ahmad was the first to recognize that former ally Osama bin Laden would turn against the United States. He anticipated the rapidly shifting loyalties of terrorists and understood that overthrowing Saddam Hussein would provoke violence and sectarian strife in Iraq. Ahmad had great compassion for the victims of the proxy wars waged by the leading Cold War powers, and he frequently championed unpopular causes, such as the need to extend the rights of Palestinians and protect Bosnians and Kosovars in a disintegrating Yugoslavia. Toward the end of his life, Ahmad worked tirelessly to broker a peace between India and Pakistan and to prevent the spread of nuclear weapons throughout the subcontinent. As novel and necessary as ever, Ahmad’s remarkable vision is here preserved and extended to reveal the extent to which he was involved in the political and historical conflicts of his time.

Stuart Schaar is professor emeritus of Middle East and North African history at Brooklyn College, CUNY. His most recent publication is The Birth of the Arab Citizen and the Changing of the Middle East. He lives in Rabat, Morocco.
“This book is full of remarkable original primary material on the life and writings of an intellectual and activist well deserving of a biography.” — Rashid Khalidi, Columbia University

“Eqbal Ahmad was a brilliant and penetrating critic and analyst, a courageous fighter for justice and freedom in much of the world, steeped in humanistic understanding, warm and compassionate, a dear friend. His accomplishments ranged from demolishing self-serving dogmas about the Cold War to such constructive work as bringing Indians and Pakistanis together in a search for an amicable settlement of a tragic conflict, and far too much more even to try to mention. His life, achievements, and legacy are vividly portrayed by his close friend Stuart Schaar in this outstanding study, a fine tribute to one of the most remarkable people I’ve been fortunate enough to know, or even to know about.” — Noam Chomsky

“Eqbal Ahmad was a remarkable human being as well as a seminal progressive political thinker. In this illuminating intellectual biography, Stuart Schaar, brings his subject to life, drawing on their long, intimate friendship and shared scholarly engagement with the politics of the Middle East and the Islamic world. Above all, Ahmad grasped the toxic interplay between the maladies of postcolonialism and the persistent imperial ambitions of the West better than any of his contemporaries.” — Richard A. Falk

“By taking readers across the entire fascinating range of Ahmad’s preoccupations and passions, Schaar has made his subject accessible to all those who never had the privilege of knowing him. In a fairly short, fluently written work, Schaar has done his old friend proud, and shed light on a thinker, an engaged activist and a wonderful man.” — Irfan Husain, Dawn

“Schaar has done us a service in providing an introductory overview of Eqbal Ahmad’s life and thought, unveiling the man’s humanity, frustrations, foibles, brilliance, and even his culinary talents (an appendix provides a recipe for a “Chicken Tikka Masala Marinade”).” — Friday Times