Hit enter to search or ESC to close
DiversityPoliticsWorld 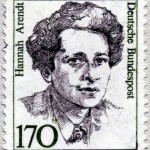 She had escaped Germany, survived the French internment camp in Gurs, and was living in the United States. For Arendt, “there is not and never was any club founded by Hitler-​persecuted people whose name indicated that its members were refugees” (110). The concept of a refugee was already out of time: “We ourselves call each other “newcomers” or “immigrants”, she asserted. Arendt was writing before the adoption of the 1951 Refugee Convention definition of refugees as persons with a ‘well-​founded fear of being persecuted’. A fearful person in need of a state’s benevolence and protection was far from what Arendt had in mind when she reflected on the people who had lost homes, friends, occupations, and languages. Informed by her narrow sense of the political, a refugee was a person who sought refuge because of some act they had done or radical political opinion they held. They had acted in the world – a key feature of being political for Arendt. Their actions had exposed them to threats and dangers from which they had to flee and seek refuge. But the meaning of refugee was changing. People fleeing Europe during WWII were not ‘political’ in the sense Arendt valorized: “we committed no acts and most of us never dreamt of having any radical opinion”. The ‘refugee’ was becoming the person “so unfortunate as to arrive in a new country without means and have to be helped by Refugee Committees” (110).

Arendt’s defiance strikes a chord with me as I reflect on the response to what has been termed the “refugee crisis” in Europe today. But comparisons should be cautiously drawn. This mass movement of people is not new. People did not start fleeing Syria in the summer of 2015. They had been moving in large numbers since 2012, with millions in camps in Jordon, Lebanon, and Turkey. Nor is Syria the only source, and Europe the only destination. The Mediterranean shores of Greece would appear to be the only sentient membrane of the European conscience.

Many have compared the present movement of people through the Mediterranean to Jews fleeing Europe before and during WWII. That must involve the comparability of catastrophes, and a generalizable figuration of the refugee. I wish to address two issues this throws up — first, the problem of comparing ‘crises’ and ‘catastrophes’; and second, the figuration of the ‘refugee’. What does it mean to philosophise about ‘catastrophe’ – these events that people too readily think are comparable, one with another? What is the nature of equivalence asserted between different moments of mass movement of peoples?

The world is almost permanently in the grip of ‘catastrophe’: refugee crises, climate change, nuclear disasters, and the possibility of total destruction. In his recent book After Fukushima: The Equivalence of Catastrophes, Jean-​Luc Nancy asks what it means to philosophise after Fukushima.2 In this he echoes Adorno’s question, what does it mean to write poetry after Auschwitz? What Nancy is getting at is the question of the equivalence of catastrophe. There may be a strong proximity between philosophy and poetry, but there are differences between Auschwitz and Fukushima. Drawing on Marx’s thinking on money as ‘general equivalence’, he remarks that we confront a global crisis of meaning, sense, or value that goes along with the problem of general equivalence. Even though there are immense differences between Auschwitz and Hiroshima, they are catastrophes that are often compared (despite their differences) for manifesting a ‘technological rationality’ expressly calculated for annihilation (10). Auschwitz and Hiroshima, both names, Nancy says, that mark the crossing of limits (not of morality, politics, or humanity) but of the very possibility of meaning. They are names “on the outermost margin of names, names that name only a kind of de-​nomination – of defiguration, decomposition” (13). These names must be heard with Paul Celan’s poem, Stretto, in mind:

The place, where they lay, it has
a name – it has
none. They didn’t lie there. Something
lay between them. They didn’t see through it. (13)

Can the proper names Auschwitz and Hiroshima be written together? A proper noun is a way to encounter something beyond signification. As Nancy explains:

It signifies itself and nothing else. About the denomination that is that of these two names, we could say that instead of passing beyond, they fall below all signification. They signify an annihilation of meaning. (13)

This is precisely why catastrophes are incommensurable. Without access to meaning no comparison can be drawn. We are left only with the singularity of the proper name at the limits of language.

Much continues to turn on the common noun, “refugee”. Debates seem to focus on whether people moving to Europe are ‘economic migrants’, people who want a better life, or ‘genuine refugees’? I have a blunt answer: ‘we are here because you were there’!3 ‘We are coming because you have not stopped meddling in our affairs’. Tony Blair has admitted his incompetence contributed to the rise of ISIS. Meddling in Mosul has an even longer history. David Cameron’s ‘swarm of people’ in Calais is empire redux.

The redundant refugee is a mirror image of Europe’s own redundancy. The problem of what it means to be European is already a question that is out of time. European ideologues are scrambling to hold on to core principles just as Europe’s constituent states are re-​erecting borders and fences. There is an analogy to be drawn between Germany’s response to Greece (Grexit), and Hungary’s response to migrants. ‘Better you’re out than in’! A political act of defiance in both cases is to defy the gatekeeper and attempt to stay on your own terms. This need not mean that being part of a European polity or economy are the only options. For exile or debtor being in or out will not be a victory or defeat that can be measured in the short term. What matters is that people struggle for an alternative.

The status of ‘refugee’ will always be out of time by coming after the act of defiance that compels people to move to a better and safer life. One need not have radical opinions to seek refuge. To refuse internment at the borders of Europe; to want more for your children than charity; to risk everything by crossing seas and land borders – these are all political acts. The newcomer and the migrant are a constitutive force. They venture toward a future in which the label ‘refugee’ is always already redundant. It always comes too late. If the refugee is out of time and out of place, how might the condition of exile open political possibilities?

Edward Said addressed this question in his essay, “Reflections on Exile”, cautioning against romanticizing exile:

Is it not true that the views of exile in literature and, moreover, in religion obscure what is truly horrendous: that exile is irremediably secular and unbearably historical; that it is produced by human beings; and that like death, but without death’s ultimate mercy, it has torn millions of people from the nourishment of tradition, family and geography?4

And yet, pitching exile against nationalism in a dialectical struggle akin to Hegel’s master and servant, Said drew out the elements of solitude and loneliness of exile that may present an “alternative to the mass institutions that dominate modern life” (146). The moral imperative, as Adorno put it, is “not to be at home in one’s home” (147). Said embraced the sense that the only “home” that is truly available is in writing. This need not only be the exalted privilege of the intellectual, for inhabiting language and culture contrapuntally, is the experience of all exiles.

Can the exile be housed in language? Reflecting on home, exile, and statelessness, Judith Butler in her book Parting Ways: Jewishness and the Critique of Zionism considers the possibility of the poem as a home or homeland that puts an end to exile:

One might wish the poem could become a home or homeland that puts an end to exile, but the poem is no place, its borders are not closed. It is in this sense utopic, opening out to a plurality that is called forth by the scene of its address.5

Butler is reflecting here on a poem by the Palestinian poet Mahmood Darwish, “Who Am I, Without Exile?”. What, Darwish asks, would it mean to live in a time where there is no thought without exile? Darwish’s poem points to a liminal place without a road (no where to go, no direction), or home (no where to stay, dwell, be):

There is nothing left of me but you, and nothing left of you
but me, the stranger massaging his stranger’s thigh.
stranger! What will we do with what is left to us
of calm and of snooze between two myths?
And nothing carries us: not the road and not the house.
Was this road always like this, from the start,
or did our dreams find a mare on the hill
among the Mongol horses and exchange us for it?
And what will we do?
What
will we do
without
exile?6

For Butler, “Exile is the name of separation, but alliance is found precisely there, not yet in a place, in a place that was and is and in the impossible place of the not yet, happening now” (224).

Some years ago I encountered a stranger in Paris – that celebrated cosmopolitan city of exiles. A friend and I were making our way to the Palais de Justice for a function to mark the launch of the International Criminal Court. When we tried to hail a taxi, a modest unmarked car pulled up in front of us. We informed the driver of our destination and he offered to take us there for a price yet to be agreed. He spoke French and Tamil. I speak English, Sinhala, and not enough French to get by. It soon became clear that this man was a Tamil who had left Sri Lanka in circumstances very similar to my own. Despite feeling that I shared much in common with him, we did not share a language. But the joy our encounter brought me was immeasurable. I was on a road with a stranger but the ever-​present sense of estrangement dissipated. This was the pleasure of exile – no illusion or dogma, just the simple sense that the only ‘home’ I wanted and needed that night was in that car with this man.

Stewart Motha is a Reader, School of Law, Birkbeck, University of London.