Class and Politics in Post-Revolutionary Iran: A Brief Introduction

By Guest contributor(s)Wednesday 23 March 2016 No Comments 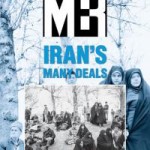 The dominant narrative of the 1979 Iranian revolution granted a pivotal role to a new political actor—the downtrodden masses. Over the past two decades in Iran, a different protagonist gradually replaced them, equally captivating and elusive—the middle class. While neither category fully represented the reality of Iranian society, each idea was deployed as a weapon to reshape the political order.

During the early years of the Islamic Republic, for instance, low-ranking clerks, technicians and nurses in the Ministry of Health joined with janitors, gardeners and kitchen staff to demand that their salaries and privileges be brought level to those of well-paid bureaucrats and doctors. [1] Outward displays of revolutionary commitment boosted claims for inclusion in newly coalescing bodies such as the rural development organization Construction Jihad or the auxiliary militias of the Revolutionary Guards. The tensions within the coalition once united against the Shah turned this upsurge in mobilization into ammunition in bloody internecine battles. Both state and society were restyled, publicly visible in clothing and language. Suits were baggier, neckties removed and chadors homogenized into uniforms. The egalitarian address of fellow citizens as “brothers and sisters” superseded the protracted Persian honorifics of the old intelligentsia. The righteous invocation of the category of the masses became obligatory in national politics.

In the wake of the Iran-Iraq war (1980-1988) and subsequent economic reconstruction, the scales of status began to tip. A not-so-subtle makeover occurred, whereby assertions of expertise began to compete alongside existing declarations of revolutionary fervor. In 1992, Revolutionary Guards commander Mohsen Rezai penned a series of newspaper columns in which he argued that maintaining the Islamic Republic’s hard-won independence in a post-Cold War world required the cultivation of technical prowess, economic efficiency and a culture of entrepreneurship. [2] The tone of Rezai heralded a more general shift during the 1990s toward a cautious celebration of technocratic expertise and its assumed social carrier, the middle class.

Much like the early years of the revolution, the change in mood could not be understood solely through top-down schemes of social engineering or the needs of the state. It was also an elite response to popular developments. While intricately linked to post-revolutionary government policies, such as the broadening of health care and education into the countryside and new channels of upward mobility for outwardly committed cadres, the social transformations underway were far more sweeping than most politicians realized. In the central province of Kashan in 2010, I was invited to a young friend’s village, where his grandmother hosted us in her newly built two-story house. In the backyard sat her old home, a collapsed sun-dried brick structure where she had raised a family. What about her three sons? I asked. Had they worked as laborers for the local government and received a state loan to build it? “Oh no,” she replied, “two are engineers and one is a doctor, so they gave me this house as a gift.” In Iran, as in many post-revolutionary countries, an expanded professional class sprouted out of a tumultuous process of social leveling.

Like everywhere else, the idea of a singular middle class in Iran has arguably been more coherent than the reality. Economists cannot agree on how to conceptualize, much less measure, the size of middle classes in poorer countries. For some scholars, anyone above the global absolute poverty line of $2 per day is middle-class; by that standard, more than 95 percent of the population of the Islamic Republic would be included. Increasing the definitional threshold will produce, through basic subtraction, a smaller measurement of the middle class. If one uses a consumption basket of goods and services associated with wealthy countries, estimates of middle class size for countries similar to Iran dip near the single digits, especially if the super-wealthy in those countries are excluded. [3]

Hailing consumption as proof of a unitary middle class—as when visiting journalists goggle at the fashionable Tehran pedestrians—is misleading for another reason. In most countries, poorer people emulate the conspicuous consumption of those above them in social status. When I voted for president in northern Tehran in the summer of 2013, many in the queue dressed similarly, within their own generational boundaries. Yet when I straw-polled those around me after casting ballots, only half supported Hassan Rouhani, the supposed choice of the middle class. One cannot read politics directly off consumption. Indeed, a major reason why individuals consume far beyond their means is to adopt the pretense of middle-class demeanor.

Given this imprecision, educational and occupational status is a preferred criterion of the middle class. Iran’s 2011 census reported that just over 18 percent of the population held higher educational degrees, including theological ones. Half a decade later, the figure is likely 4-6 percent higher. Depending on the classifications used, ranging widely from counting high-status managers and administrators to adding on poorly paid teachers and office clerks, between 15 and 30 percent of the work force is employed in ostensibly middle-class positions. [4]

Inferring a common politics from these status credentials, however, proves a similarly vexed task. Over the past decade, as often reported in the press, Iran’s widening pool of university graduates experienced higher unemployment rates on average than less-skilled job seekers. Poorly functioning labor markets in an oil-drenched economy were usually blamed, but few noticed strikingly similar trends in resource-poor Turkey, Malaysia, Egypt and a host of other middle-income countries. [5] Even by occupational classification, as Iranian sociologists have noted, the vast heterogeneity within the middle range defies stable predictions of political behavior. [6] In other words, the mere expansion of middle-class consumption, credentials or employment provides no assurance of reformist political success. Rather than the inevitable vanguard of democratization, middle classes are situationally temperamental: largely pro-Modi in India, both anti-Mubarak and pro-Sisi in Egypt, split between rival Yellow Shirts and Red Shirts in Thailand.

In Iran over the past two decades, philosophers, politicians, activists, clerics, journalists and social scientists on all sides invoked the coherence of a middle class to lay claim to what was desirable or possible through politics. Some did so by asserting the idea as a universal category, open to all comers. Others denied that class divisions existed at all, by dint of a religious or national contrast to conflict-laden Western countries. When domestic cleavages were identified, the opposing side sat in the minority and not the mighty middle. At the level of nationalist ideology—the common currency of Iranian politics—competitors increasingly claimed to speak for the middle rather than the masses. [7]

In sum, the Iranian middle class was assembled, not discovered. It was not inevitable that a war veteran, a female engineering student or a self-identified Arab-Iranian, for example, would vote for, protest against or boycott particular candidates or parties. The reactions and counter-reactions of political mobilization, rather than given economic and social divisions, propelled waves of collective action out of newly forming but indeterminately disparate middling groups. These invocations were successful when coalitions far larger than the actually existing middle class were built, such as in the elections of Mohammad Khatami in 1997, Mahmoud Ahmadinejad in 2005 or Hassan Rouhani in 2013. Political mobilization—through elite institutions, quasi-party organizations, civic associations and popular movements alike—was formative, not just reflective. [8]

If the middle class in Iran is neither naturally occurring nor permanently affixed, two implications follow. First, absent another war or economic collapse, the aspirational universalism that permeates middle-class discourse will increasingly be the reference point of the Iranian public sphere. Political elites may choose to ignore or fight against it, but they do so at their own peril. In reality, this will mean a frequent redrawing or upgrading of civic and economic demands, political identities and social cleavages. Broad popular coalitions extending far beyond the discernible middle classes will have to be mobilized in order to drive forward new agendas, whether liberal reform or conservative retrenchment.

Second, pushing against this trend is the inherent exclusivism of middle-class politics. [9] Displaying middle-class bona fides gives visibility in Iranian politics, voice in everyday life and empathy in international media. As growing flows of capital, labor and goods pass through the Islamic Republic, not everyone will hold the same capacity to make these claims. While we rightly hold out the promise of politics in Iran, we need to pay heed to the people in danger of being made invisible by those politics.

Author’s Note: With the exception of Arang Keshavarzian’s essay, the articles in this issue were first presented at a workshop hosted by the Center for Middle Eastern Studies at Lund University in March 2015. All authors have conducted fieldwork in Iran for their contributions. Thanks to Lars-Erik Olofsson and Rouzbeh Parsi at Lund’s Center for providing support and space for the development of the articles.

Kevan Harris is assistant professor of sociology at UCLA and an editor of this magazine.