A Time of Disruption 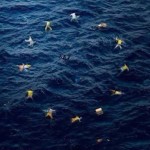 So the time of disruption has come. Against the backdrop of economic disaster, bureaucratic arrogance and a contemptuous lack of concern for social questions, the appeal of the European project has constantly weakened over recent years. And the centrifugal forces that had been building up have today got the upper hand. The United Kingdom’s exit from the European Union is the first movement of what has now become a very likely — if not yet inevitable — process dismembering the EU.

´´So the time of disruption has come. Against the backdrop of economic disaster, bureaucratic arrogance and a contemptuous lack of concern for social questions, the appeal of the European project has constantly weakened over recent years.´´

As well as the difficulties this proto-state was already wrangling over there is now the wave of financial and economic shocks coming from Brexit; divisions over what attitude to follow in implementing it; and the contradictory interpretations of what new direction should now be taken. For those who remain, should there be more or less Europe? This is a rhetorical alternative that masks a genuine impasse: increasing integration is utterly impossible in a context in which public opinion is more and more hostile to the EU, but not making a leap forward in integration would forbid any repair of its powerfully dysfunctional institutions… The trap of the democratic deficit thus ensnares the Europe of capital.

The UK vote is a class vote. Those who have lost 10% of their wages since 2008 struck a heavy blow at prime minister David Cameron and the bosses, unanimous in their support for the EU. There is evidence that this vote is partly motivated by racist sentiments and that the far Right dominated the Leave camp. But the incapacity to articulate a Left Leave — beyond small formations like the Socialist Workers Party and a few union bodies — is a failure of the whole British Left. In particular it is a missed opportunity for the new Labour leader — and historic Eurosceptic — Jeremy Corbyn, who made his own small contribution to delivering the popular classes into the arms of his enemies.

This fresh electoral insurrection expresses the large-scale political recomposition now underway in the West: almost everywhere the extreme centre — centre Right and centre Left alike — is being put in difficulty by forces and figures as politically opposed as Donald Trump and Jeremy Corbyn, Podemos, and Marine Le Pen. The EU is the archetypical incarnation of the extreme centre project. In the 1970s continental integration was almost at a standstill, progressing only through the slow sedimentation of European Court of Justice decisions. Its resumed takeoff in the 1980s, which led to the realisation of the single market and then economic and currency union, coincided with the affirmation of neoliberal ideology and financial hegemony.

The product of this short historical sequence, the EU’s institutions definitively bear its stigmata. As the almost perfect institutional incarnation of the Zeitgeist of the neoliberal era, the EU does not have the historic depth that would allow it to address the great turbulence unleashed by the 2008 crisis and rearm itself for the new period. Lacking in any democratic roots, nor does it have the legitimising procedures that would allow it to reinvent itself. A space of compromise among “responsible” governmental partners, the EU is the terrain of a permanent grand coalition excluding any popular involvement.

This permanent coalition moreover reduces national democratic processes to a masquerade, because in its very construction it forbids any possibility of substantially different economic and social policies. So how can we be surprised that the EU no longer exercises any power of attraction for the British citizens who remained on its margins?

After the referendums in France and the Netherlands in 2005, in Ireland in 2008 and Greece in 2015, the Brexit vote confirms that the pro-EU bullying does not work. And to align with it would be deadly for the Left. It would mean leaving the ground open to the far Right. As a recent Pew Institute study tells us, opposition to the EU is spreading. Unfavourable views of the EU are very much in the majority in Greece (71%) and France (61%) but also now very high in Spain (49%) and Germany (48%). If we just stick to economic questions, they are in the majority across the EU. Another interesting lesson is that the rejection of the EU is not monochrome. While mainly of the Right in Northern Europe, it is more on the Left in the South.

The EU is not a battlefield, for the Left and social movements do not have any significant position at this level. Today hostility toward the EU is the central terrain of struggle. This is the site where the Left has to fight off xenophobic and authoritarian currents by articulating an internationalist class project.

This piece was first published in French in Contretemps.