Hit enter to search or ESC to close
IslamMiddle EastPoliticsWest

By Guest contributor(s)Monday 7 May 2018 No Comments 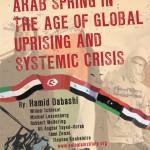 There is a video – tucked away somewhere deep in the attic of the internet – of me 15 years ago, convening an international conference on Edward Said’s book, Orientalism, at Columbia University. Said at that time was still with us. In this video, you can see me briefly introduce him (not that he needed any introduction on our campus) before he takes up the stage to share his very last thoughts on his groundbreaking masterpiece.

There is another video from just a few months ago, in September 2017, in which I was interviewed by a young colleague in Geneva offering my latest thoughts on the significance of Orientalism today. In between these two events I wrote and published my own book Post-Orientalism: Knowledge and Power in Time of Terror (2009).

These three dates – 2003, 2009, and 2017 – are very much typical of the temporal trajectory of critical thinkers of my generation and their enduring debt to Said and his magisterial text that turned an entire discipline of scholarship upside down and enabled a mode of thinking hitherto impossible to fathom in postcolonial thinking around the globe. In Orientalism, Said unleashed our tongue and unsheathed the sword of our critical thinking.

´´Orientalism hit the right note at the most momentous occasion when the postcolonial world at large most needed it – when the condition of coloniality needed a thematic and theoretical decoupling from the framing of capitalist modernity at large.´´

There is another crucial date I need to record here: October- November 2000 when the Italian Academy for Advanced Studies at Columbia University hosted the eminent founding figure of the school of subaltern studies, the Indian historian Ranajit Guha, to deliver a series of lectures that were subsequently published in the book, History at the Limit of World History (2003).

On this occasion, my other distinguished Columbia colleague Gayatri Spivak and I organised a two-day conference around Guha’s lectures that we called, “Subaltern Studies at Large”. Said was present at this conference and gave a keynote speech at its first plenary session.

The Empire writes back

These among many other seminal hallmarks of the two interrelated fields of Postcolonial and Subaltern studies, as defined by towering critical thinkers like Said, Spivak, and Guha are indices of a seismic groundswell in transforming modes of knowledge production that have historically framed and provincialised the received Eurocentrism of our understanding of the world around us.

Before these seminal thinkers, the world of colonial modernity was at the receiving end of European scholarship. Their writing enabled generations of scholars to think in terms contrarian to the epistemic foregrounding of Eurocentric social sciences and humanities.

There are a number of crucial texts at the epicentre of this historic reorientation of critical scholarship in social sciences and humanities – chief among them Spivak’s powerful essay, “Can the Subaltern Speak?” But no other text has assumed the iconic importance of Said’s Orientalism for a number of substantive and circumstantial reasons.

Orientalism was the right book at the right time by the right author. Solidly established as the pre-eminent literary theorist of his generation, Said wrote many books and articles before and after Orientalism.

But Orientalism hit the right note at the most momentous occasion when the postcolonial world at large most needed it – when the condition of coloniality needed a thematic and theoretical decoupling from the framing of capitalist modernity at large. We on the postcolonial edges of capitalist modernity needed a defining text, a totem pole, a worldly testimony, to bring us all together – and Said was born to write that text and build that edifice.

Like all groundbreaking texts, Orientalism has attracted many significant critical encounters – chief among them two seminal essays by Aijaz Ahmad and James Clifford. In my own Persophilia: Persian Culture on the Global Scene (2015), I have found myself seriously diverging in some crucial ways from Said’s positions.

Like all other seminal thoughts, Orientalism has a number of important precedents in the work of Anouar Abdel-Malek, Talal Asad, and Bernard S Cohen. But all such precedents and critical encounters, in fact, come together to stage and signify Said’s Orientalism even more than if it were denied such encounters.

Against the background of all such cacophony, Orientalism was and remains a cogent critique of colonially conditioned modes of knowledge production. It is a study of the relation between knowledge and power, and as such, deeply rooted in and indebted to the work of Michel Foucault and before him Friedrich Nietzsche.

There is an even longer and more substantive critique of the sociology of knowledge that goes back to Karl Marx and Friedrich Engels’ The German Ideology and comes down to such seminal sociologists as Max Scheler, Karl Mannheim, and George Herbert Mead. Said himself was not fully conscious of this veritable sociological trajectory, for he was primarily a literary critic and his critique of Orientalism was primarily a critique of figurative, tropic and narrative representations.

The enduring lesson and abiding truth of Said’s Orientalism is in its clinical precision diagnosing the pathological relationship between interested knowledge and the power it serves. As I have argued in detail in my Post-Orientalism book, today, the relation between power and knowledge about the Arab and Muslim world, or the world in general, has gone through successive gestations.

The classical age of European Orientalism eventually degenerated into American Area Studies and further down to the rise of mostly Zionist think-tanks in Washington, DC, and elsewhere writing the interests of the Israeli settler colony into the imperial interests of the United States. Today, Arabs and Islam are no longer subjects of knowledge and understanding, but objects of hatred and loathing.

Today, two notorious Islamophobes with a sustained history of the hatred of Muslims and their faith, Mike Pompeo and John Bolton are the US secretary of state to US President Donald Trump and his national security adviser. We are no longer in the field of Orientalism as Said understood and criticised it.

Today in Europe, their hatred of Judaism and Jews has successfully transformed itself to the hatred of Islam and Muslims. At its height, classical Orientalism generated a monumental scholar like Ignaz Goldziher, who, at great personal cost to himself refused, to yield to the pernicious power of Zionists trying to recruit his knowledge into their ranks. Today, a Zionist propagandist like Bernard Lewis is the chief ideologue of the Neocons’ hatred against Muslims and imperial designs on their homelands.

Today, a close and critical reading of Said’s seminal masterpiece requires an even more radical dismantling of the European project of colonial modernity and all its ideological trappings. Said paved the way and pointed us in the right direction. The treacherous path ahead requires not just the sparkles of his critical thinking but also the grace of his courage and imagination.

Hamid Dabashi is the Hagop Kevorkian Professor of Iranian Studies and Comparative Literature at Columbia University.