By Guest contributor(s)Tuesday 19 October 2021 No Comments

Empowering religious groups to become political actors does not constitute freedom of religion for all and violates the norms of secularism, whether exercised at home or abroad

While Islamist apologists attempt in their writings and public statements to dampen the shock of the Taliban’s ascent to power in Afghanistan, many around the world are genuinely alarmed, expressing particular concern about the fate of Afghan women, children, artists, scholars, journalists and the like.

The hasty withdrawal of the US from Afghanistan is sometimes blamed for this outcome, but US involvement and responsibility clearly date back to the 1970s. Observers agree that both the longer-term and immediate origins of the crisis lie in the failure of US foreign policy, including the 20 years of aimless occupation that ended through negotiations of undisclosed terms with the adversary.

Involvement in Afghanistan was part and parcel of the US ‘green belt’ policy against Soviet communism and Third World nationalism. This policy of relying on Islamists to counter the communist and nationalist left in the region directly or indirectly resulted in the rise of Islamism and culminated in 9/11. The Islamists then became the new enemy and the attention of NATO, and the Western world more generally, shifted from the specter of the now defeated erstwhile enemies to the threat of Islamism that had begun to enter the heart of European nations and the US.

The recent fiasco in Afghanistan ensued from this misguided policy and in turn generated disquieting reactions from the leaders of those ambivalent allies who had previously aided and abetted the US in its affairs. The president of Turkey announced after the Taliban takeover that Turkey “has nothing that contradicts their beliefs,” causing public reaction. The prime minister of Pakistan declared that the Taliban have “broken the shackles of slavery” by freeing themselves from subservience to Western culture. Multiculturalist sympathizers of Islamism in the West might take note.

In her important recent book, ‘Beyond Religious Freedom’, Elizabeth Shakman Hurd addresses the role of religion in US foreign policy and notes a growing tendency after 9/11 for “government engagement with faith communities” to reach political ends. The various cases that she examines do not include Afghanistan, except for minor references in passing, and her main concern regarding the post-9/11 context are the US efforts to counter ‘bad’ (radical) religion by promoting ‘good’ (moderate) religion.

But her observation can be extended back to the pre-9/11 period, as she rightly observes that a similar policy of promoting religiosity was also pursued during the Cold War years in an effort to “weaken the appeal of communism”.

So, what is wrong with engaging faith communities in foreign lands? Put simply by Hurd, the rhetoric of “religious freedom” serves neither religious nor other types of freedom. Defining individuals and groups in religious terms rules out other forms of affinities that may be equally or more relevant in people’s lives. Also, with such a categorization, “not only are particular hierarchies and orthodoxies reinforced, but dissenters, doubters, those who practice multiple traditions, and those on the margins of community are rendered illegible or invisible”.

These are valid and important points. But, Hurd and other critics of secularism, such as Talal Asad and Saba Mahmood, inexplicably attribute these problems to the power of the modern secular state to distinguish between the religious and nonreligious or between good and bad religion. This attribution is false on at least two counts.

First, premodern and non-secular states as well define religions, determine their degrees of legitimacy, and classify religious communities. Secular modern states at least aim (even if not always successfully) to create the conditions for a universal freedom of belief and conscience for their citizens, whereas premodern and non-secular states have no such pretension.

Second, there is an ongoing and still unresolved debate on whether the US government’s engagement with faith communities in foreign affairs violates the ‘establishment clause’ of the constitution, a point also noted by Hurd. Popularly known as the ‘wall of separation’ between state and religion, the establishment clause of the First Amendment is the US version of ‘secularism’.

Clearly then, in US foreign policy, secularism at home does not translate into secularism abroad. In other words, these misguided affairs abroad cannot be blamed on or even described as the outcome of secularism.

Normatively, secularism is the state’s avoidance of treating people in terms of their (real or presumed) religious identities, while granting them their individual freedom of religion, belief and conscience, which might also be observed collectively if the individuals so wish.

By contrast, empowering religious groups, hence in effect their leaders and spokespersons thus turning them into political actors, does not constitute freedom of religion for all and violates the norms of secularism, whether exercised at home or abroad.

It is a fool’s errand to pretend to build ‘good’ religion to counter the ‘bad’ after having built the latter for another political purpose. Good or bad, religion must be left to the pious. It is not the business of a secular state to meddle in religion for political ends, other than for the ultimate purpose of protecting individual freedoms.

Haldun Gülalp recently retired as Professor of Political Science at Yıldız Technical University and currently chairs the Global Studies and Class Strategies (GSCS) Research Group in Istanbul, Turkey. Previously, he taught sociology at Hamilton College (New York) and Boğaziçi University (Istanbul). He has held visiting professorships at George Washington University, Northwestern University, and UCLA, as well as research fellowships at the Woodrow Wilson International Center for Scholars and Oxford University. He has published widely in the fields of political sociology, sociology of religion, secularism and citizenship. 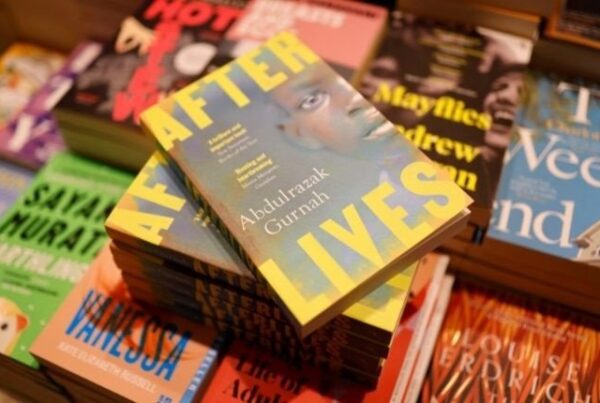