Headquarters of Terrorists Is “Virtual Ummah”

By Guest contributor(s)Friday 11 June 2010 No Comments

What do the terrorists who attempted to strike United States territory in 2009 have in common? What is their connection with the Arab Middle East, often presented as the cradle of Islamic radicalization?
The answer seems to be very little.

What ties together Umar Farouk Abdulmutallab, the Nigerian-born, British-educated, trained-in-Yemen man charged in the failed Christmas Day plane bombing; Anwar al-Awlaki, the fierce radical Islamic preacher who, in fact, holds a degree in civil engineering from Colorado State University instead of a master’s in divinity from an Arab theological school; and Nidal Malik Hasan, the US Army psychiatrist of Palestinian descent charged in the November shootings at Fort Hood, Texas?

To understand, we have to add lesser known activists, such as Daniel Patrick Boyd, a white US citizen and convert to Islam accused of leading a jihadist group in North Carolina, and Bryant Neal Vinas, an Hispanic US citizen from Long Island, NY, who pled guilty last year to assisting al-Qaida and other terrorism-related charges. 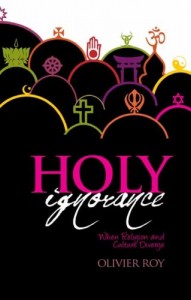 These men are not devout Middle Eastern Muslims who left a war-torn fundamentalist Arab society to attack the West. Most have only distant connections with the Middle East. Converts are over-represented among al-Qaida activists, from Jose Padilla to Dhiren Barot, who was sentenced in England in 2006 for planning to bomb the New York Stock Exchange (and other sites).
How to connect the dots?

They are first of all globalized young people identifying with a virtual and imaginary Muslim ummah. Their life is often spent along a triangle: The family comes from one country, they move to a Western country (or were born there), where they become radicalized and go to fight in a third one.
In fact, Pakistan, Yemen and Afghanistan are not key places for radicalization. These terrorists go there after being radicalized in the West or in a Western environment. And radicalization does not occur in a concrete political praxis with real people but in a solitary experience of a virtual community: the ummah on the Web.

The Nigerian Abdulmutallab studied in an English international school in the French-speaking Togo; before going to the UK Dhiren Barot came from an Africa-based Hindu family and was educated in the UK, where he converted to Islam. English is the language of recruitment and communication. These radicals don’t have any permanent link with a specific country: As with their forerunners of the 1990s, they travel from one jihad to the other, use training camps where available and have never been involved in local politics in the countries of training or residence.
Their anger is not the expression of the wrath of a real community but of a virtual one.

The generational dimension is obvious: Most of the radicals have broken with their families or become estranged, as illustrated by the puzzlement of many parents, like Abdulmutallab’s father who informed the US embassy about his son. Their Islam is a reconstructed one, not one transmitted from the past. They never refer to traditions or to traditional Islam; they don’t mention fatwas from established clerics.
They act on an individual basis and outside the usual community bonds (family, mosques and Islamic associations). They usually remain aloof from any communal group.

They are lonely travelers not involved in social or political action or even religious predication. They find socialization in personal bonding with alter egos, either from a local closed group of buddies (the 9/11 pilots, the London bombers of 2005), from a training camp in a remote place of Pakistan or just through chatting on the Web.

After a usual “normal” life, they suddenly jumped into violence. They are psychologically losers, uprooted, de-territorialized individuals who can become imaginary heroes of a virtual ummah through their own death.

There is something puzzling in al-Qaida: While many terrorists are just dispensable, like Jose Padilla or Richard Reid, the “shoe bomber,” the “one-shot” strategy deprives the organization of probably bright people who could have been more efficient in the long run. The case of the Jordanian terrorist who blew up himself for a spectacular but short-term success in a CIA base in Afghanistan is typical. He would have been far more useful as a mole for the al-Qaida leadership in the long term. Here suicide terrorism is not a tactic; it is an end in itself, a part of the motivation.
What this says of al-Qaida is that they do not have a political strategy of establishing an Islamic state. Al-Qaida does not play a vanguard or a leading role in the conflicts of the Middle East but is fighting mainly at its periphery. It has a global enemy: the West, not the local regimes.

Instead of promoting a territorial caliphate in the Middle East, al-Qaida is committed to a global struggle against the world power—the US—in the continuation of the radical anti-imperialist struggles of the 1960s and 1970s by the likes of Che Guevara and the Baader-Meinhof gang.
Al-Qaida stresses radical but individual action and addresses a wider audience than just the Muslim community, hence the converts.

Ideology plays little role in the radicalization of the jihadist internationalist youth. They are attracted by a narrative, not an ideology: that of a global, indistinct suffering ummah. And that of the lonely avenger, the hero, who can redeem a life he is not happy with by achieving fame while escaping a world where he finds no room.

If the US and the rest of the West gear up once again for another round of fighting terrorists without understanding these realities, they will have as little effect as they have had during the last eight and a half years since 9/11. The threat comes not from some soil that can be invaded or occupied, but from within the globalized web in which we are all today entangled.

Oliviér Roy, a professor at the European University Institute, in Florence, Italy, is the author of Globalized Islam: The Search for a New Ummah and the forthcoming Holy Ignorance: When Religion and Culture Diverge.