Liberal multiculturalism masks an old barbarism with a human face

By Guest contributor(s)Wednesday 6 October 2010 No Comments 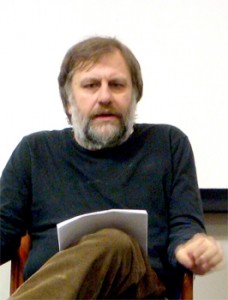 The recent expulsion of Roma, or Gypsies, from France drew protests from all around Europe – from the liberal media but also from top politicians, and not only from those on the left. But the expulsions went ahead, and they are just the tip of a much larger iceberg of European politics.

A month ago, a book by Thilo Sarrazin, a bank executive who was considered politically close to the Social Democrats, caused an uproar in Germany. Its thesis is that German nationhood is threatened because too many immigrants are allowed to maintain their cultural identity. Although the book, titled Germany Does Away with Itself, was overwhelmingly condemned, its tremendous impact suggests that it touched a nerve.

Incidents like these have to be seen against the background of a long-term rearrangement of the political space in western and eastern Europe. Until recently, most European countries were dominated by two main parties that addressed the majority of the electorate: a right-of-centre party (Christian Democrat, liberal-conservative, people’s) and a left-of-centre party (socialist, social-democratic), with smaller parties (ecologists, communists) addressing a narrower electorate.

Recent electoral results in the west as well as in the east signal the gradual emergence of a different polarity. There is now one predominant centrist party that stands for global capitalism, usually with a liberal cultural agenda (for example, tolerance towards abortion, gay rights, religious and ethnic minorities). Opposing this party is an increasingly strong anti-immigrant populist party which, on its fringes, is accompanied by overtly racist neofascist groups. The best example of this is Poland where, after the disappearance of the ex-communists, the main parties are the “anti-ideological” centrist liberal party of the prime minister Donald Tusk and the conservative Christian Law and Justice party of the Kaczynski brothers. Similar tendencies are discernible in the Netherlands, Norway, Sweden and Hungary. How did we get here?

After decades of hope held out by the welfare state, when financial cuts were sold as temporary, and sustained by a promise that things would soon return to normal, we are entering a new epoch in which crisis – or, rather, a kind of economic state of emergency, with its attendant need for all sorts of austerity measures (cutting benefits, diminishing health and education services, making jobs more temporary) is permanent. Crisis is becoming a way of life.

After the disintegration of the communist regimes in 1990, we entered a new era in which the predominant form of the exercise of state power became a depoliticised expert administration and the co-ordination of interests. The only way to introduce passion into this kind of politics, the only way to actively mobilise people, is through fear: the fear of immigrants, the fear of crime, the fear of godless sexual depravity, the fear of the excessive state (with its burden of high taxation and control), the fear of ecological catastrophe, as well as the fear of harassment (political correctness is the exemplary liberal form of the politics of fear).

Such a politics always relies on the manipulation of a paranoid multitude – the frightening rallying of frightened men and women. This is why the big event of the first decade of the new millennium was when anti-immigration politics went mainstream and finally cut the umbilical cord that had connected it to far right fringe parties. From France to Germany, from Austria to Holland, in the new spirit of pride in one’s cultural and historical identity, the main parties now find it acceptable to stress that immigrants are guests who have to accommodate themselves to the cultural values that define the host society – “it is our country, love it or leave it” is the message.

Progressive liberals are, of course, horrified by such populist racism. However, a closer look reveals how their multicultural tolerance and respect of differences share with those who oppose immigration the need to keep others at a proper distance. “The others are OK, I respect them,” the liberals say, “but they must not intrude too much on my own space. The moment they do, they harass me – I fully support affirmative action, but I am in no way ready to listen to loud rap music.” What is increasingly emerging as the central human right in late-capitalist societies is the right not to be harassed, which is the right to be kept at a safe distance from others. A terrorist whose deadly plans should be prevented belongs in Guantánamo, the empty zone exempted from the rule of law; a fundamentalist ideologist should be silenced because he spreads hatred. Such people are toxic subjects who disturb my peace.

On today’s market, we find a whole series of products deprived of their malignant property: coffee without caffeine, cream without fat, beer without alcohol. And the list goes on: what about virtual sex as sex without sex? The Colin Powell doctrine of warfare with no casualties (on our side, of course) as warfare without warfare? The contemporary redefinition of politics as the art of expert administration as politics without politics? This leads us to today’s tolerant liberal multiculturalism as an experience of the Other deprived of its Otherness – the decaffeinated Other.

The mechanism of such neutralisation was best formulated back in 1938 by Robert Brasillach, the French fascist intellectual, who saw himself as a “moderate” antisemite and invented the formula of reasonable antisemitism. “We grant ourselves permission to applaud Charlie Chaplin, a half Jew, at the movies; to admire Proust, a half Jew; to applaud Yehudi Menuhin, a Jew; … We don’t want to kill anyone, we don’t want to organise any pogrom. But we also think that the best way to hinder the always unpredictable actions of instinctual antisemitism is to organise a reasonable antisemitism.”

Is this same attitude not at work in the way our governments are dealing with the “immigrant threat”? After righteously rejecting direct populist racism as “unreasonable” and unacceptable for our democratic standards, they endorse “reasonably” racist protective measures or, as today’s Brasillachs, some of them even Social Democrats, tell us: “We grant ourselves permission to applaud African and east European sportsmen, Asian doctors, Indian software programmers. We don’t want to kill anyone, we don’t want to organise any pogrom. But we also think that the best way to hinder the always unpredictable violent anti-immigrant defensive measures is to organise a reasonable anti-immigrant protection.”

This vision of the detoxification of one’s neighbour suggests a clear passage from direct barbarism to barbarism with a human face. It reveals the regression from the Christian love of one’s neighbour back to the pagan privileging of our tribe versus the barbarian Other. Even if it is cloaked as a defence of Christian values, it is itself the greatest threat to Christian legacy.