Hit enter to search or ESC to close
DiversityWorld

By Guest contributor(s)Monday 18 October 2010 No Comments 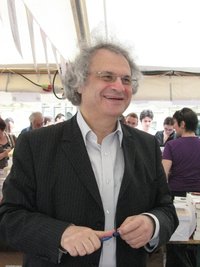 Ever since his book In the Name of Identity, the Lebanese-born French writer and journalist Amin Maalouf has been considered one of the most dedicated mediators between East and West. Kersten Knipp has read Maalouf’s latest offering, The dissolution of world orders: when our civilisations run out of steam

The focus of Amin Maalouf’s analysis in his essay “The Dissolution of World Orders” is huge. In an overview of the historical encounters between East and West, the Lebanese-born French intellectual uncovers a pattern of success and failure, pride and shame.

In doing so, one thing becomes clear: the distribution of roles has been the same for many, many years. For centuries, the West has been on the victorious side, while the Arab World has suffered defeat upon defeat.

Regardless of the event in question – whether it be a scientific revolution, a military triumph, or cultural achievements for which the world is grateful – the Arabs have to go back a long way to find major achievements of their own.

According to Maalouf, they have not achieved anything great in centuries and, worst of all, there is little or no indication that they will succeed in turning this situation around in the foreseeable future.

The attraction of power and success

In this way, the situation in the region is completely different to that in India and China, two countries that will be global powers in a few years, if they are not that already.

According to Maalouf, both countries have noted increased international interest in their culture in recent years. Around the world, people are studying Chinese and Indian languages and traditions. They are also studying the history of both countries and learning about their religions, which some people are even adopting to a certain degree.

The adaption of religions may be considered a fashionable phenomenon; nevertheless, this does not change the process behind it. Maalouf is of the opinion that India and China are so attractive to many people because they are both incredible success stories.

Twenty-five years ago, both states were considered permanent residents in the world’s poorhouse; now they count as two of the world’s big players.

Things look very different for the Arab world: either people make fun of its religion, Islam, or they are afraid of it; its language, Arabic, is not considered very attractive by most people; and Arab scriptures, traditions and literature are known to only a few people outside the region. 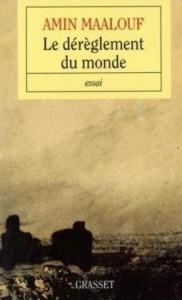 The decline of secular ideologies

Maalouf recapitulates at length the history that led to the fact that the region is culturally, socially and politically held in low esteem.

With the decline of the Arab-Islamic Empire began the rise of the Ottoman Empire; then the European colonial powers arrived in the region; then the state of Israel was founded and, in the years that followed, all of the wars waged against the Jewish state were lost, culminating in the defeat against Israel in the Six-Day War in 1967.

These humiliations, sums up Maalouf, were also the downfall of secular guiding principles: nationalism, pan-Arabism, communism and socialism all ended up taking a back seat to a rapidly spreading ideology, Islamism.

But do the Arabs belong to a particularly religious civilisation? No, says Maalouf, the motivation is an entirely different one, namely to hold on to the final symbol of what is their own, what cannot be shaken. It is not a religious feeling, but the search for a genuine identity and self-awareness that binds people to Islam.

But Maalouf cannot or will not provide an answer to the question “What is Islam?” He doesn’t have the answer and, he says, there is probably no one binding answer anyway.

The major religious scriptures say one thing and then another. One verse contains a certain statement; ten lines further on down the page is another verse saying the complete opposite. Maalouf concludes that coherence is not what makes religions convincing.

Maalouf was born in Lebanon in 1949 and has lived in France for several decades. He knows both regions, the Arab and the Western world. He is also sceptical about some customs in the West. It is just not acceptable, he writes, to believe naively in the inalterability of religions or their unalterable ability to influence. Religions and cultures, he says, are not rigid structures.

Nevertheless, the majority of migrants moving to countries in the West are still identified on the basis of their origins and are pigeonholed accordingly. People in the West are less and less able to get their heads around the concept of dynamic, changeable, developing identities. In exactly this respect, the West is following a global trend, one which tends to consider cultural differences to be cultural boundaries – virtually insurmountable boundaries at that.

This has much to do with the specific quality of Western states; they are nation states that have brought forward a rigid, one-dimensional notion of identity. Very few of the great traditions of the empires that encompassed a variety of cultures – the Alexandrian Empire, the Roman Empire, the Ottoman Empire, the Habsburg Empire – remain. For this reason, people find it very hard to imagine that a person could feel committed to several cultures.

Foreign languages as the key to cultural dialogue

Maalouf is sceptical that things will develop positively. Although both regions now know how urgent it has become to start seeing each other in a less dogmatic light and to base their perceptions not only on religious and cultural, but also on political and economic factors, it is not easy; patterns of perception are too deeply entrenched.

Maalouf himself feels at home in three languages: Arabic, English and French. And although religion does little for him, he is very enthusiastic about the opportunities offered by linguistic communication.

Everybody, he feels, should speak several languages: English and at least one other foreign language. After all, as far as he is concerned, languages are the key; they open the door to encounters with foreign cultures.

Of course, encounters such as this will not come without effort and conflicts. But what profound pleasures, he argues, are to be had for nothing? The world is growing closer together and, as a result, terribly dangerous. This is why it is time, writes Maalouf, for East and West to start looking at each other in a different way, to become more interested in each other.

This, he goes on to say, is not just of political importance. It could also culturally enrich both regions.