By Guest contributor(s)Thursday 19 April 2012 No Comments 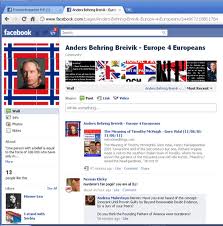 The bloodthirsty attacks perpetrated by Anders Behring Breivik in Norway on July 22 last year (leaving 77 dead) provided a brutal awakening for all those in Europe who had been passively observing the rise of the Islamophobic far right. As the trial opens, around thirty political parties that openly call for a “pure European identity” are effectively in the process of consolidating their parliamentary positions (occasionally even signing agreements with mainstream right wing parties, as is the case in the Netherlands), and are claiming an ever greater media presence.

These parties, following the example of the Nordic Forum, are adept at using new technology and social networks, which gives them an even greater platform to spread their messages of hate and bolster their national and international alliances.

Those responsible for this noxious propaganda always hide behind the principle of freedom of expression, and, when they are criticised for the speeches they deliver encouraging the Breiviks of the future, they assert that the carnage perpetrated by this “lone wolf” has nothing to do with the climate that they have helped to create. Indeed, they present themselves as victims that are being suppressed. They make out that Europe will ultimately lose its “Christian identity”. These demagogues are active both inside and outside the electoral system: just as they have an elected presence in the parliaments, on the other hand they endlessly criticise democracies, accusing them of being far too liberal on the issue of immigration.

The European far right is seduced by the fantasy of a “pure” Europe as opposed to a real Europe, which is in fact successfully diversified. Like Anders Behring Breivik, thousands of individuals that haunt websites and blogs (Gates of Vienna, Brussels Journal), organisations such as the English Defence League, Platform per Catalunya, or Militia Christi, as well as religious leaders are all actively preparing fertile ground for the growth of extremism.

A study at the University of Nottingham undertaken for Chatham House by Matthew Goodwin  demonstrates that extremist parties are primarily characterised by their visceral opposition to immigration (particularly Muslim immigration), to ethnic diversity, and finally to multiculturalism, alongside social behaviours that they consider to be a great danger to Europe.

Further, they think that mainstream political parties are far too “soft” in their responses to the issues surrounding immigration. Another study, by Elisabeth Ivarsflaten  , shows that populist parties have always had their greatest electoral successes after integrating a strong anti-immigration strand into their speeches and manifestos.

These “new” populists carefully avoid the usual racist and anti-Semitic discourse, and prefer to position their stance more subtly, around questions of culture and identity. Paradoxically, they claim two conflicting identities: Christian through their recognition of a mythological European past, and secular in their fight against Islam.

They fight “Marxist” politicians, or those that are too liberal. It’s with this in mind that Anders Behring Breivik attacked the government buildings in Oslo and subsequently the summer camp of young labour party activists on Utøya island. They are generally pro-American, have close working relationships with the far right in the United States, and consider Israel to be a defensive western bulwark against Islam. During times of crisis they also use the argument of the welfare state to justify themselves: they contend that immigrants are stealing jobs and scamming the welfare state, in particular social security, as they have many more children than the European average, and so on.

In his manifesto – a vast copy and paste job of the greatest hits of extremist ideas – Anders Behring Breivik opposed the welfare state and a pluralistic hegemonic identity. “European societies” he wrote “must be able to rely on a solid social cohesion, which can only really exist in a monocultural system where everyone has complete confidence in one another.”

Goodwin’s study reveals that the majority of those who vote for populist parties come from a modest background or the middle classes. They are also often small business owners or farmers afraid of drastic economic and social change. “Market globalisation and economic deregulation have hurled the planet into an era of uncertainty which is inevitably provoking fear” reminds Javier de Lucas  , professor at the University of Valencia. To this, the extreme right counters with a riposte made up of simplistic formulas, and lays responsibility for the all the economic and social woes on “the politicians”, “leftists” and immigrants.

As the philosopher Slavoj Zizek concludes  : “The only way to introduce passion into this kind of politics, the only way to actively mobilise people, is through fear: the fear of immigrants, the fear of crime…”
Timid counter-offensives

Moderate politicians remain relatively impotent in the face of attacks from the far right, and when they attempt a riposte, they do so in a contradictory fashion: centre-left parties – to avoid losing a public that is sensitive to these issues – willingly revisit the pet subjects of the far right, in particular immigration. In fact, Europe is imposing ever more restrictive policies to limit the right to asylum and inward migratory flow, while at the same time political parties are lauding “greater tolerance” towards foreigners. The reality is that xenophobic sentiments are on the rise, and immigrant Muslim populations and their culture are being increasingly rejected.

If Europe wants to sustain growth, then it will need to open the door wide to immigration. However, this argument does not succeed in halting the advance of Islamophobia. “There is something that worries me far more than the growth of the far right at the 2010 ballot, explains Thomas Hammarberg  , Commissioner for Human Rights at the European Council:

“and that is the profound inertia and above all confusion that seems to reign amongst moderate democratic parties of both the left and right. One even has the impression that these parties have come to accept the narrative of hatred and that this unencumbered xenophobia has been integrated into the political discourse as though it were something quite ordinary: their leaders have totally failed to check this rise in Islamophobia.”

Leading media outlets have opened the debate, keeping centrally in their sights the fact that a major segment of their audience is sliding steadily, at least electorally speaking, towards the populist right. Meanwhile new ultra-nationalist media outlets are appearing on the media landscape, just as they have in the United States  , along with thousands of websites and books, which for the most part, have been able to find a place in the unfolding discussions as though they were serious political institutions.

It is thus that the British essayist Bat Yeor  , using her real name Gisele Littman-Orebi, invented the famous Euro-Arabian axis (or Eurabia), abundantly referenced by Breivik in his manifesto, and in which Europe will sooner or later be conquered by Muslims. The author explains that Jews and Christians will be subjected to Islamic law.

“Today, freedom of speech is complete and the essence of what is published is neither edited nor censored,” comments Sindre Bangstad, a teacher at the University of Oslo.

“Islamophobic discourse can spread much more easily than before. In this context, outlandish opinions like those held by Breivik are barely discernible from those found on some social networks, and sometimes even in the mainstream media in Norway…”

Nevertheless, dangerous agitators are by no means all paranoid and bloodthirsty madmen. The highly respectable German social-democrat economist Thilo Sarrazin published a book in 2012 in which he very seriously explained that his country will become more and more impoverished and lose its identity as well as its potential, because Turkish and Arab immigrants possess a lower IQ. He maintains that his ideas are supported by a third of Germans who believe that the state should limit immigration and the practice of Islam. In October 2012 Angela Merkel declared, “Multiculturalism has failed”. David Cameron, the British Prime Minister, said exactly the same thing a few days later. In September 2011, the German National Democratic Party (NDP) gained 6% of the vote in the Mecklenburg-West Pomeranian parliament, an unprecedented result in that country.

On the question of immigration, centre-left parties have two options: ‘integration’ or ‘assimilation’. The concept of assimilation has suffused political discourse since the 1980s: it suggests that immigrants must adapt to ‘our’ society and renounce all or part of their religion, culture or traditions. ‘Integration’, for its part, allows ‘new citizens’ to keep their idiosyncrasies, as have all prior immigrant groups for that matter. In its modern sense, integration expects  a mutual attempt to adapt and notably, the acceptance of the welcoming country of the religion of those that it is seeking to welcome.

In a general sense, both strategies have failed. Immigrant communities have more of a tendency to isolate themselves to avoid being assimilated. They often feel discriminated against, and the societies that are hosting them don’t feel the need to change anything at all to accommodate them since they consider the immigrants to be an undifferentiated and fragmented external group. In Germany, after forty years of communal living, Turkish and German populations still only know very little about each other. It’s a paradox.

Goodwin’s study has also dug up worrying results regarding the political response to the extreme right in general. Since political parties became ‘electoral machines’, populist parties have been fully exploiting their ability to directly address the electorate and respond to their concerns about immigration, which the other parties do not do.

Are we ready to abandon our community-based approaches in order to adopt a multi-strand citizenry founded on fundamental shared norms and values?

“European society in its plurality is collectively responsible,” explains Javier De Lucas . “We need to teach our societies to accept an evolution towards a multicultural world and to negotiate this change successfully. Unfortunately however, society is not moving. It is not very motivated, and very restrictive migratory politics are sending contrary signals: without negotiation, a desire to change, to evolve, the unilateral integration project of immigrant populations is doomed to fail.”

This article was originally published ↑ in French in Le Monde Diplomatique on March 10, 2012.