Arab Cinema and the vicious circle of violence.

By Hassouna MansouriThursday 5 July 2012 No Comments 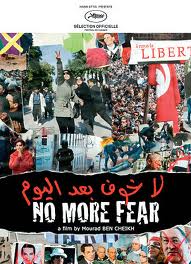 In times of big change, societies produce two kinds of cinema: one of witnessing and the other of analysing. These are two different moments and two ways of dealing with events. From that point of view the selection of Arab films in the 65th Cannes film festival is particularly significant. In the 64th edition, held only a few months after the uprising in Egypt and Tunisia, the festival screened two films: No more fear, a documentary by Tunisian filmmaker Mourad Ben Cheikh, and 18 days made by a group of ten Egyptian filmmakers who took part in the already historical Tahrir Square demonstrations of January and February 2011.

Both films were trying to paint a picture of what was going on. Filmmakers, in different styles and manners, wanted to capture the energy of the moment. That is why what they do is more like recording the events, than really thinking about them. In the 2012 edition of the same festival there were other films from the region in different categories. Baad El Mawkeaa (After the Battle) by Yousry Nasrallah (Egypt) in the main competition, The Horses of God by Nabil Ayouch (Morocco) in Un Certain Regard, and El Taaieb (The Repentant) by Merzak Allouache (Algeria) in the Director’s fortnight. With these last films there is another degree of detachment from the events and hence another depth in their depiction.

”The origin of the devil is the same in all three films: the poor Moroccan slum of Sidi Moumen, the miserable neighborhood of the Egyptian pyramids, and the forgotten villages in the Algerian mountains. The more marginalized and the more humiliated the young people are, the more violent and the more vulnerable they will grow up to be.”

The first reaction to events is to record them. You see them as a whole. Later you see more details because you start to analyse and you turn these details into a fictional story in which you suggest an interpretation of things. The starting point of the three filmmakers is a special moment in the history of their societies. Yousry Nasrallah goes back to February 2nd, 2011 when a group of horsemen and camel riders charged against the demonstrators in the Tahrir Square. Nabil Ayouch also recollects a date; May, 16th, 2003. That day many terrorist explosions took place in Casablanca. As for Allouache, he tells a story in the context of what is called the law of National Reconciliation, which supposed to persuade Algerian jihadists to lay down arms as a condition for their amnesty. The three filmmakers are proceeding to a certain form of fictionalization of history.

The images of February 2nd in Cairo were shown on all TV channels as a terrible escalation of violence in the Egyptian capital at that moment. Among the shocking images the world saw, where those of a group of Bedouins using their horses and camels to attack unarmed protesters gathering in the streets and calling for political changes. When the crowd of demonstrators captured one of the horsemen and beat him up, people even felt some satisfaction because they took it to be the merciless punishment of the corrupted militiaman.

Nasrallah uses these same images to tell the same story but in another way. He gives the man a name. He also gives him a wife and kids. He rehabilitates him as a human and as an Egyptian citizen. Worse still, on many levels he presents Mahmoud as a victim. As a poor man he never got a chance in life. Living in a slum like millions of marginalized Egyptians he was ignored by the state and enslaved by the local criminal network. He went to the Tahrir Square because he was told that his work as a horseman was in danger and that the demonstrations would put an end to tourism. When he was caught by the protesters and his image was shown on TV, he fell into a tragic impasse. His colleagues now regarded him as a bearer of bad luck. On the other side NGO’s volunteers recognized him and refused to give him food for his horse. His kids were teased at school and became traumatized.

Ayouch, the Moroccan filmmaker, also gives names and faces to terrorists; those seen by the people as evil, the bad young men who have no mercy for the innocent. 12 people were killed in the explosions in Casablanca, some 40 others were wounded and many restaurants and hotels were destroyed. This is what TV viewers saw on the news. The filmmaker goes back to the source. Where are these people from? What was going on in their minds when they did what they did? The first answer seems to be coming from a social point of view: all the young people involved in these attacks came from one place: a slum in the Casablanca neighborhood called Sidi Moumen. Ayouch shows the social and psychological making of an car bomb. Ever since childhood the two brothers Yachine and Hamid are left behind by society. They grow up on the streets of the slums, in makeshift houses and without any education. As they grow up it is so easy to revert to criminality and even easier to fall into the arms of terrorist groups and their religious brainwashing. When the two brothers blow themselves up, they don’t even do it out of conviction, but simply because they have no hope in life.

The Algerian film is more about an atmosphere than a particular event. The law of “pardon and national harmony” was meant to bring an end to the violence. In actual fact, it created another kind of  violence, much more complicated and much more absurd. Rashid is one of those who accepted to give up the fight. In this process he has to face many kinds of danger. The first is the revenge of those who lost family members in the fight between the regime and the islamists. That’s why he has to leave his poor village in the mountains. In the city, he falls in the hands of the police who let him go, in order to use him as a spy.

The final revenge is that of his comrades who won’t forgive him for his treason. Caught in this trap, there is only one hope left: to leave the country. In order to do this he needs to use the drama suffered by a pharmacist whose daughter was kidnapped and killed by the terrorists. The daughter was killed as a means of punishment because he refused to provide the terrorist with medicines. The two men strike a deal: Rashid needs money and the father needs to find his daughter’s grave. Once they find it, they are both killed by the terrorists.

Certainly, these three films don’t give any feeling of hope. They depict the vicious circle in which their societies’ youths are trapped. We look at them as if they were monsters. But to what extent do they bear responsibility for the merciless process which has made them like this? The answer the three films give to this question is one and the same: poverty. The origin of the devil is the same in all three films: the poor Moroccan slum of Sidi Moumen, the miserable neighborhood of the Egyptian pyramids, and the forgotten villages in the Algerian mountains. The more marginalized and the more humiliated the young people are, the more violent and the more vulnerable they will grow up to be.

The most tragic thing in this whole process is that violence remains among the weakest people in society. They don’t only endure it because of the oppression and the spread of terrorism; they are also forced to be violent with each other. In The Horses of God, the love the two brothers have at the beginning of the film turns into a fatal challenge at the end of it. They die together whilst fighting each other for survival. The horsemen in Baad El Mawkeaa charge against the protesters, not against the oppressor. From their point of view, the need for survival is more urgent than the need for democracy. The two men in El-Taaieb wanted to break out of the circle of violence, but they are forced to be confronted with each other. At the end of the film they die together. Three films then, but only one common statement: there is no hope.