How do Iranians perceive sanctions on their country? By Ali Amirmoayed

By Guest contributor(s)Friday 18 January 2013 No Comments

As the West has tightened its sanctions on Iran and as Western leaders have rather proudly spoken of the effect of their policy, I thought it necessary to bring the forgotten group who suffer the most from the sanctions into mainstream discourse. This article indicates the impact of sanctions on the lives of millions of ordinary Iranians, whose situations are far removed from the political concerns of the sanctioning states. In so doing, I will first mention the growing idea of the West as Iran’s national enemy. The construction of this notion is attributed to the impact of sanctions on the daily lives of Iranians, who find these penalties demeaning and unjust. I will take this forward by explaining the side effects of this policy, which have political implications for the West’s dealings with the people of Iran in the long term.

Because of the nature of my sociological research, I have had the privilege of talking to a diverse range of Persians in and outside of Iran. While applying the principles of qualitative sociology, I do not claim that what I am presenting in this article is empirically representative of the viewpoints of Iranians on Western sanctions. They are, however, meaningful notions that can help explain wider social changes and political developments. Employing such an approach, it came as a surprise to me to see that even many among the Persian diaspora are opposed to the Western sanctioning policy. Ironically, the idea of the West as being hostile towards Iranians is developing rapidly among them, even among those who are determined to go to any extent—even give their lives—to overthrow the current Iranian government. As far as I can determine, their standpoint is the following:

They strongly believe that those who have suffered most from the economic restrictions and who have paid the real and very heavy price of sanctions are the people of Iran, not the state. Since both the British and American governments imposed sanctions on the Iranian Central Bank about a year ago, the Iranian currency, the rial, has lost more than 80% of its value against foreign currencies. Its collapse has been intensified by a series of embargoes on the Iranian oil industry. The SWIFT ban essentially cuts Iranian finances off from the outside world. Consequently, small private businesses have fallen into bankruptcy, leaving many people unemployed.

The Iranian elites, who, like those of other nations, deserve the opportunity to employ their talents, have been troubled and prevented from contributing to global development and international markets. Perhaps most distressing, Iranian researchers and students have lost their financial support, and therefore, some of them have been forced to abandon their studies[1]. With a depressed economy, living standards have fallen. What is worse, the wellbeing of the population has been undermined. For example, there have been reports of a lack of medicine[2]-[3], not to mention the ban on popular luxury or leisure products, such as Apple’s iPad[4] or online games such as World of Warcraft[5].

Second, many Persians find these sanctions demeaning, since they believe that they are the heirs of one of the greatest ancient civilizations; thus, they strongly feel that they deserve a decent life. Take the US sanction on Iran’s civil aviation industry as an example. Since the imposition of American sanctions, Iran has not been able to overhaul and renew its civil aviation fleet, which has endangered the safety of its airliners. However, the irony is that the country’s aging planes cannot even refuel in airports that deal with American companies. For example, London’s Heathrow refuses the sale of fuel to Iranian airliners. Therefore, Iran Air flights to London, for example, must land elsewhere on their return journeys just to refuel. Such restrictions are perceived as humiliating by many Persians, who feel that they undermine the dignity of their nation.

Furthermore, at least to a Persian Muslim mind, there are several ethical issues involved in imposing such sanctions. For instance, it is ethically wrong to enforce sanctions that one knows will hurt innocent people or even one person. The current economic sanctions have brought suffering to millions of Iranians. They have turned many lives, broken many private businesses, prevented elites and highly talented people from pursuing their careers, and worsened people’s health and wellbeing. In addition, they believe that in a fair justice system, it is not possible to punish randomly based on assumptions. The consistent application of the law, sufficient evidence, and a fair trial are always required. Punishment, therefore, is justifiable only if it is arrived at through legal procedures. Iranians therefore wonder if these punitive sanctions are merely imposed because of the West’s ‘suspicions’ of the Iranian nuclear programme.

The aforementioned standpoints are meaningful factors in wider international relations and relevant to the West’s dealings with the people of Iran, especially with the Persian intellectual communities, both within Iran and abroad. They all contribute to the construction of the notion that the West is anti-Iranian or Iran’s enemy. This notion has played a significant role in guiding Iranians’ foreign relations, to the extent that when Western leaders suggest that they are friends with the people of Iran, few Iranians take them seriously, and when such leaders claim that they are with the people of Iran, few Iranians believe them. In line with this, it can be expected that they will not be on the side of the West in the near future. They, like other national groups, have a fairly strong collective memory and will recall for a long time all that is now happening to them and to their country.

Recent history proves this point. Not only the Persian intellectual communities, which range from Islamists to communists, but also the common people still recall the 1953 coup and blame the US and UK for their role in overthrowing a democratically elected government, an action that resulted in more than fifteen years of the Shah’s dictatorship. Thus, it is likely that for the foreseeable future, the West will be blamed by many Iranians for its part in damaging their economy and for making them poorer and more vulnerable. Because of the deep-seated historical mistrust between Iran and the West, if political actions by the West that adversely affect the lives of innocent Iranians continue, then it can be assumed that the Iranians’ confrontation with the West will also continue in one form or another for a long time to come.

[2] UN Secretary-General Ban Ki-moon asserted in his report to the UN General Assembly that the sanctions resulted in a shortage of medicine in Iran [3] www.bbc.co.uk/news/world-middle-east [4] Apple forbids the export of its products to Iran because of the US sanctions. The company made the headlines when an Apple store in Atlanta in the US refused to sell an iPad to an Iranian-American woman. Read the BBC report here [5] Blizzard, a leading developer and publisher of entertainment software, has blocked access to its online game, World of Warcraft, from Iran because of the US sanctions;


Ali Amirmoayed is Doctoral Researcher in the School of Government and Society at the University of Birmingham, UK 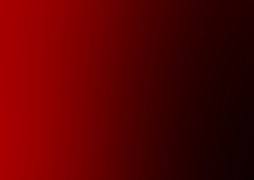