The threat to Egypt’s mighty state, by Khaled Fahmy 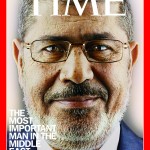 It is often said that Egypt saw the first centralised state in world history. That may be very well true. However, the modern Egyptian state cannot be said to be more than 200 years old. It has nothing to do with the Pharaohs or the Ptolemy.

Two pivotal events contributed to the foundation of this modern state, and can be used t o chronicle its birth. The first was the massacre in 1811 of the Mamluks, the aristocracy that had controlled the country for centuries. In their place, Egypt’s new ruler, Mohamed Ali, managed to establish himself and his own family as the only centre of power in the entire country.

” Even in exceptional times, legitimate violence as embodied by the state — its army and police — is based on popular consent, which means oversight and asking questions. Without this, the state itself is at risk “

The second event was the formation of a modern disciplined army based on conscription. After he failed to capture enough Sudanese with whom to found a loyal army, Mohamed Ali took a fateful decision that would change the face of Egyptian society forever. In February 1822, he issued orders to the governors of Upper Egypt to gather four thousand peasants and to train them and to deliver them to newly created training camps where they would be subjected to military discipline. Only a few months later, conscription was implemented in the Delta.

No sooner had conscription orders been sent to the provinces than the entire country rose in a large rebellion. Men were being rounded up to the training camps like sheep being led to the slaughter; conscription was not limited by a fixed time period, and men were effectively conscripted for life. Meanwhile, the prospects of being promoted to officer ranks or even NCOs were nil, for the Pasha had already decided to appoint officers from among the young men whom he had captured from the houses of the Mamluk princes who were massacred in 1811. Furthermore, conscription came to top a series of repressive policies that the Pasha was implementing with unprecedented brutality, starting with excessive taxes and including forced labour and monopolies.

And so Egyptians revolted against the conscription policy. Their resistance was strongest in the south, and in 1824 a massive revolution spread from Esna to Aswan, a revolution in which 30,000 peasants participated. Soon the insurgency spread to the newly formed army units, and 700 of the new conscripts joined the revolution. For a while it seemed that the new state that Mohamed Ali had started to establish was on the brink of collapse. Mohamed Ali then took the most crucial decision of his life: he ordered the first brigade to attack the base of the revolutionaries. For three months, bloody clashes between civilians and the new army ravaged Upper Egypt, ending with a decisive victory for the army, but not before it managed to kill 3,000 men and women.

I remembered this incident today after I had finished reading the Human Rights Watch report on dispersing the Rabaa El-Adawiya sit-in, which was described as the “worst mass unlawful killings in the country’s modern history.” I make this comparison here not to point out that the first combat operation undertaken by the modern Egyptian army was against Egyptian civilians, nor to compare the size of fatalities between the 1824 killings and the 2013 episode, but to raise a question about the effectiveness and the price of resorting to violence to achieve stability.

As to the effectiveness, there is no doubt that violence pays off. With regards to 1824, if Mohamed Ali had not taken the decision to fight the revolutionaries and if he had not been prepared to pay the price, counted in human souls, Egypt would not have had an army or the modern state we boast of today. I also want to add that whoever believes that violence cannot kill an idea is naive. For the Indonesian army, and its Chilean counterpart, succeeded in killing communism in their respective countries, and Abdel Nasser succeeded through nationalisation, expropriation, arrests, political isolation and confiscation of personal freedoms, in eliminating liberalism.

There is a strong possibility, therefore, that the army will succeed in subduing the Muslim Brotherhood not only as an organisation, but also as an idea.

But this is not the question. The question is the price that Egyptians will have to pay for this goal to be achieved, and I do not merely mean the price calculated in lives lost, but also the social and moral price tag. Let us return to the Pasha’s army: after he had triumphed in massacring the Mamluks, an act which afforded him the officers of his long-awaited army, and after his gamble of subduing the huge peasant rebellion that erupted against conscription using the army had paid off, Mohamed Ali succeeded in creating a military machine the likes of which Egypt had not seen before. With this machine, Ali spread his influence not only over the entire country, but also over the Sudan, Hijaz, Crete, Greece, the Levant and parts of Anatolia, managing in the process to build a mini empire for himself and his family.

Our national narrative maintains that the European nations conspired to rob Egypt of this spectacular success and to undermine Mohammed Ali’s project for national renaissance. Yet, after I had spent years studying the history of this army by consulting its original documents, particularly dispatches by Mohamed Ali himself, I concluded that the reason that this so-called project of national revival was defeated was that it was nothing of the sort, for the aim from the start was nothing other than the personal aggrandisement of the Pasha and his ilk. Furthermore, the project was not aborted, but succeeded beyond all expectations, but not before the Pasha had managed to subdue and humiliate Egyptians as they had never been subdued and humiliated in their long history. This is what prompted Sheikh Mohamed Abdo to comment in 1902, that “Mohamed Ali was a fine merchant, farmer and soldier, and a skillful tyrant, yet he was an oppressor of Egypt and a killer of her real life and spirit.”

In Mohamed Ali’s day, there were no media or human right activists or public opinion to stand up to him and raise this pivotal question: What is the price of establishing a modern state and what good is it if the cost is the lives of its own citizens? And as for now, we supposedly have media, activists and public opinion to ask the same question about the crisis we are currently witnessing: What is the price of the army’s confrontation with the Muslim Brotherhood? And what is its purpose?

There are those who view in the army and police’s confrontation with the Brotherhood an existential battle that should not be obstructed by raising such questions. “We are facing a group that has undermined the prestige of the state,” they say, “and that has terrorised, tortured and killed citizens, and therefore there should be no restraint or complacency.”

Let us assume for argument’s sake that this is correct. Still, I cannot stop myself from wondering about the cost. In case that it proves true that the Brotherhood had been stockpiling weapons in Rabaa and its followers were the ones who attacked police stations and torched churches, then we will be confronted with a situation in which two institutions are confronting each other: the first a clandestine organisation that has been using arms in an illegitimate manner. On the other hand, there is an institution that we, as a society, have given the mandate to be the exclusive bearer of arms, in order to protect us.

My question regards our responsibility as a society to oversee this legitimate institution while it performs its cardinal duty. Was the dispersion of the Rabaa sit-in done in a legal manner? Was excessive force used? Who is responsible for murdering prisoners while transporting them in a police truck? These are not academic or trivial questions. They are substantial and necessary questions that we don’t have the luxury not to ask. Why? Because not posing these questions and turning a blind eye to the violations of the army and police in light of the exceptional nature of the moment effectively denies both institutions the legitimacy they claim they have to use arms. For the legitimacy of the army and police’s weapons is tied to the consent of the people, and the ability of the people to oversee these two institutions.

Without this oversight, and without asking these questions in this sensitive time in particular, we will have given the green light to the army and police not only to exterminate the Muslim Brotherhood, but also to destroy society and bring down the mighty Egyptian state.