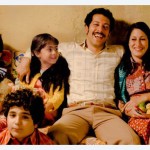 In their films, German directors of Turkish descent no longer emphasise the feeling of being alienated and foreign, as was the case in the 1970s, 80s and 90s. There is now a trend towards a lighter and more optimistic approach when dealing with serious subjects. Margret Köhler reports

The multicultural society is reality. Even if way back on 30th October 1962, when the labour recruitment agreement was signed between Germany and Turkey, it was assumed that most of the foreign workers would return to their home countries after two or three years; back then there was no talk at all of integration. Many of the “guest workers” however stayed, their children were born in Germany and grew up there.

Germany is a country of immigration. This is one of the many reasons why multiculturalism has become part of German cinema, mostly advocated by directors of Turkish descent like Fatih Akin, Yilmaz Arslan and Sinan Akkus. In the meantime the subject is also being increasingly addressed by German filmmakers and their colleagues with non-Turkish “immigrant backgrounds”.

The emphasis is no longer on the feeling of being alienated and foreign, as was the case in the 1970s, 80s and 90s, but more on the “culture clash”, the conflict of young adults who are caught between the traditions and rules of the old country and the tolerance and freedom of the new country.

​​The focus is more and more on girls and young women whose striving for self-determination collides head-on with the moral values of above all the male members of their families. The following is a selection of some of the best examples to be found on film. One film that really stands out is Die Fremde (When We Leave) by Feo Aladag.

It is about a young Turkish woman (Sibel Kekilli, who, among other prizes, won a LOLA, the German film prize, for Best Actress) who wants to live a life of her own. She runs away from her violent husband in Istanbul to her parents who live in Berlin.

They however show no understanding for her situation. She goes for help to the women’s shelter with her son, finds a job and starts an affair with a German. This in turn “besmirches” the honour of the family and this can only be restored by the death of the “dishonourable” person.

The tragedy has a universality that goes way beyond this story of German-Turkish immigrants; it tries to break down the walls of intolerance to be found in a microcosm of deeply ingrained structures and prejudices. The film’s authenticity is enhanced by the use of the Turkish and German languages.

Su Turhan, another director of Turkish descent, picks up the same delicate topic in his film Ayla. His Turkish protagonist refuses to have her independence taken away from her, not by her strict father nor by her sister who is addicted to harmony. During the day she works as a nursery school teacher, at night she is a cloakroom attendant in a nightclub, wearing a sexy outfit and a wig.

​​When one of her fellow countrywomen comes to her looking for a place to hide, there are complications with the woman’s brothers. The director, in his first film, succeeds in achieving the balance between a love story and a glimpse of parallel immigrant society and endowing this difficult subject with a certain tension.

Burhan Qurbani is of Afghan origin and he grew up trapped between two cultures. In his film Shahada he tries to deal with the contradictions generated by both the Islamic and German cultures.

The focus is on the crises and conflicts plaguing the lives of three guilt-ridden Muslims: a policeman of Turkish decent whose ricocheting bullet accidentally kills an unborn child, a fun-loving daughter of an Imam who, after having an abortion, turns to fundamentalism, and a Nigerian who is battling with his homosexual tendencies.

The film Der Albaner (The Albanian) delves into the lesser known world of illegal immigrants. In very naturalist style Johannes Naber recounts the moving fate of an honest man from the mountains of Albania, who tries to earn money to pay for his wedding and who flouts any moral considerations and in the end has to pay a high price.

​​This look at the harsh reality of having to give up any hope of a better life reveals a glimpse of the almost unknown reality of what it is like to be “invisible” in Germany – the army of poor and unemployed people for whom there are no laws or rights and who often can only survive by operating outside the law. The European dream of affluence for everybody – for them a dream that did not come true.

In her film Anduni – Fremde Heimat (Foreign Home) Samira Radsi asks the questions – what is home, the place of your language, a place of self-realisation or of family? Is it a person? By posing such questions she manages to touch on the subjects of integration and self-discovery in a most exemplary way. Her vehicle for this is a female Armenian student who is on a quest to find her identity.

This multi-culti tragicomedy about the yearning for one’s home country draws attention to the emotional disorientation of a woman who has become lost in her own existence; a woman who does not realise where she belongs until much later – not geographically, but at the side of the person she loves.

There is now a trend towards leaving this fringe “cinema of consternation” and moving towards a lighter approach when dealing with serious subjects – the type of film that not only addresses larger audiences, but also sensitises them to the subject. The films are more confident and have more humour, as in Fatih Akin’s Soul Kitchen, for example.

​​His film is a heart-warming comedy set in a multi-culti, working-class district of Hamburg, where a long-haired German of Greek origin takes care of an ethnically pick-and-mix society – failed existences, fighters for survival in everyday life, romantics who still pine for their utopias.
With its courage, strength and optimism Almanya – Willkommen in Deutschland (Almanya – Welcome To Germany) turned out to be the surprise hit of the year 2011. It is an amusing tale of family life that crosses both cultures and generations, that relishes in playing with clichés and that holds up a mirror to both Turks and Germans. In eight months it drew a good 1.4 million people into the cinemas.This film, too, deals with identity – an identity that the children of a Turkish “Pater Familias” do not really have much time for due to the fact that they are successfully integrated. Everything is fine until the father gently “forces” them to take a trip to Anatolia.Yasemin Samdereli’s refreshingly politically incorrect comedy, the screenplay of which she wrote with her younger sister Nasrin is far removed from the drastic quality of Fatih Akin’s dramas Gegen die Wand (Head On) and Kurz und schmerzlos (Short Sharp Shock) or Feo Aladag’s Die Fremde. Both of them grew up in Dortmund and they manage to show how immigrants live both subjectively and without any lachrymosity. In their words – We are here and that is how it should be! A veritable sign of hope for the future.

Margret Köhler is a film journalist in Munich.