The Istanbul Biennial, A Missed Opportunity for Art 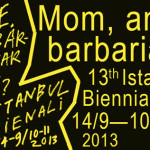 As the art biennial opens, the smell of violence once again lies in the air in Istanbul. Can a major exhibition respond to the language of the street and fulfil its promise of a free and modern society? By Catrin Lorch

The afternoon was filled with tweets. A 22-year-old named Ahmet Atakan had been killed during protests in south-eastern Turkey. People immediately gathered again on Taksim Square, for the first time since the police brutally put an end to the protests in mid-June. At dusk, tear gas wafted through the streets of Istanbul. An art curator cancelled his own opening to be there on the scene. Fulya Erdemci, the artistic director of the Istanbul Biennial, who was supposed to present her exhibition to the international press for the first time on Wednesday morning, regretted not having been there.

During the first tour of the exhibition, she noted that “the smell of violence” once again pervaded the air in Istanbul at this, the thirteenth edition of the art biennial. Ever since its inception nearly a quarter of a century ago, the show has always been a highly political event, and it was more eagerly anticipated this time around than hardly any other major exhibition in the last few years.

If freedom of expression in a democratic society is the big wave, then freedom of art is the foamy crown on top. Born from the tear gas of the summer, there the Istanbul Biennial stood in the midst of things, and not only because the curators, suffering from “agoraphobia” – understood here as fear of the street by the powers that be – had in winter announced a theme that seemed prophetic, given the events of the summer.

The central question, framed long before the riots, would be: Who does the city belong to? Istanbul would be used as an example to examine the issue of gentrification, or how a city gambles away its cultural and architectural heritage while in a state of neo-liberal delusion.

Fulya Erdemci had also promised to open up the biennial to the streets again, after the last edition had been more of a hermetic high-art show. Even Gezi Park and Taksim Square were to be included. Starting at the Atatürk Cultural Center, the Amsterdam artist group Rietveld Landscape wanted to cast a softly glowing band of light across the city’s main traffic hub, where ground is being cleared for a grand building project, whether shopping mall, mega mosque or baroque opera house. Rarely has there been a better moment for critical contemporary art.

Amongst the 88 artists and artists groups at the Biennial, there are about half a dozen that are strong enough to respond to the visual idiom of the street. During the days of the demonstrations they created unique images such as the “Standing Man”, or the long public tables where the ritual of breaking the fast took on the novel form of a large-scale encounter, along with many small interventions in the cityscape, such as steps painted in rainbow hues.

The video “Wonderland” by Halil Altindere is one such work. It begins with the squeal of a siren and a fast-paced chase scene in a police car through the narrow streets of Sulukule, a quarter where Roma have lived for more than 500 years. “They are coming to knock down our neighbourhood”, rap the boys of Tahribad-i Isyan. The video shows them beating up a police officer and setting him on fire, the images corresponding exactly to what the young people had in mind.

A work like this is a godsend for a major exhibition that for the first time is charging no entrance fee and opening itself up to the public arena. But the video is being shown in a cramped video box in the main exhibition venue Antrepo no. 3, an old harbour building. Of all those participating in the biennial, the notorious Roma boys were the only ones to really take a risk – after all, state power is burned symbolically here – but they were denied a prominent placement for their work.

The performance “Material Inconstancy”, for which Hector Zamora had construction workers planted in the ruinous modernist architecture of the Sine Academy toss stones to each other dangerously fast to the rhythm of the music, like circus artists – the stones constantly missing their mark and shattering loudly on the ground – is also consigned after the opening days to a corner of the exhibition space, duly tamed for the art discourse.

And even if the art does manage to effortlessly echo the protest movement, for example with Gordon Matta-Clark’s massive interventions in New York architecture or Jiri Kovanda’s silent performances in 1970s Czechoslovakia – who in today’s Istanbul would understand the message? These radical, moving testaments to art history look unexpectedly smart-alecky here.

And so the exhibition meanders between sentimental references to the utopias of the 1960s and 70s and the current discourse, but misses the chance to really capture the public’s imagination. The fact that now of all times there is nothing much more to be read on the labels for the works than the title, artist’s name and gallery is inexcusable.

Free admission, but no explanations

Should passers-by, young people, activists or school groups actually flock to the free exhibition, they will need to obey the customs of the art discourse and reach for the thick visitor’s guide, where they will surely marvel at the charts in the style of Mark Lombardi that trace the interconnections between government spending and major media groups. And why does Anikka Eriksson’s puppy film put words into the mouths of stray Turkish dogs? Anyone not fluent in the idioms of contemporary art will feel excluded.

As a matter of fact, Istanbul is basically asking itself this year whether art beyond independent funding is ever really as free as it purports to be. While the biennial is supported by an international foundation, the Turkish Koc Foundation acts as main sponsor. The Koc family can be compared to the Krupps in Germany or Rockefellers in the US; for the Turkish upper crust and rich industrialists – families like the Eczacibasis or the Sabancis – art is a key part of the Western lifestyle, and not only in terms of collecting. Contemporary art is the visible passport to modern society.

Ever since the founding of the biennial, hopes have run high that something like an international avant-garde might find a home in Turkey. Now it all seems like just a façade. Although it is well known that the Koc family is not in the Erdogan regime’s good graces, the caution with which artistic director Erdemci treats the event’s main sponsor belies any semblance of independence.

On the critical display panels put together by the activists invited to exhibit, the name Koc does not appear beside those of the other powerful clans. And when, during a spring performance, the local artists’ scene pointed out what a contradiction it is that money is being put up for the show by the very people profiting from gentrification, Fulya Erdemci had the activists escorted out of the room. She called after her critics that one mustn’t assume “that art is a totally abstract, pristine space”, adding: “The art world is part of the system and works within the same parameters we all share.” This may sound worldly-wise, but it ultimately undermines any gesture of opposition.

Protected by the most powerful villain of them all

Has the biennial on the Bosporus, where the state is run Wild-West style, elected to take shelter under the cloak of the most powerful villain? The situation seems duplicitous: the organisers complain that the biennial will have to relinquish its traditional exhibition site, the Antrepo building in the harbour, because a grand hotel might be built there, but the museum planned by the Koc Foundation can be admired on the website – a colossus with 6,000 to 8,000 square metres of floor space rising up in the midst of the sterilised, gentrified former Bohemian district of Beyoglu.

And so it is the artists alone who put themselves at risk, standing up with their names or also faces and voices for independence, even dissidence, while the biennial that hosts them remains pliant. On the top floor of the Greek school, the second central exhibition venue in the show, the five Olympic rings hang from the ceiling as a neon sculpture, the artist Volkan Aslan making them drip down from the rafters as if melting. The work, titled “Games Games Games”, now appears like a satisfied commentary on the recent decision in favour of Tokyo over Istanbul in the bid to host the Olympic Games in 2020.

The artist Basim Magdy evokes what is perhaps the most accurate vision of this biennial in his collages of text and images: “We came and we left and nothing changed.” That the exhibition is ultimately experienced as nothing more than an uninspired, carelessly presented blockbuster, as one of the many attractions the international art-going scene checks off its list year after year – this must be seen in the end as a defeat of the civilian resistance.