Hit enter to search or ESC to close
DiversityPoliticsWriters 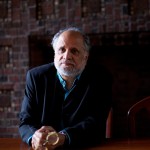 BOMBAY—The demography of the new internationalism is the history of postcolonial migration, the narratives of cultural and political diaspora, the major social displacements of peasants and aboriginal communities, the poetics of exile, the grim prose of political and economic refugees. It is in this sense that the boundary becomes the place from which something begins its presenting.

The very concepts of homogenous national cultures, the consensual or contiguous transmission of historical traditions, or “organic” ethnic communities—as the grounds of cultural comparativism—are in a profound process of redefinition. The hideous extremity of Serbian nationalism proves that the very idea of a pure, “ethnically cleansed” national identity can only be achieved through the death, literal and figurative, of the complex interweavings of history and the culturally contingent borderlines of modern nationhood.

This side of the psychosis of patriotic fervor, there is overwhelming evidence of a more transnational and translational sense of the hybridity of imagined communities. Contemporary Sri Lankan theater represents the deadly conflicts between the Tamils and the Sinhalese through allegorical references to state brutality in South Africa and Latin America; The South African novels of Richard Rive, Bessie Head, Nadine Gordimer, John Coetzee, are documents of a society divided by the effects of apartheid that enjoin the international intellectual community to meditate on the unequal, asymmetrical worlds that exist elsewhere; Salman Rushdie writes the fabulist historiography of post-independence India and Pakistan in Midnight’s Children and Shame only to remind us in The Satanic Verses that the truest eye may now belong to the migrant’s double vision.

What is striking about the “new” internationalism is that the move from the specific to the general, from the material to the metaphoric, is not a smooth passage of transition and transcendence. The “middle passage” of contemporary culture, as with slavery itself, is a process of displacement and disjunction that does not totalize experience. Increasingly, “national” cultures are being produced from the perspective of disenfranchised minorities.

The most significant effect of this process is not the proliferation of “alternative histories of the excluded” producing, as some would have it, a pluralist anarchy. The currency of critical comparativism, or aesthetic judgment, is no longer the sovereignty of the national culture conceived as an “imagined community” rooted in a “homogeneous empty time” of modernity and progress. The great connective narratives of capitalism and the class may drive the engines of social reproduction, but they do not, in themselves, provide a foundational frame for those modes of cultural identification that form around issues of sexuality, race, feminism, the lifeworld of refugees or migrants, or the deathly social destiny of AIDS.

What this “imagined” geopolitical space may be, as a local or transnational reality, is being both questioned and reiterated. Feminism, in the 1990s, finds its solidarity as much in liberatory narratives as in the painful ethnical position of the slavewoman, Sethe, in Toni Morrison’s Beloved. The body politic no longer contemplates the nation’s health as simply a civic virtue; it must rethink the question of rights for the entire national, and international, community, from the AIDS perspective.

The Western metropole must confront its postcolonial history, told by its influx of postwar migrants and refugees, as an indigenous or native narrative internal to its national identity. The reason for this is made clear in the stammering, drunken words of Mr. Whisky Sisodia from The Satanic Verses: “The trouble with the Engenglish is that their hiss hiss history happened overseas, so they dodo don’t know what it means.”

Postcoloniality, for its part, is a salutary reminder of the persistent “neo-colonial” relations within the “new” world order and the multinational division of labor. Such a perspective enables the authentication of histories of exploitation and this evolution of strategies of resistance. Beyond this, however, postcolonial critique bears witness to those countries and communities—in the North and the South, urban and rural—constituted, if I may coin a phrase, “Otherwise than modernity.”

Such cultures of a postcolonial contra-modernity may be contingent to modernity, discontinuous or in contention with it, resistant to its oppressive, assimilationist technologies; but they also deploy the cultural hybridity of their borderline conditions to “translate,” and therefore reinscribe, the social imagination of both metropolis and modernity.

Being in the “beyond” of culture is to inhabit an intervening space. But to dwell “in the beyond” is also to be part of a revisionary time, a return to the present to redescribe our cultural contemporaneity; to touch the future on its hither side.

In that sense then, the intervening space “beyond” becomes a space of intervention in the here and now. To engage with such invention, and intervention, requires a sense of the new that resonates with the hybrid chicano aesthetic of “resquachismo” as Tomas Yabarra-Frausto describes it:

The utilization of available resources for syncretism juxtaposition, and integration Rasquachismo is a sensibility attuned to mixtures and confluence…a delight in texture and sensuous surfaces…self-conscious manipulation of materials or iconography…the manipulation of rasquache artifacts, code and sensibilities from both sides of the border.

The borderline work of culture demands an encounter with “newness” that is not part of the continuum of past and present. It creates a sense of the new as an insurgent act of cultural translation. Such art does not merely recall the past as social cause or aesthetic precedent; it renews the past, refiguring it as a contingent “in-between” space that innovates and interrupts the performance of the present. The “past-present” becomes part of the necessity, not the nostalgia, of living.

Homi Bhabha, the Harvard professor and literary critic, is author of “The Location of Culture” (Routledge, 1994). In this article from NPQ Winter, 1997 Homi Bhabha argues that the location of culture today is not in some pure core inherited from tradition, but at the edges of contact between civilizations where new, “in-between,” or hybrid, identities are being forged. In our plural, postmodern times the edges increasingly define the core; the margins more and more constitute the center.