Hit enter to search or ESC to close
IslamPoliticsUncategorizedWest 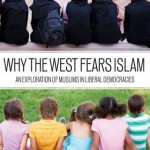 Harvard professor and Islam expert Jocelyne Cesari looks into the mechanisms of the West’s fear of Islam, and ponders on how the dominant narrative that tends to present Islam as an alien religion can be countered

The integration of Muslim immigrants has been on the political agenda of European democracies for several decades. However, only in the last ten years has it specifically evolved into a question of civic integration closely related to religious identity. In the 1960s and 1970s, the socio-economic integration of immigrants with a Muslim background was the primary focus of academic literature, but with the emergence of the second and third generations, the interest has shifted to political mobilization. Beginning with the Rushdie affair in the United Kingdom and the hijab affair in France from 1989 to present, the spotlight has moved to the legitimacy of Islamic signs in public space, such as dress code, minarets, and halal foods.

As a consequence, controversies surrounding the visibility of these signs have steadily grown. Controversy is not merely a disagreement about divergent points of view; but it is about fundamental differences (or at least perceived as such) about the principles and norms that regulate the common life of individuals sharing the same time period. Such fundamental divergences that lead to exclusive or binary positions cannot coexist in the same public space.

Islam and the perceived rejection of democracy

Consequently, headscarves, mosques, and minarets are increasingly seen as a rejection of western democratic values, or even worse, as a direct threat to the West.

During the 2006 campaign to ban minarets in Switzerland, posters from the Egerkinger Committee displayed a woman in a burqa standing next to minarets that were rising from a Swiss flag and pointing to the sky like missiles (see picture). Such a perception of Islam in the public sphere has reached the United States as well through the ongoing Shari’a debates, discourse on Islamic radicalization in jails, and the ground zero mosque controversy in the summer of 2010.

Islamic signs are not only ostracized in public discourse, but are also controlled and restricted through multiple legal and administrative procedures in an attempt to “civilize” or adjust the signs to fit western political cultures. In April 2011, the French government enforced the ban on wearing the niqab or burqa, which was overwhelmingly approved in 2010 by the French legislature. Other countries like Belgium and The Netherlands have followed the French path in 2011 and 2012.

The most recent addition to the long list of outcast Islamic signs is circumcision. In June 2012, a judge in Cologne, Germany, outlawed circumcision on the grounds that it causes “illegal bodily harm”. Although Germany’s Chancellor Merkel has promised the Muslim and Jewish communities that they can continue practicing circumcision, the legal implications of this ban have yet to be determined.

This cultural struggle is also fought on the Muslim side. Salafism, a specific interpretation of Islam in stark opposition to western values and cultures, advocates many practices such as gender segregation and rejection of political and civic engagement that are deemed as efforts to fight the impurity of the West. This particular brand of Islam is one of the most visible, widespread, and accessible interpretations, and thus gives the illusion to both Muslims and non-Muslims that Salafism is the true Islam.

In sum, an essentialized West and an essentialized Islam are fighting each other and in so doing reinforce one another. The “burqa versus the bikini” opposition often used by both Islamophobes and Muslim fundamentalists encapsulates this sense of profound incompatibility that relates to politics, lifestyles, and most interestingly, women’s bodies.

Such stark oppositions are of course extreme, but at the same time, reflect the “either or” approach, in which most of the discourse on Islam is currently trapped. The German President, Joachim Gauck involuntarily illustrated the milder version of this binary opposition, when he said that Muslims can live in Germany but that, unlike his predecessor (Christian Wulf), he does not think that Muslims can be part of Germany.

One major consequence of such a polarized mindset is to mask the sociological reality of Muslims. In fact, a striking gap exists between the image of Islam as it is constructed in binary public discourse and the multifaceted reality of Muslims across countries and localities.

For example, the dominant assumption is that visible Islamic identities in the West are inversely correlated to their civic and political loyalties, while there is empirical evidence that contradicts such an assumption.

My book – “Why the West Fears Islam – An Exploration of Muslims in Liberal Democracies” – presents first-hand data from focus groups I organized in Paris, London, Berlin, Amsterdam, and Boston between 2007 and 2010. In this regard, it is the first systematic and comparative review of the existing knowledge about Muslim political behaviours and religious practices in western Europe and in the United States.

The major conclusion is that although Muslims are challenged by their secular environment, they do not experience the incompatibility so intensely debated by western politicians and Salafi preachers alike. Then why is Islam depicted as an obstacle in political discourse and the media? Taking up this intriguing gap, I have attempted to make sense of this disjuncture between what Muslims do and the political construct of the “Muslim problem”.

During this exploration, liberalism and secularism have appeared as the two major idioms used to make sense of the Muslim presence.

The “Islamic Problem” in Europe is a consequence of immigrant settlement that in the last two decades has been phrased in cultural and religious terms. The fact that Muslims stand at the core of three major social “problems” – immigration; class and economic integration; ethnicity and multiculturalism – has increased the concern about Islamic religion, increasingly seen as the major reason for all problems.

I show in my book that in the United States this culturalization of all political issues related to Muslims is more recent and primarily related to security concerns. Therefore, categories of “immigrant” and “Muslim” overlap in Western Europe, unlike in the United States where immigration debates centre on economic and social concerns such as wages, assimilation, and language.

The outcome of these social shifts is visible in the apocalyptic turn of the public rhetoric on Islam in Europe. Extreme right political figures like Geert Wilders speak of “the lights going out over Europe” or of “the sheer survival of the West”.

It would be misleading to think that this existential war is waged only on the margins of European societies. In fact, numerous opinions surveys as well as political discourses show that the perception of Islam as a danger to Western core political values is shared across political allegiances and nations.

2. The Alliance of Liberalism and Feminism

In fact, this existential war can be defined as a values-centred liberalism which pitches itself against the recognition of religious and cultural diversity. For example, British Prime Minister David Cameron declared in February 2011 at the annual Munich Security Conference of world leaders: “Frankly, we need a lot less of the passive tolerance of recent years and much more active, muscular liberalism.”

It is important to emphasize that, historically, political liberalism at the foundation of Western democracies is not necessarily incompatible with the recognition of pluralism. Based on the principle of toleration, the liberal State is traditionally expected to grant equality to citizens of all religious and cultural backgrounds.

In contrast, the new liberal discourse sees recognition of minority rights as a threat to freedom of expression and women’s rights which are apprehended as the core values of national communities. Hence, it advocates a strong cultural integration of newcomers. As a consequence it has created very significant policy shifts in countries usually characterized by multiculturalism like the Netherlands or the United Kingdom. For example, the multicultural project of recognition of “cultural diversity in a context of mutual tolerance” of Labour Home Secretary Roy Jenkins in 1966 is now strongly criticized. In fact, the new political consensus is to prioritize strong cultural assimilation to British values over minority rights.

The markers of European identity

This “new integrationist” discourse is widely shared across European countries and, interestingly, promoted by former left-wing activists. Gender equality and rejection of religious authority, which were primary left-wing topics of struggle in the 1960s have become in the present decade the legitimate markers of European identity. In these conditions, all groups and individuals are required to demonstrate conformity to these liberal values in order to become legitimate members of national communities. The “Moderate Muslims” label serves this purpose. It creates a distinction that is supposedly not based on Islam as such but on the adherence of Muslims to liberal values.

Strikingly, feminist groups have become key actors of this discourse. Some feminist figures have been particularly vehement against group rights and especially against any Islamic principles that could undermine gender equality. Curiously, this feminist discourse silences the Muslim women that it purports to defend. As a consequence, Muslim women are transformed into subalterns in a way that is similar to the colonial and postcolonial vision of the Muslim subject.

This new integrationist discourse goes hand in hand with states’ active policies to transform the behaviours and identities of their Muslim citizens. For example, state-led production of Muslim subjects with the correct moral identity is reflected in various policies: values tests and oaths of allegiance for would-be migrants and citizens; recruitment of “moderate Muslims” as state-sponsored role models and community leaders; formal and informal restrictions of Islamic practices seen as extremist or illiberal.

All these policies can be summed up as an attempt to civilize the “enemy”. Such a project is not only a speech act but translates into discreet or invisible regulations/ limitations on Muslim cultural and social practices. Interestingly, most Muslims we interviewed reveal that they are already “civilized” and are trying to find commonality with the dominant group. Most of the time, however, they are silenced or reduced to the reification of their bodies, dress, or minarets.

Being Muslim and a citizen

One of our most striking findings is the non-contentious nature of being a Muslim and a citizen, while it is this exact dichotomy that puts Muslims at odds with the social expectations of most Europeans. Our surveys show that Muslims do not see incompatibility between being a Muslim and being a citizen.

At the core of the European shift is the blind spot of the social legitimacy of religion that has been completely eliminated from most of national discourse and values.

In sum, the symbolic integration of Muslims within national communities would require a dramatic change in the current liberal and secularist narratives. It is a daunting task, but it can be done.

On March 10, 2011, the hearings of the Congress Commission on Radicalization of American Muslims provided a platform for at least two individuals to weave Muslims into the American narrative. In his testimony, Congressman Keith Ellison (D-MN), the first Muslim elected to Congress, tearfully etched into America’s consciousness the story of Salman Ahmad, a Muslim paramedic and New York police cadet killed trying to help fellow New Yorkers on 9/11. Additionally, Congressman Brian Higgins, a Catholic, stated that America’s tradition is “Christian-Judeo-Islamic,” not simply “Christian-Judeo”.

This can be seen as empty feel-good talk, but it can also be the prefiguration of how historical references can be used to achieve symbolic integration and counter the dominant narrative that tends to present Islam as an alien religion.