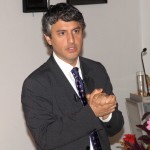 Scholar Reza Aslan outlines how Jesus’ crucifixion and his Judaism reflect on who he was and how the Gospels were not meant to be read as a biography. The author of Zealot also says many people misinterpret the phrase “Son of God” as a description instead of a title.

Reza Aslan is a religious scholar, a professor of creative writing and a journalist. In another age, he would have been called a renaissance man.

In fact Aslan’s range of knowledge and his self-confidence have been used by some of his detractors to challenge his account of the historical Jesus in Zealot: The Life and Times of Jesus of Nazareth. However, his critics generally target Aslan’s credentials on the basis of his background (he is an interdisciplinary academic with multiple degrees and a Muslim) rather than taking issue with the contents of Zealot.

Zealot infuses Jerusalem and Palestine at the time of Christ’s life with a vividness and detail that reveals a historical cauldron in which radical Jews challenged both the authority of the Roman Empire and established Jewish leaders who cooperated with Rome. Aslan’s account of the historical Jesus moves back and forth between what was his likely life versus how he is portrayed in the New Testament.

Religion is a question of belief in a divine force, as Aslan affirms, so facts don’t necessarily undercut faith. But they can cause some believers to feel threatened and indignant.

If you’ve seen Aslan on television, he’s not one to back down. Truthout recently interviewed Aslan about his contextual recounting of the man who became the basis of a religion years after his death.

KARLIN: Let’s start with the name of your book, who were the Zealots, and how did the historical Jesus share characteristics of that movement? 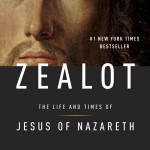 ASLAN: Zealotry was a widespread phenomenon in Jesus’ time. Indeed, most Jews would have proudly referred to themselves as zealous for the Lord. Zeal is a biblical principle. It implies an uncompromising commitment to the sole sovereignty of God – a refusal to serve any master but God. Some zealots took this principle to its extreme, launching armed rebellions against the hated Roman occupation. Others – like Jesus – practiced zealotry in less openly violent ways. But what all zealots had in common was a loathing for the heathen empire in occupation of the holy land, and their priestly collaborators in Jerusalem. My argument is that when you look at Jesus’ teachings and actions in the light of the history of his time, you cannot fail to see his zealot tendencies. Even his disciples notice it: As they watch him violently cleanse the Temple, they think back to the words of the Psalms: “Zeal for your house consumes me” (John 2:17).

KARLIN: You state emphatically in the book that Jesus was crucified for the crime of sedition against the Roman Empire. Why is this such an important point in understanding the historical Jesus?

ASLAN: If you know nothing else about Jesus except that he was crucified you know enough to question the dominant view of him as some kind of pacifistic preacher of good works with no concern about the cares of this world. Crucifixion was a punishment that Rome reserved almost exclusively for crimes against the state: sedition, treason, rebellion, insurrection. These were pretty much the only crimes for which one could be crucified under Roman law. The “thieves” who were crucified alongside Jesus were not thieves. The Greek word used is lestai, which does not mean thieves but bandits, the most common Roman term for a rebel or insurrectionist. Jesus is often called “bandit” in the gospels. Jesus’ crucifixion is proof that the Roman Empire saw him as a legitimate threat to the stability of the state, which is why they arrested, tortured and executed him.

KARLIN: Much modern perception about Jesus was that he was born a Jew but somehow was converted. Your book doesn’t appear to indicate that Jesus ever stopped being a Jew, but rather that he was a significant rebel against the established Jewish hierarchy embodied by the high Jewish priests of the Great Temple. Can you elaborate on the cauldron of dissent within the Jewish community during the time of Jesus’s life beyond just the Zealots?

ASLAN: The historical Jesus was a Jew preaching Judaism to other Jews. That is the most important fact about Jesus the man to keep in mind. It is what separates the Jesus of history from the Christ of faith. Of course, Judaism was incredibly fractured in Jesus’ time. The historian Josephus says there were 24 sects of Judaism in the holy land alone! You can see the multiple ways in which Judaism was defined in the arguments that Jesus has with the Pharisees and Sadducees. But those were not arguments AGAINST Judaism. They were arguments ABOUT Judaism – about how to interpret it. Jesus said he had come not to abolish the law of Moses but to fulfill it. There is no reason to believe that Jesus ever stopped being a faithful Jew.

KARLIN: How long after Jesus’s death were the Gospels written, and what were they based on?

ASLAN: Jesus was born around 4BC. He probably died sometime around 30-33 AD. The first gospel, Mark, was written around 70AD. The gospels of Matthew and Luke were written between 90-100AD. And the gospel of John was written between 100-120. In other words, none of these gospels was written by people who actually knew Jesus. They were written by the second generation of Christians and based on oral traditions passed down from community to community. Of course, these are not the only gospels; there are dozens more gospels (sometimes called the Gnostic Gospels) that were kept out of the New Testament canon.

KARLIN: When fervent Christians challenge your book as factually wrong because the New Testament is an accurate account, what is your response?

ASLAN: The gospels are not meant to be read as biography. These are testimonies of faith written by communities of faith many years after the events they describe. In other words, the gospel writers already believed something about Jesus, and they wrote their gospels to PROVE that belief. Put simply, the gospels are theological arguments about Jesus’ nature as God; they are not a biography of a man named Jesus. As such, they are not all that useful in reconstructing the life of the historical Jesus.

KARLIN: Many of the New Testament’s accounts of Jesus performing incredible feats such as turning water into wine and multiplying loaves and fishes, you contend, were similar to other roving Jewish dissidents. From a historical perspective, what was actually happening on such occasions? Because they were either divine acts, magic tricks or exaggerations written into the New Testament.

ASLAN: It may be difficult for the modern mind to make sense of the fact that Jesus lived in a world steeped in magic and miracle, a world in which it was simply accepted that illness was a form of demon possession and that certain individuals had the power to heal or control nature. What are we to make of this fact? I’m not sure. An unbeliever would say this was the result of mass psychosis, or a communal placebo effect. A believer would say it was a miracle. That is a question of faith, not of history.

KARLIN: Let’s say hypothetically Jesus was not the “Son of God.” You admit that the factual information about his life is scant, so you rely much on the large historical base of knowledge about Palestine during his life. Given that, however, would you speculate Jesus was an extraordinary and charismatic “fisher of men” or just that he had good authors to embellish his actual life and market it as a new religion?

ASLAN: First of all, if Jesus called himself the Son of God, and this little reason to think that he did, he meant NOT that he was the literally begotten child of God, but that he was king. Son of God is NOT a description in the Bible. It is a title. Indeed, many people in the Bible are called Son of God, none more often than King David. Son of God was a title used for kings. The concept of an actual son born to God simply does not exist in Judaism (although it does in Roman and Greek religions, which is where the concept was borrowed from). That said, let’s not lose sight of the fact that Jesus was an extraordinary and charismatic man. His teachings about the Kingdom of God were absolutely revolutionary. He had a profound impact on the people he touched. And those people were so moved by his teachings that they created an entire religion based on it!

KARLIN: Isn’t it ironic that Jesus was crucified for challenging Rome’s authority but Rome eventually came to embrace Christianity as preached in the New Testament?

ASLAN: Even more ironic is the fact that an illiterate Jewish peasant whose entire message was a condemnation of the wealthy and those in power became the impetus for a Roman religion based on the accumulation of power and wealth. I suppose we have Constantine to thank for that.

KARLIN: I must say that your descriptions of the mass crucifixions, leaving the bodies up to be eaten by birds and dogs to terrify the population into submission, and the agonizing deaths left me a bit queasy. Explain how the alleged taking down of Jesus’s body from the cross, contrary to common practice, and his alleged resurrection might have come to be written years after his actual death.

ASLAN: You’re right that the purpose of crucifixion was to act as a deterrent against rebellion, which is why crucifixions were always carried out in public. It is also why the crucified were almost never buried. Because the entire point of the crucifixion was to humiliate the victim and frighten the witnesses, the corpse would be left where it hung to be eaten by dogs and picked clean by the birds of prey. Of course, the gospels say that Jesus was spared this fate thanks to a wealthy Pharisee who bribed the Roman guards to have Jesus’ body taken down and placed in a tomb. Take that for whatever it’s worth, but the fact is that unless he is buried he can’t be raised again.

KARLIN: We can’t let you go without, yes, asking about the infamous interview of you by Laura Green of Fox in which she claimed over and over that you couldn’t write about Jesus because you are a Muslim. You shellacked her bigotry and ad hominem attacks big time. Will you ever go on Fox again and walk into the lions’ pit?

ASLAN: My plan is to go on Fox News with every single book I ever publish from now until I die.

Truthout note: The Fox appearance cited above in which “Zealot” was denigrated through personal attacks on Aslan has been credited, in part, with making the book an ongoing bestseller as a result of media coverage surrounding the controversy over how he was treated.