By Guest contributor(s)Friday 11 April 2014 No Comments 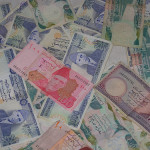 As the Arab world descends into sectarian turmoil, with rival Sunni and Shi’i militias fighting on multiple fronts, a new battlefield is opening up in Pakistan. Although much of the Western attention has focused on clashes between the Pakistani military and Sunni militant groups in the remote tribal regions, these armed actors are expanding their terrorism against civilians across urban Pakistan. A key component of this campaign is a systematic attempt to harden identity-based divisions and provoke wider conflict between Sunnis and Shi’a. Not only does Islamabad have no effective response to this calculated offensive, which has cratered public confidence in the state, it is also getting sucked into the vicious sectarian politics of the Middle East, which will only yield further ideological violence on its soil.

According to the Pew Research Center, in both 2011 and 2012, Pakistan had the highest rate of social hostilities involving religion in the world. Of the 4,725 deaths caused by terrorism and violence in Pakistan in 2013, 687 people were killed in sectarian attacks, a rise of twenty-two percent from 2012. While few minorities are safe in Pakistan today, the anti-Shi’i killings have the greatest destabilizing potential, given that up to 26 million Shi’a live in the country, the world’s second highest population after Iran.

Sunni radical groups have always considered Shi’a to be heretic and they are conducting a calculated campaign of incitement designed to polarize society along sectarian lines and spark a civil war, as has happened in countries like Iraq. Attacks have consisted of targeted killings and indiscriminate massacres. They count the rich and the poor among the victims, and occur in all the major urban centers (and in many smaller towns) across the country. There is extraordinary, unprecedented fear among Shi’i communities across the country today.

The incitement strategy may be starting to bear fruit. The pattern of violence is evolving from attacks by militant groups to wider sectarian clashes among communities. Last November during Muharram, the annual Shi’i month of mourning, attacks on Shi’i processions and mosques sparked riots in multiple cities across the country, including in the southern Punjabi city of Multan, where more than half of the urban areas descended into communal violence. If current trends persist, then the rapid escalation and geographic diffusion of violence upon major trigger events may well become the new normal.

There are several reasons why the Pakistani state has yet to respond effectively to the sectarian challenge. State capacity—including within the police and the courts—is severely limited and has undercut counterterrorism efforts across the board, whether these focus on attacks on the state or on the public. The political influence of sectarian groups, which can boast of supporters and powerful recruiting networks in many key voting districts, has also contributed to the apathy of Pakistani leaders.

Internal factors alone, however, do not explain the rising intensity of violence inside Pakistan, which is also affected by the wider geopolitics of the Middle East. Saudi Arabia, long engaged in an intense rivalry with Iran across the Muslim world, seeks to contain Tehran’s influence in Pakistan as well. Saudi fears have escalated in recent years since the rise of Shi’i rule in Iraq after the fall of Saddam Hussein and the growing influence of Iran in the region. Donors in Riyadh and the other Persian Gulf monarchies have funded Sunni radical groups, including anti-Shi’i militant factions, inside Pakistan. Shi’i militant groups also have a presence in Pakistan, but their reach is comparatively limited and they generally retaliate against the leaders of Sunni radical groups, rather than targeting Sunni communities indiscriminately, as it is not in their interest to spark a wider war.

Washington’s outreach to Tehran and its reluctance to become militarily entangled in the Saudi-supported rebellion against the Iran-allied regime in Syria has aggravated Riyadh’s concerns. Saudi Arabia is therefore taking matters in its own hands. A key plank in its anti-Iran strategy is to utilize the Pakistani security establishment, which has deep ties with its Saudi counterparts, to confront an array of threats, including Shi’i uprisings against Sunni autocracies, and the training and arming of radical Sunni groups against rival Shi’i factions in Arab battlefields. In return, the Persian Gulf monarchies are using their deep pockets to invest in Pakistan’s frail economy, which has been damaged by insurgency and terrorism, and which may not be sustained by financial support from the U.S. Congress after the American withdrawal from Afghanistan.

It is not hard to see the results of this investment. In 2011, thousands of retired Pakistani army personnel were sent over to serve in Bahrain’s special forces, National Guard, and riot police, helping to put down a Shi’i uprising against the Sunni monarchy whose closest ally is Saudi Arabia. Last November, there were reports that Saudi Arabia is deploying a new rebel army to take on Bashar al-Assad’s regime, in which Pakistani military instructors will play a crucial role in training insurgent brigades.

Pakistan’s growing ensnarement with Arab civil wars will have dire consequences for its own stability. Pakistan’s relations with Iran have steadily worsened in recent years. Tehran has repeatedly alleged that Pakistan-based Sunni militant groups carry out attacks in its eastern province, bordering Pakistan. In 2012, Pakistan arrested three Iranian border guards after accusing them of crossing into the country and shooting a Pakistani national. Late last year, Iran rescinded a planned $500 million loan that would have funded the construction of a pipeline enabling the importation of Iranian gas, an important project for Pakistan’s energy-starved economy. Currently, Tehran is accusing “state-sponsored extremist groups” of kidnapping Iranian border guards, on one occasion even threatening to send troops to recover them. If Iran perceives Pakistan to be another enemy in its ideological and political struggle with Saudi Arabia and the Persian Gulf monarchies, then there may be no end in sight to Pakistan’s sectarian turn.

Ahmed Humayun is a fellow at the Institute for Social Policy and Understanding in Washington, D.C. He previously led a conflict research program at Georgetown University, and has conducted fieldwork on political Islam. His writings have appeared in Foreign Policy, World Politics Review, and Real Clear Politics, among other publications.

___________
This piece is part of The Fletcher Forum of World Affairs’ 2014 Global Risk Forum. The Global Risk Forum is an effort to convene conversations around some of the most pressing issues we face as a global community in the year ahead: the breakdown of climate change negotiations; the spread of sectarian violence in the Middle East; the credit crisis and economic slowdown in China; the growth of cyber espionage; and the unraveling of Africa’s economic boom. We encourage you to read the conversations, participate with written responses or on social media, and help us work together to produce constructive ideas that will reduce the aggregate risks we face.