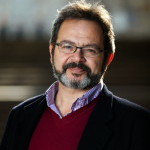 Anti-racism as a current of thought and as a social movement has a long history. From the opposition to slavery to the anti-colonial struggles and until today, anti-racism has been and remains a vital and important current of thought and a social movement embodying the noblest of all human values: at the very least, a belief in the right of all human beings to be related to in a decent and dignified manner regardless of where they come from and how they happen to be perceived and categorised.

Yet, despite this long history, and some remarkable victories against the forces of racism in their variety of forms, it cannot be said that anti-racism has been particularly successful. Everywhere we look today, racism is on the rise. In Australia, where I come from, but also in the United States, if we look at the treatment of the indigenous people and the immigrant populations originating from the developing world, or at the rate of imprisonment of black populations, all remain marked by excessive racism. Likewise the treatment of asylum seekers around the globe.

” It is because of such tendencies that recalling anti-racism is a crucial task. It is particularly so since racism for the last couple of decades or so has been yet again undergoing an important reconfiguration, becoming intimately fused with the logic and needs of neoliberal capitalist accumulation. To recall anti-racism now in the midst of this transformation might allow us to develop an anti-racism that is evolving in continual response to, rather than trying to catch up with, the racisms it is trying to oppose.”

Most importantly, we are seeing a massive rise in virulently racist and intolerant forms of ethno-religious-nationalism, with Israel being a model form. The salience of racism was brought particularly home to me here in South Africa. As a guest of the Johannesburg Workshop in Theory and Criticism, travelling from Johannesburg to Cape Town on a bus and holding workshops, learning about local histories and meeting a variety of people, it became clear to me that even here, the country where the forces of anti-racism have registered what is undoubtedly their greatest victory, racism remains nonetheless an enduring social force leaving its imprint on many facets of South African life.

It is with the above in mind that in the workshop we have discussed what we called the “recalling” of anti-racism. “Recalling” has been advanced by the anthropologist Bruno Latour as a critical way of reflecting on modernity. It combines both recalling in the sense of remembering to ensure we build on past achievements, but also recalling in the way a company recalls a product when it realises it has some defect.

As Latour highlights: “In no way does this recall aim to damage the product, nor, of course, to lose market share. Rather, it has quite the opposite strategy. By showing consumers the care it takes with the quality control of its goods and the safety of their users, it wants to demonstrate initiative, rebuild media confidence and, if possible, recommence the production that was too quickly halted.” It is in this spirit, then, that we want to recall anti-racism.

More so than “modernity”, anti-racism is a product with a well-defined function: to combat racist modes of relating and living and replace them with non-racist ones. Although it has had some notable successes, it has been far from a fault-free product; it has failed to rise to the situation on many occasions. Indeed, if we are to compare racism and anti-racism as products, we can say that across history racism has been far more successfully “recalled” and made operationally suitable for a variety of socio-economic and cultural environments.

It has morphed and shown a capacity to target a variety of people, sometimes many at the same time: blacks, Asians, Arabs, Jews, Romas and Muslims. It has been used as a tool of segregation, a tool of conditional integration and, most dramatically, a tool of extermination. It has efficiently constructed its object, successfully adapting to the dominant modes of classification of the time, be they phenotypical, biological, cultural or a combination of these and more.

Comparatively speaking, anti-racism has been conceptually rather ossified and always trying to catch up with the racists’ fluid mode of classification. Anti-racist thinkers bear some responsibility for this ossification. Whereas racists happily move from one form of racism to another, caring little about logical contradictions, inconsistencies and discrepancies in their argumentations, anti-racist academics spend an inordinate amount of time trying to judge racists on precisely such grounds. They criticise racists as if the racists are students or fellow academics with whom they are having disagreements in a tutorial room about how to interpret reality.

The lethal performativity of racist statements and, of course, action, which is what is most important to the racists, is given far less attention than needed. It is as if the racists’ greatest sin is that they are bad thinkers: they are “essentialists”, they deviate from “classical biological racism” or they are making false empirical statements about reality that the anti-racist academics work for long hours to correct by highlighting a lot of statistical data that proves them incorrect – “No, there aren’t that many asylum seekers, no there are no ghettoes here.” This is “look at the demographic data”-type argumentation.

It is because of such tendencies that recalling anti-racism is a crucial task. It is particularly so since racism for the last couple of decades or so has been yet again undergoing an important reconfiguration, becoming intimately fused with the logic and needs of neoliberal capitalist accumulation. To recall anti-racism now in the midst of this transformation might allow us to develop an anti-racism that is evolving in continual response to, rather than trying to catch up with, the racisms it is trying to oppose.

One of the most important transformations that have shaped the new “neoliberal racism” is the increasingly important role that nationalist ideologies play in securing the relative cohesion of most nation states. Economic globalisation has meant that very few nations are left with a national economic structure that works as a solid base for securing the togetherness of the nation regardless of what people within the nation thought.

This has meant, among other things, a relative increase in the importance of the function of the ideological (for example, national values, national histories) as a centripetal force securing both the practical and the ideological unity of the nation-state. Because of this centrality, the social forces that take on the task of protecting ethno-national ideologies develop an increased racist intolerance towards the plurality of ideas and identities that not long ago marked the most benign forms of multiculturalism. Such pluralities are increasingly constructed as centrifugal forces of disintegration and are systematically attacked as a national threat.

The second feature of neoliberal globalisation that is having an important impact on shaping the dominant forms of racism in the West is the increased move towards a de-industrialised landscape.

Despite the plurality of forms that racism has taken throughout history, it has always fluctuated between two tendencies: the racism of exploitation and the racism of extermination. The first is deployed when the racialised are considered valuable, such as in the case of slavery or migrant workers. The second dominates when the racialised are considered harmful, or at least when they are evaluated as more harmful than they are useful, such as in the case of anti-Semitism, as well as in certain instances of colonial encounters.

In the first case, racism works to marginalise people in society, ensuring they have a place in it even if it is a precarious place. In the second, racism aims to marginalise people from society, ensuring they have no social or even physical presence in it whatsoever. This could be through active physical extermination or through passive extermination: letting people rot through a strategy of neglect the way one lets an old truck rust away on one’s property, or, in a similar manner, through ensuring the targeted people remain on the outer side of the borders they aim to cross, as with asylum seekers.

The third feature is the rise of particularist anti-racism. This is the anti-racism of those who are racialised and are as such struggling against their racialisation. But in their struggle, what is important to them is not that “racism is wrong”. Rather, it is that racism against them is wrong. Such people don’t mind racism as such; they mind being subjected to it themselves. Indeed, they often are happy to dispense racism themselves. Nowhere is this racist particularist anti-racism, with its capacity to racialise others in the name of fighting against one’s racialisation, more powerfully present and institutionalised than in the state of Israel today.

But it can even be said that this particularism has become a generalised cultural form, with so much racism today being dispensed by racists claiming to be racialised. Even white populations in Europe, the US, Canada and Australia, with their long history of colonisation, have happily taken it on board, often arguing that they are subject to “reverse racism”.

This particularist anti-racism raises what is perhaps the most crucial point that needs to be considered in the process of recalling racism: to what extent is anti-racism wedded to an “alter-racial” conception of society? That is, to what extent does it not only work on opposing existing racism but also work on thinking through and working for a non-racist society.

The non-racial today, like the post-racial, rightly has a bad name because like most conservative strategies it posits as achieved what people are still struggling to achieve. As such it works at delegitimising those struggles. This, however, does not mean that alter-racial conceptions of the social have to be given up and surrendered to conservative forces. No social movement is successful by being simply an oppositional force. Opposing what is bad does not by itself produce something good.

It remains the case that it is only by remaining wedded to a fantasy of a non-racial society that the struggle to achieve that anti-racism can remain a potent social force. Reinjecting this fantasy into anti-racism is therefore one of the most crucial tasks of the process of recalling.

Ghassan Hage is a professor of anthropology and social theory at the University of Melbourne.