Confusing Democracy with Terrorism: A Region in Transition 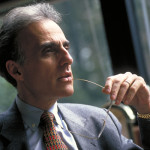 The euphoria and promise of the “Arab Uprising” or “Arab Spring” have given way to what many refer to as “Arab Winter” rather than a “Arab Spring”. Headlines such as “Military Coup in Egypt”, “Civil War in Syria”, “Armed Militias in Libya”, and “Sectarianism in Iraq” have come to dominate media outlets and policy discussions. The examples of Egypt and Tunisia reflect two distinctively different political paths.

Democratic Transitions in Egypt and Tunisia

Since the ouster of Zeine Abedin Ben Ali in 2011, Tunisia has, on the whole, made significant strides towards democratization. Despite strong disagreements and politically motivated roadblocks, Tunisia’s political elites have demonstrated a strong commitment to national unity, the institutional formation of a robust democracy, characterized by an inclusive constitution, a progressive electoral law, and an institutional setting that has prioritized dialogue and compromise over exclusion and partisanship. This process was aided by a favorable context. In the wake of the uprisings, Tunisia’s brutal security apparatus collapsed and its small yet professionalized military, which historically had no interest in politics, remained silent in the wings. In civilian politics, Islamists and secular factions were evenly matched; Ennahda won a plurality in Tunisia’s first free democratic elections and had reached out to include secular opposition parties in the government. In addition, the sequence of democratic transition in Tunisia is worth mentioning as a favorable factor. Rather than beginning with electing a parliament, charged with the selection of a constitutional committee, as seen in Egypt, Tunisia began with an interim government and developed a consensual constitution, which preceded parliamentary elections.

In contrast, since the 2011 overthrow of Hosni Mubarak, Egypt, on the other hand, has undergone a more turbulent political transition process. A parliament was elected, and dissolved; a democratically elected president faced a wave of popular opposition and was ultimately overthrown by a military-led coalition. July 3, 2013 marked a new phase in Egypt’s political trajectory. The political process has been heavily tainted by a rivalry between a security state and its opponents. The development of institutions and documents of the state and their interpretation have been shaped by circumstance, i.e. by the military-Brotherhood rivalry. Political elites in Egypt, in an effort to ensure the exclusion and limitations of the rights of oppositional forces and especially the Muslim Brotherhood (by outlawing and declaring it a terrorist organization) have significantly backtracked from their promised neutrality and inclusiveness.

Lessons From Tunisia and Egypt

The cases of political transition in Tunisia and Egypt demonstrate the need for a nuanced analysis of political transformation in the Arab world, the importance of analyzing individual countries within their contexts. In Egypt, a lack of compromise among the political elite has led to an exclusive system in which the winners are exercising unchecked authority over the very foundations of their country’s political and economic institutions. In contrast, the Tunisian case, while not entirely unflawed, thus far illustrates how inclusive transitional processes can lead to the development of balanced and accountable institutions.

Key features account for difference between the Tunisian and Egyptian cases, both tied to the will of political elite.

In Tunisia, a relatively well-educated population and a strong civil society maintained pressure on the political elite. Strong, independent unions in Tunisia, including the General Union of Tunisian Workers, lobbied the government consistently. Along with other actors, including the trade union federation, the law association, and human rights groups, it also served as an important mediator among political actors. In Egypt, unions are neither as powerful nor as independent.

In contrast, Egypt, with its much larger, diverse, failed economy and less educated population, more restricted civil society and politicized military and court system enabled political actors to treat the post-revolutionary period as a winner-takes-all rivalry rather than a process of negotiation and compromise. Once in power, in contrast to Ennahda’s more inclusive political process, the Morsi government installed many Islamists (MB and Salafis) in key power positions, often to the exclusion or minimal representation of the April 6 movement, ‘secularists’ and Copts. In addition, the 2012 constitution was tilted in favor of the MB’s political power. For example, the constitution favored the power of parliament, where MB representation could be expected to consistently dominate, rather than the president or other bodies. In a similar vein, the military, after the 2013 coup, has sought to completely eradicate the Brotherhood and leftist opposition, and concomitantly shaped foundational documents and institutions to its favor. The El-Sisi government’s has used of overwhelming force, killing and wounding thousands of civilians in the Rabba Square massacre, use of military courts and mass death sentences, arrest and detention of 22,000 (some human rights organizations put this figure at 40,000). The failure of the US and Europe to respond forcefully and effectively in condemning to coup and its massive violation of human rights indicates its retreat to the conventional wisdom of choosing security to guarantee stability and their national interests over the right of self determination, good governance, the rule of law and human rights.

In contrast, once in power, Tunisia’s Ennahda party, taking a lesson from Algeria’s decades-long civil war, avoided polarizing stances. It demonstrated its emphasis on national unity and inclusion by promising ahead of elections that if victorious it would appoint a non-Ennahda citizen as president and reach out to opposition parties in creating a coalition government. It backed away from pushing for the integration of Islamic law in the constitution, and, after two years in power and engaging with opposition in dialogue, opted to step down in favor of technocratic leadership to preserve national unity. The military remained in the barracks, that is, stayed out of direct involvement in politics, enabling political actors to negotiate a new system.

These factors gave way to vastly different political systems. One holds lessons for countries undergoing political transition (PM Ali Laareyedh coined the term “Made in Tunisia” as a way of branding the country’s approach). The other, Egypt, runs the danger of producing an even more exclusionary system than that which had existed prior to the uprisings.

Regional states have also played a significant role in the Arab Spring. Qatar and Turkey quickly recognized the toppling of Mubarak and Ben Ali and the victories in Egypt and Tunisia’s democratic elections in Egypt of the Muslim Brotherhood and Ennahda. In contrast Saudi Arabia and the United Arab Emirates declined to offer much needed financial support to bolster the new governments in addressing the failing economies of their countries. Moreover, concerned that the Arab uprisings would encourage their own populations, they have been staunch supporters of the coup in Egypt and the Sisi government’s repression and banning of the Muslim Brotherhood as a terrorist organizations. Saudi Arabia and most recently the UAE have published unsubstantiated lists that claim to identify Muslim terrorist organizations not only in Muslim countries but also in the West and campaigned to get the US and Europe to follow suit. While, for example, the recent UAE list does include a significant number of known terrorist groups, it is also eclectic, erratic and misleading.

The list, which provides no documentation or proof, conflates global terrorist organizations like al-Qaeda and ISIS with Islamic movements and Muslim organizations that have functioned non-violently and fully within their nations’ political systems and societies, including through participation in democratic elections. Thus, the lists lump together al-Qaeda and ISIS with mainstream or non-violent groups like Kuwait’s Islah (Reform) Society, Muslim Brotherhood organizations and CAIR and MAS in America. Interestingly, the Obama administration issued a statement rejecting the labeling of CAIR and MAS as terrorist organizations.

The indiscriminate labeling of Muslim organizations as terrorists can have substantial repercussions: (1) As has already happened, news of the list went viral on the internet as anti-Muslim and anti-Islam websites and bloggers “spread the news” of what they regard as an endorsement and corroboration of their Islamophobic rhetoric and actions. This directly feeds bias, bigotry, hate speech and violence against Muslim communities and further threatens the liberties of innocent Muslims and Muslim organizations. (2) It reinforces the rhetoric of extremists and terrorist organizations’ message that Islam will never be accepted in Western societies, that the resort to elections is useless and that violent overthrow of regimes is the only path to change and reform. (3) US and European allies of the UAE and Saudi Arabia will continue to be identified as supporting authoritarian regimes rather than as supporters of democracy and human rights, resulting in an increase in anti-Western attitudes and violence throughout the Arab and Muslim world.

A variation of this article will appear in the Fall/Winter 2014 Print issue of The Islamic Monthly.

ABOUT THE AUTHOR
John L. Esposito is University Professor and Professor of Religion and International Affairs and Islamic Studies at Georgetown University, and author of The Future of Islam. He is also an editorial advisor to The Islamic Monthly. 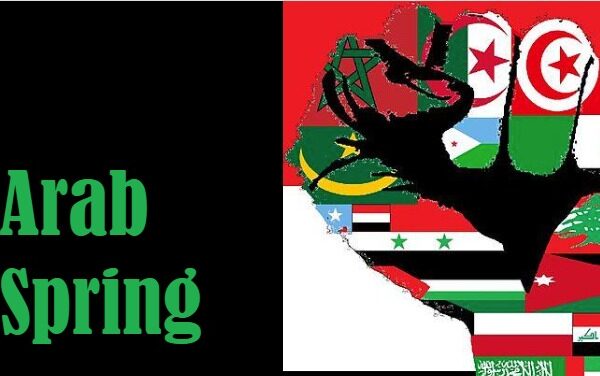