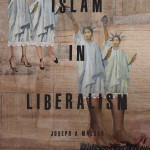 In the popular imagination, Islam is often associated with words like oppression, totalitarianism, intolerance, cruelty, misogyny, and homophobia, while its presumed antonyms are Christianity, the West, liberalism, individualism, freedom, citizenship, and democracy. In the most alarmist views, the West’s most cherished values—freedom, equality, and tolerance—are said to be endangered by Islam worldwide.

Joseph Massad’s Islam in Liberalism explores what Islam has become in today’s world, with full attention to the multiplication of its meanings and interpretations. He seeks to understand how anxieties about tyranny, intolerance, misogyny, and homophobia, seen in the politics of the Middle East, are projected onto Islam itself. Massad shows that through this projection, Europe emerges as democratic and tolerant, feminist, and pro-LGBT rights—or, in short, Islam-free. Massad documents the Christian and liberal idea that we should missionize democracy, women’s rights, sexual rights, tolerance, equality, and even therapies to cure Muslims of their un-European, un-Christian, and illiberal ways. Along the way he sheds light on a variety of controversial topics, including the meanings of democracy—and the ideological assumption that Islam is not compatible with it while Christianity is—women in Islam, sexuality and sexual freedom, and the idea of Abrahamic religions valorizing an interfaith agenda. Islam in Liberalism is an unflinching critique of Western assumptions and of the liberalism that Europe and Euro-America blindly present as a type of salvation to an assumingly unenlightened Islam.
Acknowledgments
Introduction: The Choice of Liberalism

Islam in LiberalismJOSEPH A. MASSAD