By Guest contributor(s)Friday 9 January 2015 No Comments 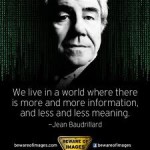 The torching of the French banlieues as both sequel to the No vote of May 2005 and symptom of a wider Western malaise. Rejection of official pieties of integration, and flames of revolt against an automated Europe.

THE PYRES OF AUTUMN,

Fifteen hundred cars had to burn in a single night and then, on a descending scale, nine hundred, five hundred, two hundred, for the daily ‘norm’ to be reached again, and people to realize that ninety cars on average are torched every night in this gentle France of ours. A sort of eternal flame, like that under the Arc de Triomphe, burning in honour of the Unknown Immigrant. Known now, after a lacerating process of revision—but still in trompe l’oeil.

The French exception is no more, the ‘French model’ collapsing before our eyes. But the French can reassure themselves that it is not just theirs but the whole Western model which is disintegrating; and not just under external assault—acts of terrorism, Africans storming the barbed wire at Melilla—but also from within. The first conclusion to be drawn from the autumn riots annuls all pious official homilies. A society which is itself disintegrating has no chance of integrating its immigrants, who are at once the products and savage analysts of its decay. The harsh reality is that the rest of us, too, are faced with a crisis of identity and disinheritance; the fissures of the banlieues are merely symptoms of the dissociation of a society at odds with itself. As Hélé Béji [1] has remarked, the social question of immigration is only a starker illustration of the European’s exile within his own society. Europe’s citizens are no longer integrated into ‘European’—or ‘French’—values, and can only try to palm them off on others.

‘Integration’ is the official line. But integration into what? The sorry spectacle of ‘successful’ integration—into a banalized, technized, upholstered way of life, carefully shielded from self-questioning—is that of we French ourselves. To talk of ‘integration’ in the name of some indefinable notion of France is merely to signal its lack.

It is French—more broadly, European—society which, by its very process of socialization, day by day secretes the relentless discrimination of which immigrants are the designated victims, though not the only ones. This is the change on the unequal bargain of ‘democracy’. This society faces a far harder test than any external threat: that of its own absence, its loss of reality. Soon it will be defined solely by the foreign bodies that haunt its periphery: those it has expelled, but who are now ejecting it from itself. It is their violent interpellation that reveals what has been coming apart, and so offers the possibility for awareness. If French—if European—society were to succeed in ‘integrating’ them, it would in its own eyes cease to exist.

Yet French or European discrimination is only the micro-model of a worldwide divide which, under the ironical sign of globalization, is bringing two irreconcilable universes face to face. The same analysis can be reprised at global level. International terrorism is but a symptom of the split personality of a world power at odds with itself. As to finding a solution, the same delusion applies at every level, from the banlieues to the House of Islam: the fantasy that raising the rest of the world to Western living standards will settle matters. The fracture is far deeper than that. Even if the assembled Western powers really wanted to close it—which there is every reason to doubt—they could not. The very mechanisms of their own survival and superiority would prevent them; mechanisms which, through all the pious talk of universal values, serve only to reinforce Western power and so to foment the threat of a coalition of forces that dream of destroying it.

But France, or Europe, no longer has the initiative. It no longer controls events, as it did for centuries, but is at the mercy of a succession of unforeseeable blow-backs. Those who deplore the ideological bankruptcy of the West should recall that ‘God smiles at those he sees denouncing evils of which they are the cause’. If the explosion of the banlieues is thus directly linked to the world situation, it is also—a fact which is strangely never discussed—connected to another recent episode, solicitously occluded and misrepresented in just the same way: the No in the EU Constitutional referendum. Those who voted No without really knowing why—perhaps simply because they did not wish to play the game into which they had so often been trapped; because they too refused to be integrated into the wondrous Yes of a ‘ready for occupancy’ Europe—their No was the voice of those jettisoned by the system of representation: exiles too, like the immigrants themselves, from the process of socialization. There was the same recklessness, the same irresponsibility in the act of scuppering the EU as in the young immigrants’ burning of their own neighbourhoods, their own schools; like the blacks in Watts and Detroit in the 1960s. Many now live, culturally and politically, as immigrants in a country which can no longer offer them a definition of national belonging. They are disaffiliated, as Robert Castel [2] has put it.

But it is a short step from disaffiliation to desafío—defiance. All the excluded, the disaffiliated, whether from the banlieues, immigrants or ‘native-born’, at one point or another turn their disaffiliation into defiance and go onto the offensive. It is their only way to stop being humiliated, discarded or taken in hand. In the wake of the November fires, mainstream political sociology spoke of integration, employment, security. I am not so sure that the rioters want to be reintegrated on these lines. Perhaps they consider the French way of life with the same condescension or indifference with which it views theirs. Perhaps they prefer to see cars burning than to dream of one day driving them. Perhaps their reaction to an over-calculated solicitude would instinctively be the same as to exclusion and repression.

The superiority of Western culture is sustained only by the desire of the rest of the world to join it. When there is the least sign of refusal, the slightest ebbing of that desire, the West loses its seductive appeal in its own eyes. Today it is precisely the ‘best’ it has to offer—cars, schools, shopping centres—that are torched and ransacked. Even nursery schools: the very tools through which the car-burners were to be integrated and mothered. ‘Screw your mother’ might be their organizing slogan. And the more there are attempts to ‘mother’ them, the more they will. Of course, nothing will prevent our enlightened politicians and intellectuals from considering the autumn riots as minor incidents on the road to a democratic reconciliation of all cultures. Everything indicates that on the contrary, they are successive phases of a revolt whose end is not in sight.