Hit enter to search or ESC to close
DiversityMigrationPoliticsUncategorized 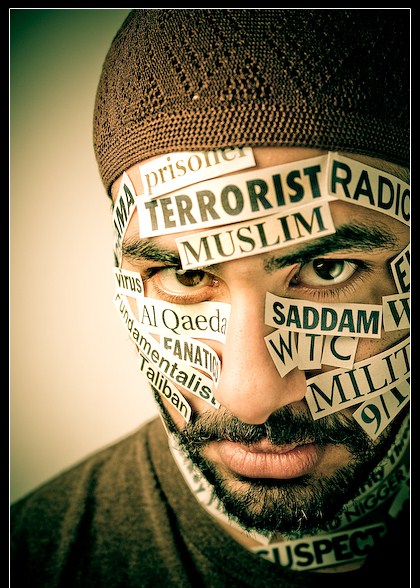 The mob in Chemnitz had a lot in common with the neo-Nazis, Ku Klux Klan followers and other extremists who caused mayhem a year ago in Charlottesville, Virginia, writes Ian Buruma.

For obvious reasons, the sight of a German mob chasing foreigners through the streets and throwing up their arms in Hitler salutes is particularly disturbing. This is what happened recently in Chemnitz, a bleak industrial city in Saxony that was touted in the former German Democratic Republic as a model socialist city (it was named Karl-Marx-Stadt between 1953 and 1990).

The police appeared to be powerless to stop the rampage, which was sparked by the death of a Cuban German in a knife fight with two men from the Middle East. Tens of thousands of Germans later gathered for a rock concert in Chemnitz to protest against the anti-immigrant violence. But this is not a specifically German problem.

The mob in Chemnitz had a lot in common with the neo-Nazis, Ku Klux Klan followers and other extremists, who caused mayhem a year ago in Charlottesville, Virginia. Both cities are tainted by history: Nazi and Communist dictatorships in Chemnitz, slavery in Charlottesville. And though the reasons for violent extremism in both places were manifold, racism was certainly one of them.

Many white Americans, especially in the rural south, have hard lives – poor schools, bad jobs, relative poverty. But the one anchor they could cling to was their sense of racial superiority over blacks. That is why the presidency of Barack Obama was a blow to their self-esteem. They felt their status slipping. Donald Trump exploited their feelings of anxiety and resentment.

Many eastern Germans, weaned on authoritarianism and unable or unwilling to benefit from the educational and occupational opportunities in a united Germany, are turning to far-right demagogues who blame all their troubles on immigrants and refugees, especially those from Muslim countries.

The status anxiety gripping white people throughout the West is probably exacerbated by the rise of Chinese power and the sense that Europe and the United States are losing their global pre-eminence. This is presumably what Trump meant when he declared in Warsaw last year: “The fundamental question of our time is whether the West has the will to survive.”

That question raises another: what he meant by “the West”, and whether a defence of the West is necessarily racist. There was a time in the early twentieth century when the West was defined by its enemies (many of them in Germany) as Anglo-French-American liberalism. Right-wing nationalists, again many of them German, liked to describe London and New York as “Jewified”.

The Nazisʹ war on Western democracies

Liberal societies, in this view, were ruled by money, instead of the claims of blood and soil. The Hungarian-British philosopher Aurel Kolnai wrote a well-known book in the 1930s, entitled “War Against the West”, by which he meant the Nazi war against Western democracies.

But just as Dutch and Scandinavian populists now use gay rights and feminism as symbolic cudgels with which to attack Islam, right-wing leaders have taken up “the West” as something that must be protected from the Muslim hordes. Such leaders often refer
to the “Judeo-Christian West”. This, along with their enthusiasm for right-wing governments in Israel, protects them against accusations of anti-Semitism, traditionally associated with the far right.

It is not always easy to disentangle racist from cultural or religious arguments in xenophobia. Politicians rarely express racism as openly as an up-and-coming young Dutch politician named Thierry Baudet, who before last year’s election warned against the
“homeopathic dilution of the Dutch people” by foreigners. Or the Republican official in Pennsylvania who recently described black football players as “baboons”.

Until the late nineteenth century, anti-Semitism was couched in religious terms. Jews had killed the Saviour, Jesus Christ. Jews used the blood of Christian children to bake matzos for their Passover feasts and so on. This changed when pseudo-scientific racial theories took hold. Once biological distinctions were made between Jews and “Aryans”, there was no way out of the racist trap.

Islamophobia is a form of racism

A common theme among people who believe that Muslims are a threat to Western civilisation is the refusal to recognise Islam as a religious faith. It is a culture, they say, which they claim is incompatible with “Western values”. Precisely the same thing has often been said about Jewish “culture” in the past.

Even though people with a Muslim background come in many hues and from many countries (as do Jews), hostility to Islam can still be a form of racism.
People associated with it, by practice or by birth, are aliens who must be cast out.

And this type of bigotry rarely stops with Muslims. I doubt that the crowds in Chemnitz hunting down anyone who looked vaguely non-European were especially concerned with matters of faith or culture. The slogan of the screaming rabble was: “Germany for the Germans, foreigners raus!”

The neo-Nazis in Charlottesville were celebrating southern culture by sporting symbols of the old Confederacy and attacking black people; the whole point of the Confederacy was to protect white supremacy. That is what the demonstrations were about. But the participants were also shouting: “Jews will not replace us!”

Such sentiments have always lurked in the margins of Western societies, especially in the U.S., where white supremacy has a long and twisted history. Right-wing politicians, hoping to gain more votes, have often hinted that they might share these prejudices. But when Trump declared that the mobs in Charlottesville included “some very fine people” and called Mexican immigrants “rapists”, he dragged racism into the political mainstream.
Once the most powerful person in the Western world incites mob violence, it is clear that the West, however one defines it, is in serious trouble.