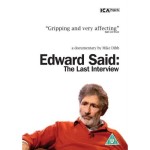 Edward Said was a literary theorist, cultural critic, and political activist for Palestine. He was University Professor of English and Comparative Literature at Columbia University, and edited several academic books. A founding figure in postcolonialism, he wrote dozens of books, lectures, and essays. Anthologies of his essays have been published, and several of his interviews and conversations have also been edited into book form.