Hit enter to search or ESC to close
Middle East 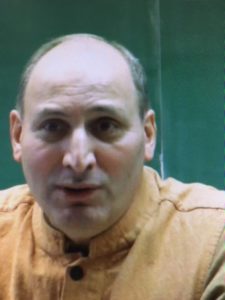 Recent spontaneous demonstrations in Iran have startled most observers around the world. A social unrest which started because of worsening economic circumstances and the failure of the government to keep its economic promises and contain inflation and price rises and issues of that nature has now turned into a general political dissent around the country. These demonstrations were started by some anti- Rouhani factions within the Iranian regime in the city of Mashhad, got out of hand and turned into anti- Supreme Leader protests. These demonstrations have been the biggest test for the Islamic republic since mass protests of 2009. In the early stages, protestors’ demands largely revolved around spiraling prices of basic foodstuffs and bore the classic signs of frustration with the country’s ongoing economic torpor. But later they reached Tehran and have been taken up in limited numbers by students around Tehran university.

As of yet, it is not clear whether we can speak of one protest movement or several protest movements, as there are different grievances and solutions being articulated. As things currently stand, these protests more closely resemble a continuation of  Iran’s long-standing discontent movements rather than a revolutionary attempt to overthrow the regime. Though the Iranian Islamic regime has been suffering from a crisis of legitimacy for a long period of time and the efficient management of the state has remained damaged, the Iranian state continues to have the monopoly of violence and there is an apparent strong unity against common enemies among different factions of the Islamic establishment.  Therefore, as things stand in Iran today, mass discontent remains a clear reality, but protestors are not organized and have no leadership. Also, they currently lack a shared ideology beyond general disdain for the government.

The Iranian Broadcasting (IRIB) which has the monopoly on radio and TV in Iran, was completely silent about the events for the first two days of protests. But it later joined the conservative media in pointing a finger at the “counter-revolution” and to accuse the US of taking advantage of people’s worries over the economy. As for the  US, the Trump administration, unlike the actions of the Obama administration in 2009 that simply refused to back the Iranian people at the time, has jumped on the bandwagon and declared its full support of the dissenters in Iran. While, President Trump publicly condemned the arrest of protesters in Iran, telling Tehran that “the world is watching” what is happening in Iran, Senator Ted Cruz issued an official statement on Saturday, December 30, expressing his solidarity with the people of Iran. Praising “brave Iranians” who have poured into the streets, the Senator from Texas has also  called upon the White House to fully support protesters in Iran. “I urge the Trump Administration to do everything possible to support these courageous protestors, and I  call upon freedom-loving nations everywhere to rally behind and publicly express their  support for the Iranian people.” However, all these wishful thinkings seem to be quite far from the reality on the ground. Because, not only are the protests unlikely to spark the kind of change either Rouhani government or the Trump administration may be hoping for, but they also are refusing to stick to the different scripts the Iranian opposition groups might read into them. Nonetheless, the anti-regime slogans among some demonstrators show the fact that popular grievances are not purely economic. Many question the government’s investment of billions of dollars in military interventions in places like Syria and Yemen as part of its bid to enhance the Islamic republic’s regional position and compete with Saudi Arabia for regional dominance.

Last but not least, the protests, while spreading across the country, have failed to mushroom into truly mass demonstrations and could well spark a much harsher crackdown with the intervention of the Iranian Revolutionary Guards and the Bassij forces. So there are differences of that nature. But as we speak it is too early to say how these demonstrations will progress and whether they will reach a stage where they will have a kind of momentum that really becomes unstoppable, and would require a much harsher level of treatment. Whether the regime would be ready to pay an unacceptable  price in order to preserve itself, remains to be seen. What is for sure is that a revolution is not on the way. However, after 40 years of living with the Islamic regime, the Iranian people have learned to teach the Iranian leaders that their true and genuine problems are with their failing domestic policy rather than with the proxy conflicts around the Middle East.