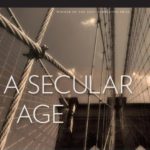 A recurrent liberal dream envisions inevitable progress towards worldwide democracy. Hopes for this dream were boosted at three points during the twentieth century: 1919, 1945, and 1989. Despite these advances, renowned philosopher Charles Taylor sees this dream’s realization as very unlikely. Democracies, Taylor argues, carry within them the seeds of their own degeneration. In this talk, he describes three paths upon which democracies can easily falter—and which must be fought against: elitist control, nativist exclusion, and majority rule.

On November 16, the renowned Canadian philosopher Charles Taylor was at the American Academy to deliver the 2017 Fritz Stern lecture.