What does it mean to be a woman in Iran?

By Guest contributor(s)Saturday 10 March 2018 No Comments 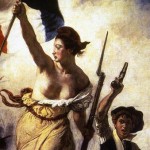 Womanhood in a patriarchal world is difficult. But it seems to be more difficult in the Iranian society. A society that is full of us, self-centred men. Living with men like us is an act of aggression. We expect a woman to have all the things together. Our fathers demanded our mothers to be only a housewife. They loved that their spouse would be a kind wife and a good mother. The one who could raise their kids in a nice way. But now it is not sufficient for us. We prefer a Barbie girl. The one who has a flawless appearance with a body like professional athletes. She should be educated and employed, too, meanwhile she should be able to pay for some costs of the family life. Being wise, cute and at the same time, a fool is important, too. Also, she should be financially independent and obedient. Living a life in such an atmosphere is like experiencing aggression. A hidden aggression that represents itself by a constant anxiety for being good enough.

However, the story does not end here. Women of our society are constantly living in an atmosphere of contradictory values. From one hand, they are driven by the society to become more beautiful, to have more plastic surgeries and to use more cosmetics. On the other hand, the society will ridicule the same behaviours by saying that women are superficial, awkward and out of a community.

Another thing is that we expect women to present themselves actively in the society and simultaneously to be financially independent, however, their progress will make us jealous and angry because we are worried that they would overtake us. We want her to be financially independent and at the same time to say yes like our mothers. Still, if there would be a woman who could overcome the gender cliché and achieve top positions in the society, she wouldn’t be praised but even demolished by the labels of a bearded woman or a woman who looks like men.

Womanhood in the vain society of Iran means a constant experience of concealed and obvious sorts of aggression. Let’s honour womanhood. Let’s love her the way she is. Don’t force her to do anything.