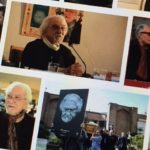 The science of balance

On 22 March 2018, Dariush Shayegan, one of the Islamic world’s foremost philosophers, died at the age of 83 in Tehran. Without ever pinning his colours to any one religious mast, Shayegan sought out the commonalities between Islamic, Indian and Far Eastern spirituality and Western philosophy. By Stefan Weidner

Ten years ago, a spruce elderly gentleman strolled through Venice Beach in Los Angeles, perusing the shops that lined the boardwalk. One sold Indian accessories and advertised shamanic rites; another was home to a yoga studio. Next to that was a Chinese acupuncture service and a few doors down were shops selling an eclectic mix of Japanese massage, books about astrology and esoterics, the latest products from Silicon Valley and rock vinyl records.

The elderly gentleman in question was Dariush Shayegan. Writing about what he saw some time later, he said: “It was all there at the same time. It was as if one had succeeded in arranging alongside each other on a horizontal plane all the different layers that are otherwise arranged on top of each other in the geology of our consciousness.”

Born in 1935, Shayegan was not only a respected thinker and scholar of religion, he was also a cosmopolitan of the first order. He published works in French, English and Farsi, but could also read and speak German, Sanskrit and Russian. Anyone who visited his home in the final years of his life entered a private museum of world religions. The surprising thing was that this home was situated in Tehran, a city where one would not expect to find such syncretism and open-mindedness.

Exiled from his native country by the Islamic Revolution in 1979, Shayegan returned in 1991, not least to save his library. Although he lived in a kind of internal exile in Tehran, he was one of the few people that truly bridged the gap between the regime of the mullahs and that of the Shah.

It was Shayegan who came up with the idea of a dialogue between the civilisations, which was launched during the reign of the Shah in 1977 in the form of a conference and was later revived while reformist President Khatami was in office. The culmination of Shayegan’s initiative was when the UN declared 2001 – of all years – to be the year of dialogue among civilisations.

It goes without saying that the dream of peaceful reconciliation on the basis of mutual respect perished in the ashes of the World Trade Center on 11 September. Nevertheless, in the wake of the attack, Shayegan’s unsparing analyses of nihilism in both the West and Asian societies became more topical than ever.

And yet Shayegan was not a sociologist, but a philosopher and scholar of religion. His thinking was worlds apart from the fashionable, post-colonial theory that rejects the cultural and religious depths of colonised societies.

Shayegan’s perspective was a very different one: after attending school in England and Switzerland, he felt the need to find out what bearing and attitude, resistance and dignity remained in Islam beyond a superficial imitation of the West.

Because the questions he asked applied equally to all Asian societies too, Shayegan soon began looking beyond Iran to India, China and Japan. He learned Sanskrit and wrote many studies highlighting the parallels and correlations that had given the Asian region a spiritual continuity and commonality even before the confrontation with the West.

Paradoxically, it was in the West itself – where the question as to the role of tradition and spirituality in the face of materialism and secularism had been posed at a much earlier stage – that Shayegan found the best answers. Like many other intellectuals in the Islamic world, Shayegan not only picked up on the ideas of C.G. Jung, Heidegger and existentialism, but also of scholars of religion such as Rudolf Otto or the French Iranologist Henri Corbin. He became part of an intellectual movement that presupposed a “perennial philosophy”, a spiritual basis common to all humans which is the starting point for a conversation between the civilisations.

This notion seems outdated today. Moreover, “Philosophia perennis” is now the name of an Islamophobic website – a glaring example of the way the new right appropriates vocabulary to its own ends. Shayegan’s oeuvre shows, however, the potential that is still inherent in this idea, especially when it is combined with psychoanalysis and post-structuralism, as was the case in his last major book “The light comes from the West”.

Here, Islamic mystics such as Ibn Arabi and Sohrevardi and Chinese sages such as Zhuang Zhou stand side by side with the Enlightenment philosopher Diderot and Gilles Deleuze’s rhizome theory. Like the root system of the rhizome of some plants, every meaningful idea is linked to many others – just like the shops on the Venice Beach boardwalk that meet the most varied of spiritual needs.

The task is to become aware of this simultaneity and to make the most of its potential. However, this can only succeed if the “Science of the Balance” (Ilm al-Mizan, as the Arab mystics call it) is practiced, i.e. if material and spiritual matters are brought back into equilibrium. 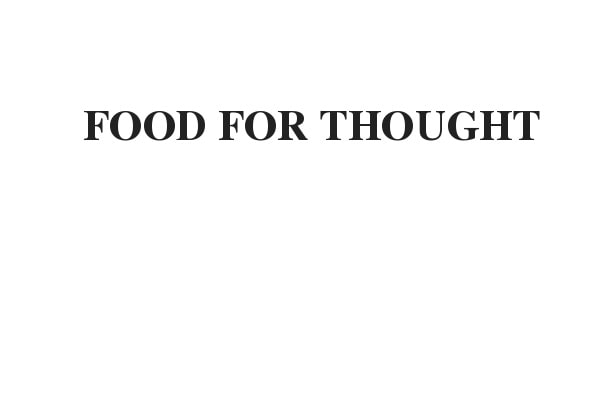