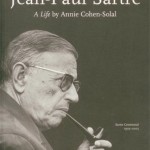 Jean-Paul Sartre explored the problems and joys of being fundamentally free. Existentialism, the belief system with which he is associated, considers the anguish of freedom.

Jean-Paul Sartre, (born June 21, 1905, Paris, France—died April 15, 1980, Paris) French novelist, playwright, and exponent of Existentialism—a philosophy acclaiming the freedom of the individual human being. He was awarded the Nobel Prize for Literature in 1964, but he declined it.