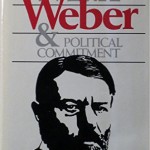 Max Weber explained that modern capitalism was born not because of new technology or new financial instruments. What started it all off was religion.

Max Weber, (born April 21, 1864, Erfurt, Prussia [now Germany]—died June 14, 1920, Munich, Germany) German sociologist and political economist best known for his thesis of the “Protestant ethic,” relating Protestantism to capitalism, and for his ideas on bureaucracy. Weber’s profound influence on sociological theory stems from his demand for objectivity in scholarship and from his analysis of the motives behind human action.